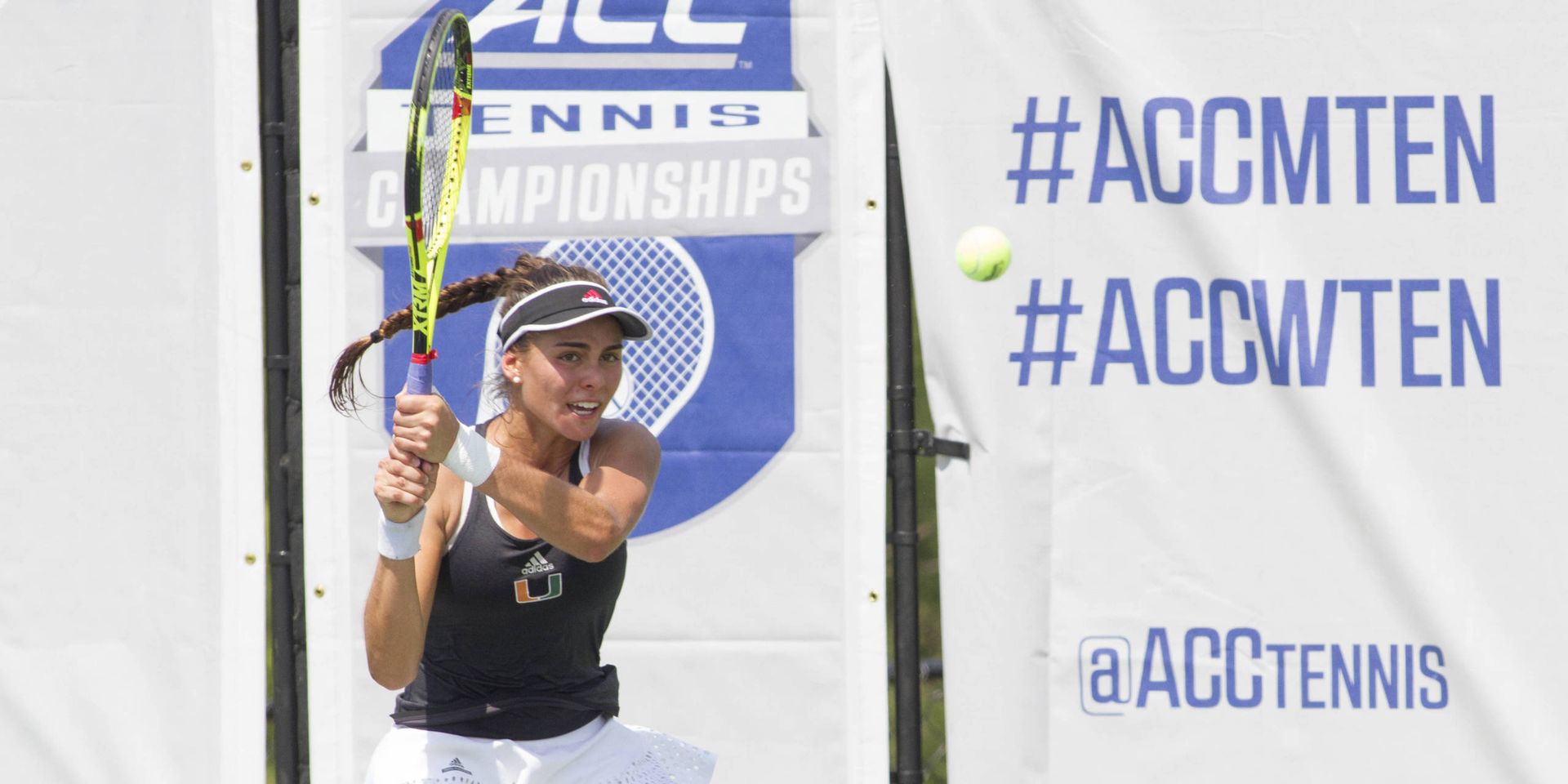 ROME, Ga. – The University of Miami had its six-match winning streak come to an end in the semifinals of the ACC Championship Saturday afternoon.

No. 32 Miami, seeded fourth, dropped a 4-0 decision to fifth-ranked and top-seeded North Carolina at the Rome Tennis Center at Berry College.

“At the end of the day, the better team won,” Miami head coach Paige Yaroshuk-Tews said. “They were pushing us around the court, they were bringing us in and they were making the right moves after using just good angles, on a couple courts especially. They were just a little better than us today, so we wish them the best moving forward.”

Doubles competition took over an hour to complete and came down to a tiebreaker in the final match, with North Carolina (29-2, 13-1 ACC) eking out the opening point.

Freshman Sara Culbertson and junior Silvia Fuentes dropped each of the first four games versus Sara Daavettila and Makenna Jones, en route to a 1-4 deficit. After storming back to even the score at four, they faced two match points at 4-5, both of which they staved off to stay alive.

“I thought we played pretty well in doubles at two and three. And honestly, I think at one, Aney was a little off at the beginning of the match, [so we] got some free points that you typically don’t get out of her,” Yaroshuk-Tews said. “. . . I think we were playing better doubles then I have seen of us lately, but we knew coming into this match that with UNC the tricky part is closing the matches. They have a tendency to raise their level and make a few minor changes when they are down and they did that today in doubles.”

Facing a 2-5 deficit in the second set with the match on the line, redshirt senior Maci Epstein won back-to-back games, but could not take a third, falling to Chloe Ouellet-Pizer, 4-6, 4-6, to end the match.

“Ana has been playing great tennis,” Yaroshuk-Tews said. “She is moving well, she is striking the ball well and she is dictating play.”

Additionally, in a matchup of the ACC’s two highest-ranked freshmen, No. 34 Perez-Somarriba trailed No. 15 Daavettila led, 5-7, 1-2, after winning the regular season match over the then-fourth-ranked Tar Heel.

This marked the first time Miami has been shut out by an ACC opponent since Feb. 7, 2015, over two years ago, when it dropped a 4-0 decision to third-ranked North Carolina in the second round of the ITA National Team Indoor Championship in Charlottesville, Va.

The Hurricanes will now await their destination for the NCAA Team Championship. Miami is seeking a 22nd consecutive berth in the tournament and a 12th straight Sweet 16 appearance