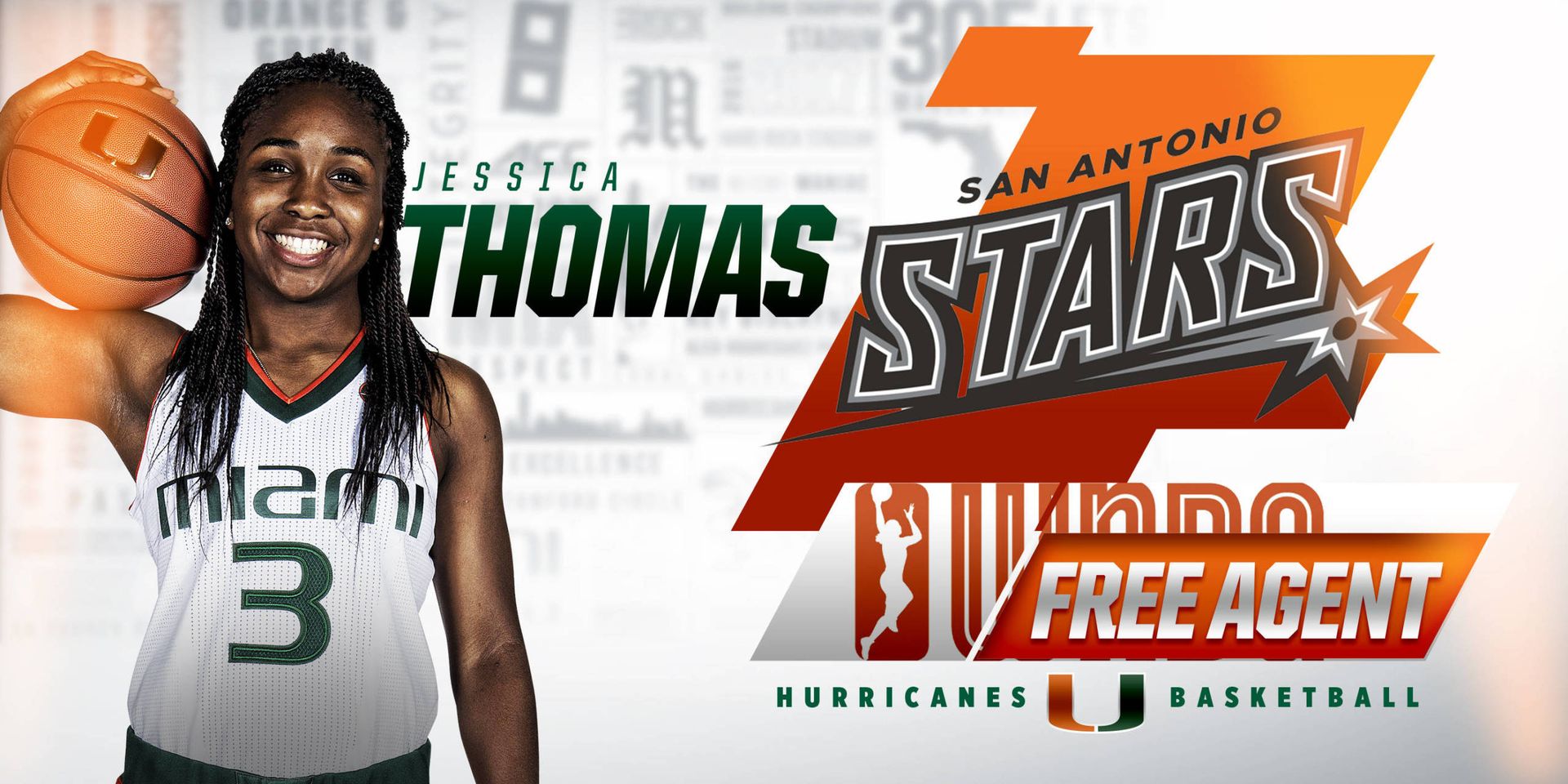 A 5-foot-6 inch guard, Thomas has joined the Stars’ training camp to pursue a position on the team’s roster.

Thomas becomes the third Miami outgoing senior to sign with a WNBA franchise. Previously, guard Adrienne Motley was chosen No. 32 overall in the WNBA Draft by the Indiana Fever and forward Keyona Hayes inked a free agent deal with the Minnesota Lynx.

This is the first time in program history three members of the same Miami senior class have made it to WNBA training camp. The last Hurricane to begin her professional career with the Stars was Shenise Johnson, who was taken fifth in the 2012 WNBA Draft by San Antonio and now plays for Indiana.

A two-time All-ACC Academic Team selection, Thomas also concluded her career No. 16 on the Hurricanes’ all-time scoring list with 1,281 points, averaging 9.9 per game.

Thomas, a two-time team co-captain, earned Second Team All-ACC accolades from both the Blue Ribbon Panel and the ACC Coaches in 2016-17.