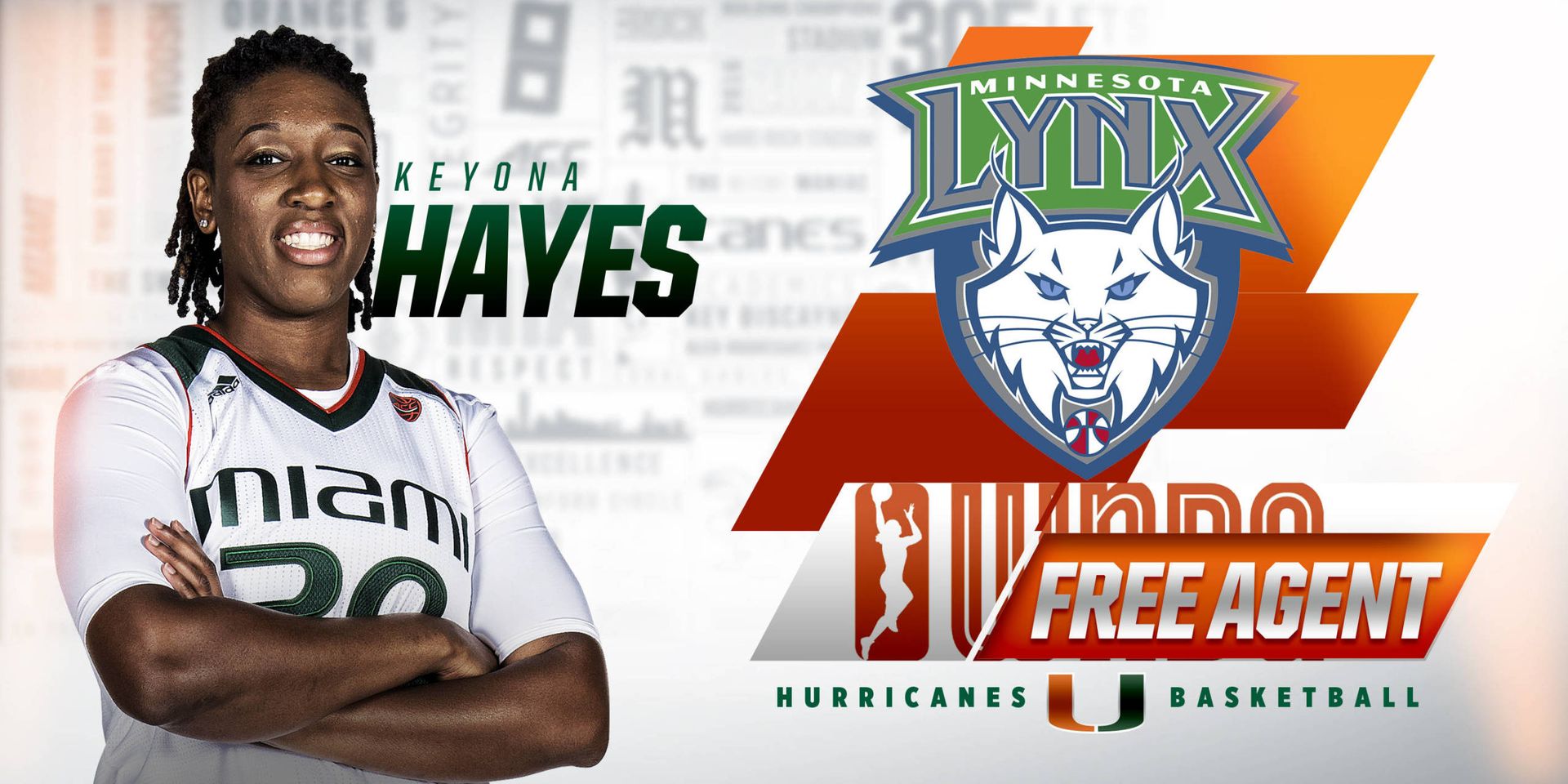 The 6-foot-1-inch forward will head to Minnesota’s training camp this weekend to vie for a spot on the team’s roster.

Hayes is the Miami’s second outing senior to ink with a WNBA team, joining guard Adrienne Motley, who was selected by the Indiana Fever with the No. 32 overall pick in last week’s WNBA Draft.

This is the first time since 2012 two Hurricanes have made a WNBA camp, as that year Shenise Johnson and Riquna Williams were both top-20 picks. Additionally, Hayes is the first Miami player to sign a WNBA undrafted free agent deal since Shawnice “Pepper” Wilson did so in 2013, also with the Lynx.

Hayes ended her stellar career at Miami in the top 10 of three all-time statistical rankings. She tied for third among Hurricanes in games played (129), as well as placed fifth in field goal percentage (.511) and ninth in rebounding (754).

A native of Marietta, Ga., Hayes also finished No. 21 on Miami’s career scoring list (1,141) and has two of the top 10 single-season field goal percentage marks.

During her final year at Miami, Hayes was selected to the ACC All-Tournament Second Team and named the Miami Thanksgiving Tournament MVP. She concluded her career with 14 double-doubles.