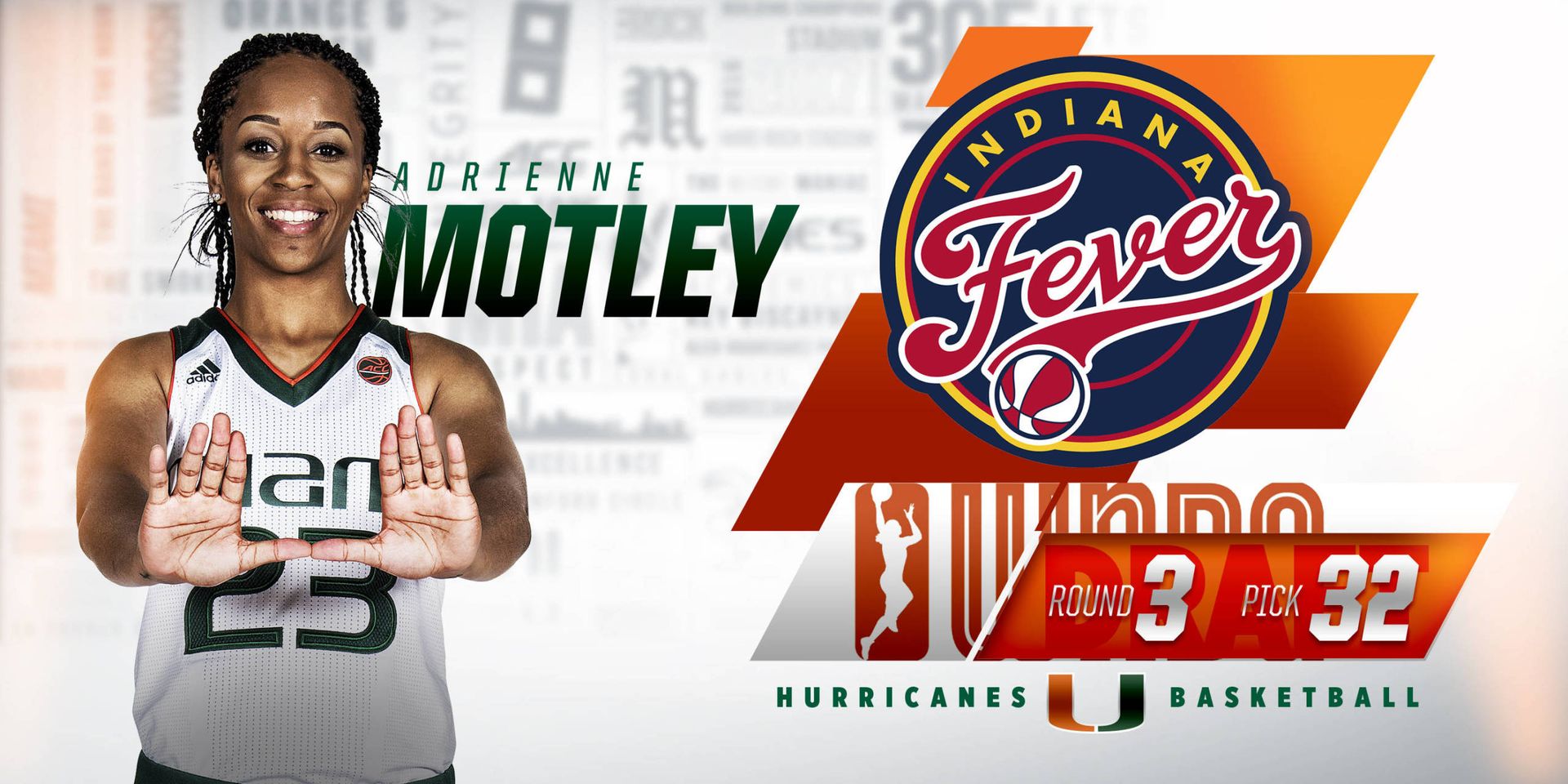 Motley Selected No. 32 by Indiana Fever

CORAL GABLES, Fla. – Senior guard Adrienne Motley of the University of Miami women’s basketball team was selected by the Indiana Fever in the third round of the 2017 WNBA Draft Thursday night.

The 5-foot-9-inch Motley was chosen with the eighth pick of the round, No. 32 overall, at Samsung 837 in New York live on ESPNU.

A three-time All-ACC selection and 2015-16 WBCA All-America Honorable Mention, Motley is the first Hurricane to be drafted by the Fever. Johnson, the 2010-11 ACC Player of the Year, has averaged 10.4 points per game over the past two seasons with Indiana.

A two-year team captain from Newport News, Va., Motley was a Senior CLASS Award finalist and holds the program record for points in an NCAA Tournament game with 30.