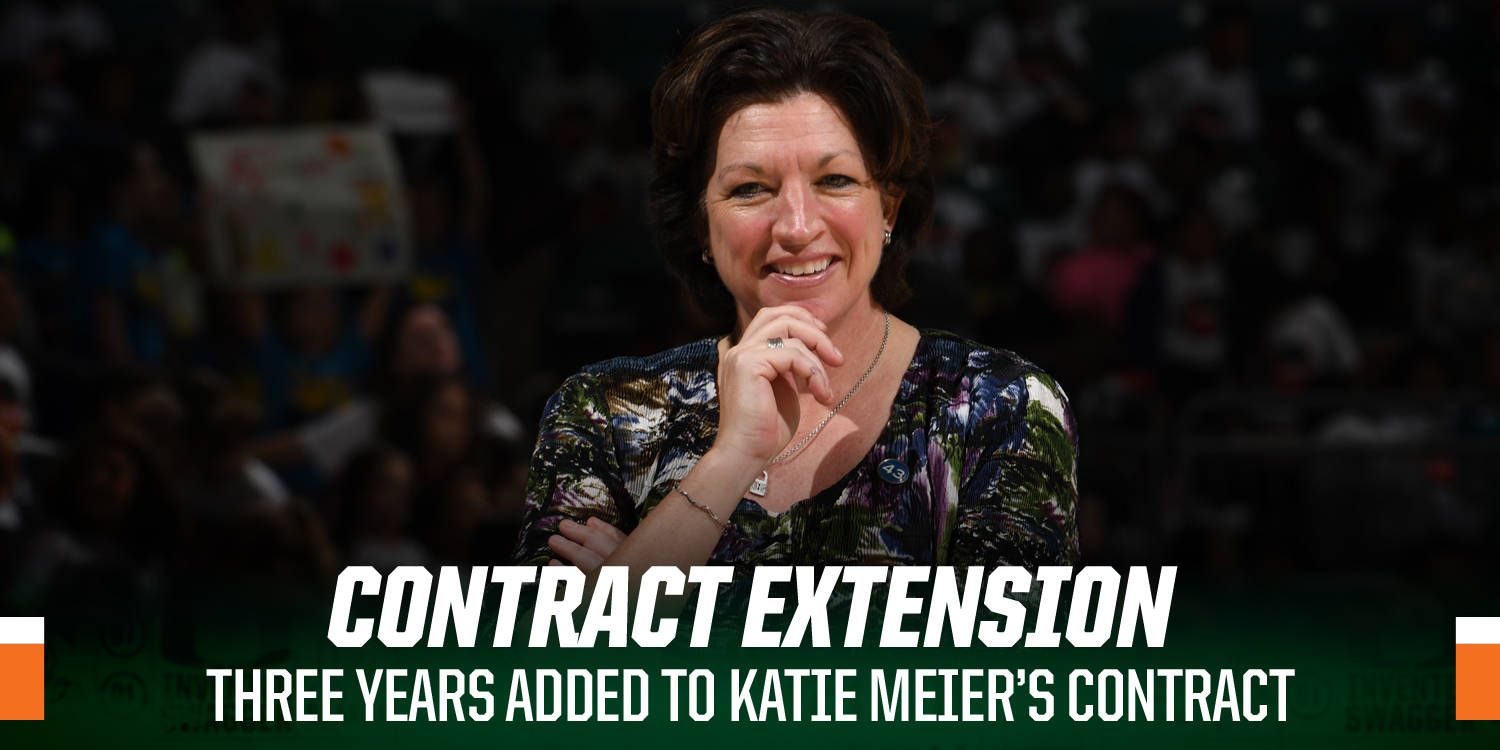 The new contract for Meier, who just completed her 12th season at the helm of the Hurricanes, will run through the 2023-24 campaign.

“Coach Meier has demonstrated the excellence that Miami pursues every day and she is a valued member of our family,” James said.  “We look forward to her leading our women’s basketball program for years to come and to continue building champions, on the court and off.”

A 16-year head coaching veteran with a career record of 307-197, Meier has guided Miami to a 231-152 mark during her time in Coral Gables. She is set to be inducted into the UM Sports Hall of Fame on April 18.

Miami has made eight consecutive postseason berths under Meier’s direction, reaching 20 wins in seven of those campaigns. Over the past seven years, the Hurricanes have earned six NCAA Tournament berths, rank third in the ACC in conference victories and are tied for third in overall victories.

“After the season, when Blake approached me with the extension, I was humbled and extremely grateful. I was also very excited,” Meier said. “Through my conversations with Blake and Deputy AD Jennifer Strawley, it became clear that we all want this program to operate at the highest possible level. I feel so strongly that I want to be a part of that continued growth.

“I’m proud of what my staff has been able to accomplish so far, and yet we all are pushing for that next level. Commitment and continuity are major factors in a program’s development and this extension provides that. Personally, I am so deeply rooted here at The U and in the Miami community, which makes this even more special.”

In 2016-17, Miami finished the season 24-9 (10-6 ACC), advancing to the ACC Tournament semifinals and the second round of the NCAA Tournament. The Hurricanes finished the year No. 19 in the USA TODAY Coaches Poll, the fourth time in the past seven campaigns they have ended the season ranked.