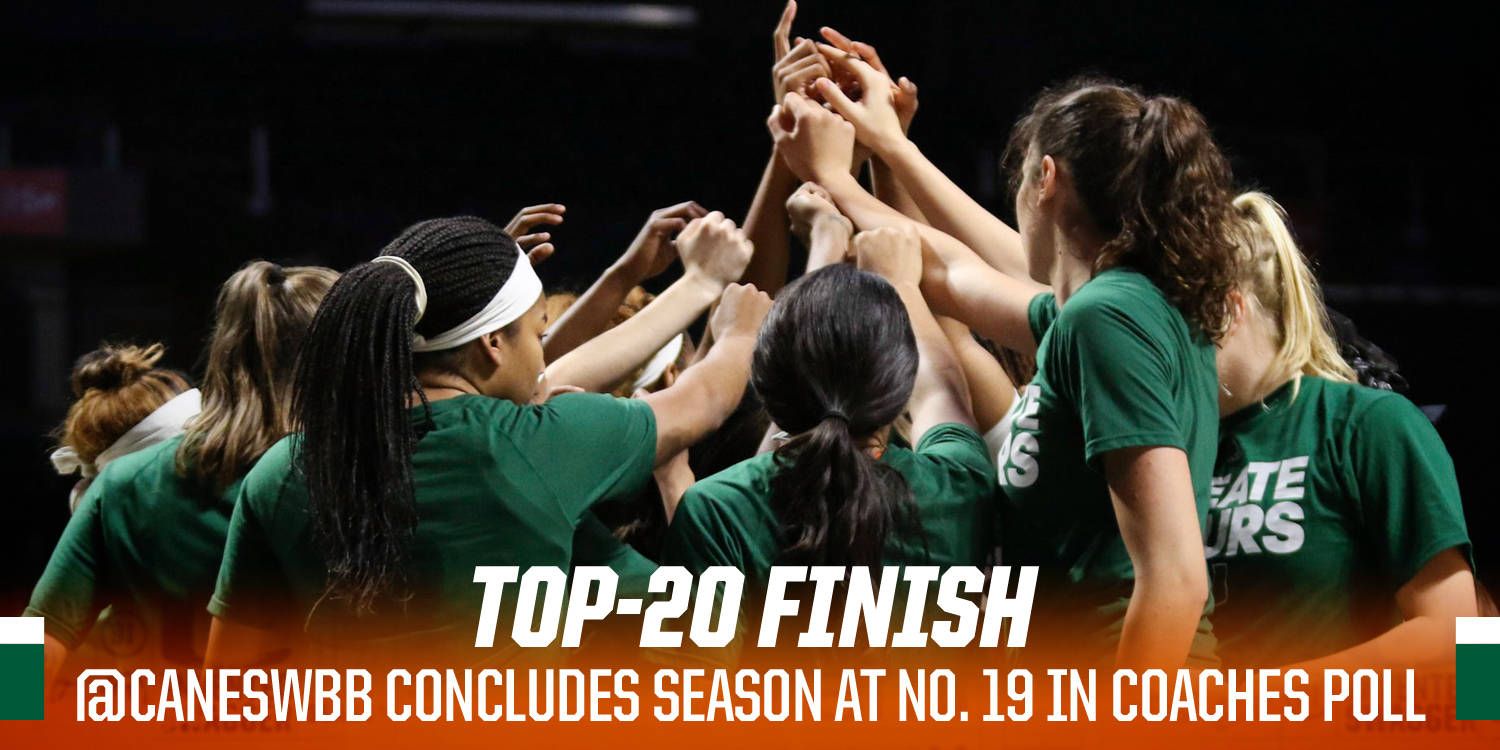 @CanesWBB Finishes No. 19 in Coaches Poll

The mark, one spot above its preseason ranking, is the highest the Hurricanes have concluded a campaign in the Coaches Poll since finishing the 2011-12 season at No. 11 in the nation.

In addition, Miami has now ended back-to-back seasons ranked in the poll, after finishing last year at No. 24 nationally. This is the fourth time in the past eight campaigns the Hurricanes have been ranked after the season.

Miami posted a 24-9 (10-6 ACC) record in 2016-17, earning four top-25 victories, including three away from home. The Hurricanes advanced to the semifinals of the ACC Tournament and the second round of the NCAA Tournament.

Under the direction of 12th-year head coach Katie Meier, Miami was ranked in the top 22 the entire season. The Hurricanes were in the top 19 for each of the final 17 weeks of the year, including Monday’s release.

Miami was among seven teams from the ACC ranked in the season-ending poll, the most of any conference in the country.