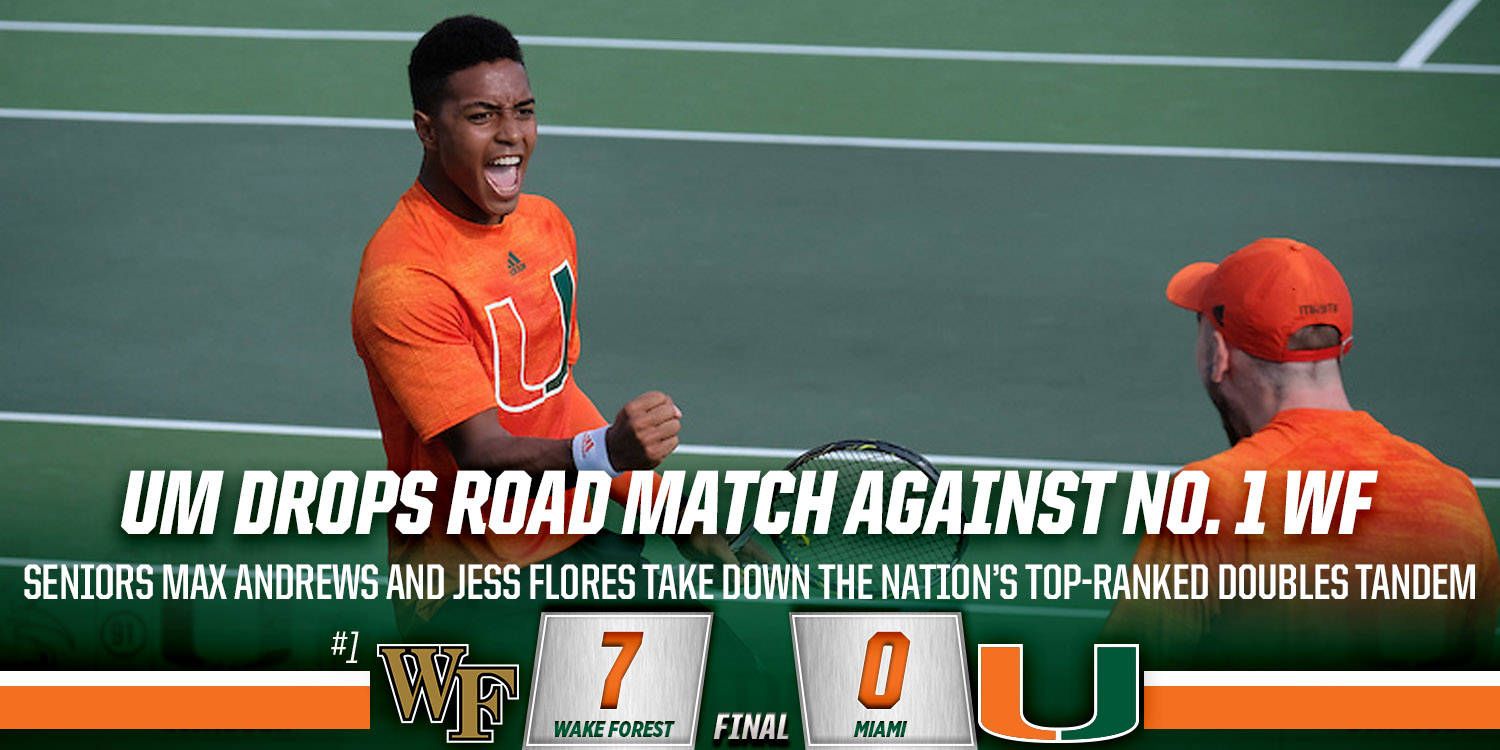 On court one, seniors Jesse Flores and Max Andrews faced off against the nation’s top-ranked doubles tandem Skander Mansouri and Christian Seraphim. As the Canes’ seniors jumped out to the early 2-1 lead, the pairs continued to split points before Flores and Andrews earned the victory, 6-4.

Meanwhile at No. 2, juniors Piotr Lomacki and Nile Clark found themselves trailing, 2-5, early in the match against Borna Gojo and Alan Gadjiev. The juniors fought back and earned the next three points to even the match at 5-5. Following a split of the next two games, the match entered a tiebreaker. Wake Forest’s tandem took the match and doubles point, 7-6 (7-4).

The Hurricanes (6-9, 0-6 ACC) will return to Coral Gables, Fla., as they welcome Boston College and No. 43 University of Notre Dame next weekend to the Neil Schiff Tennis Center. Miami will begin the weekend against the Eagles Friday at 3 p.m., before taking on the Fighting Irish Sunday at noon.