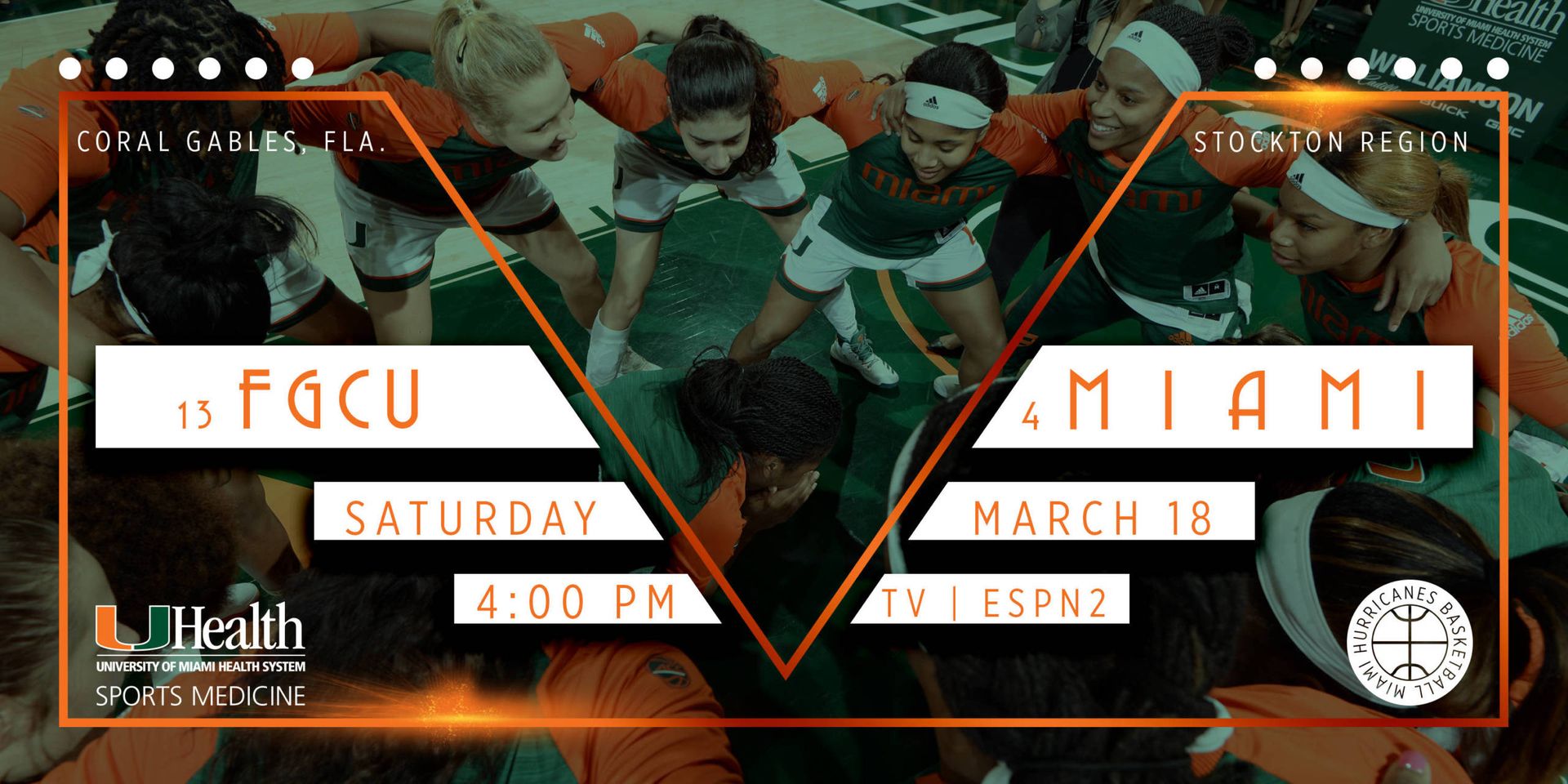 CORAL GABLES, Fla. – For the first time since March 17, 1993, the University of Miami women’s basketball team is set to host an NCAA Tournament game.

For the Hurricanes, this will mark the team’s eighth consecutive postseason berth and their sixth NCAA Tournament appearance in the last seven years.

The Hurricanes won their only prior matchup with FGCU, a contest that also came in Coral Gables to begin a postseason tournament. Miami topped the Eagles, 70-57, on March 18, 2010, in the first round of the WNIT, beginning the team’s run to the championship game.

Miami is coming off a stellar run to a second consecutive ACC Tournament semifinal. After a bye in the first round, the Hurricanes downed Georgia Tech, 87-71, before knocking off then-No. 8/12 Florida State, 56-54, in the quarterfinals for the second year in a row. Miami fell to then-No. 13/11 Duke, 57-52, in the semifinals.

FGCU enters the NCAA Tournament with a record of 26-8 (12-2 ASUN) on the season. The Eagles lead the nation in 3-pointers made with 329. Junior forward Rosemarie Julien is the team’s top scorer, averaging 11.1 points per game.

The Eagles are making their 12th consecutive postseason appearance, 10 of which have come at the Division I level. FGCU is in the NCAA Tournament for the fourth time in the past six years. Last season, FGCU finished 33-6 (14-0) and made the WNIT championship game.

The contest between Miami and FGCU will be broadcast live on ESPN2 with Jenn Hildreth and Steffi Sorensen on the call, and is available on WatchESPN HERE. The action will also be carried live on WVUM 90.5 FM HERE. Live stats for the game can be found HERE.

Prior to Miami’s matchup against FGCU, fifth-seeded Marquette will take on No. 12-seed Quinnipiac Saturday at 1:30 p.m. The victors of the two games are set to square off in the second round Sunday at the Watsco Center at a time to be determined.