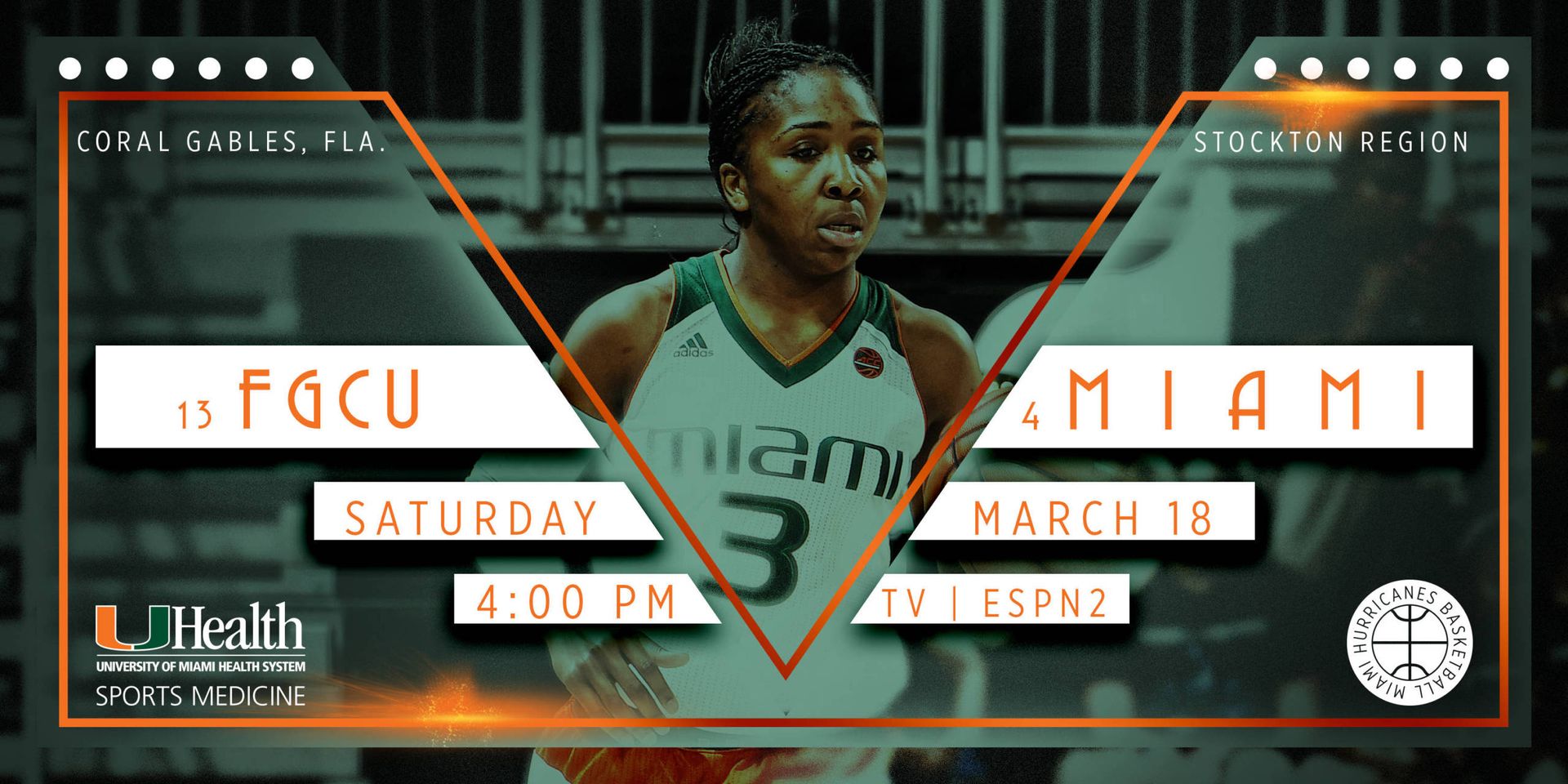 CORAL GABLES, Fla. – The University of Miami women’s basketball team earned a No. 4 seed in the NCAA Tournament and will host the first and second rounds at home at the Watsco Center.

This is the 12th time in program history and the sixth time in the last seven years the Hurricanes have been selected to the NCAA Tournament.

Miami is 5-11 all-time in NCAA Tournament play. The No. 4 seed is the fourth-highest mark in program history and the best since the Hurricanes were seeded third in 2012.

Head coach Katie Meier, in her 12th season at the helm of the Hurricanes, has now led Miami to the postseason for the eighth consecutive year, continuing a program-best streak. The prior mark was three straight from 2002-04.

Miami’s matchup with FGCU is set for Saturday at 4 p.m., and will be televised live on ESPN2. The Hurricanes won their only prior matchup with FGCU, earning a 70-57 victory on March 18, 2010 in the WNIT.