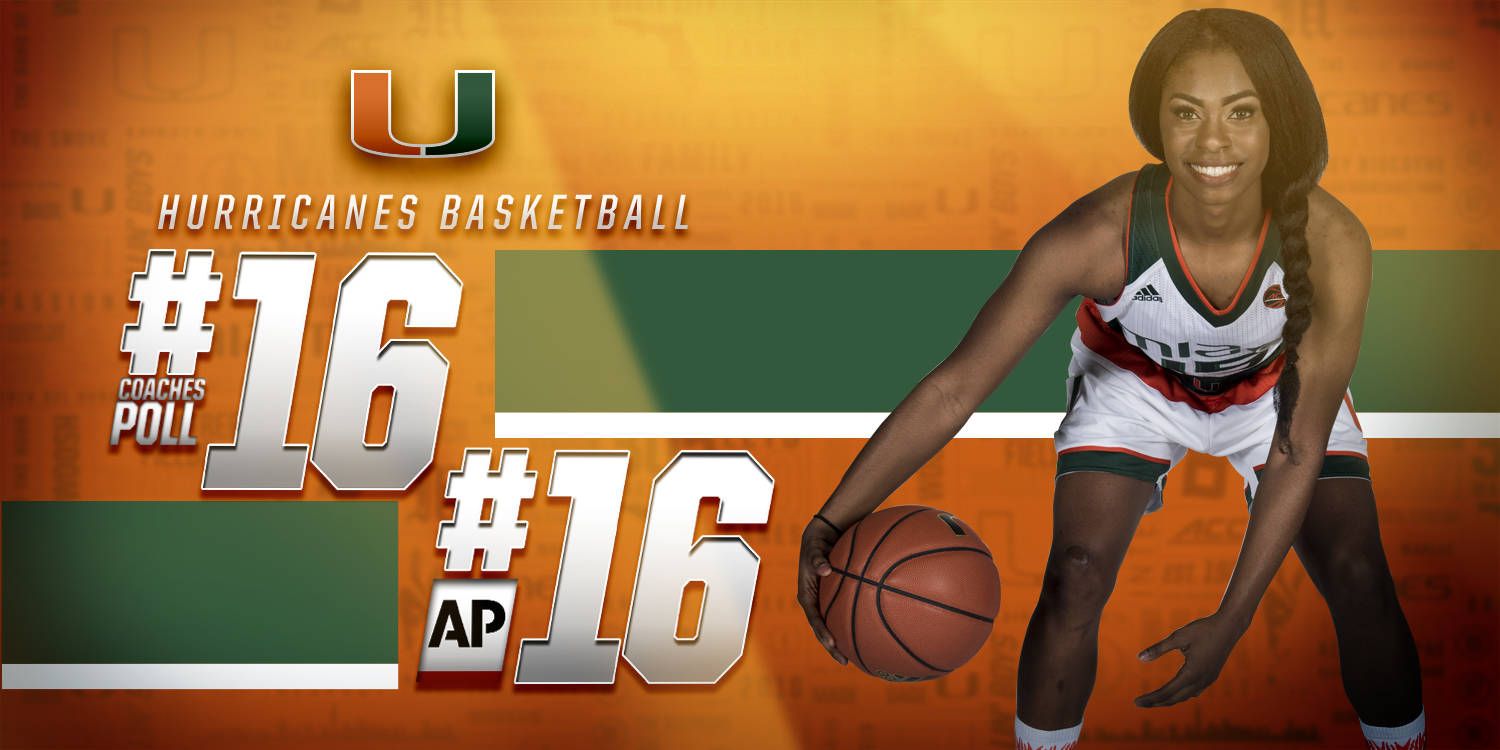 @CanesWBB Holds Steady at No. 16 Nationally

CORAL GABLES, Fla. – The University of Miami women’s basketball team is ranked No. 16 in the country in each major poll for the second week in a row.

Miami (23-8, 10-6 ACC) retained its position in both the Associated Press Poll, released Monday, and the USA TODAY Coaches Poll, released Tuesday. Miami has now been in the top 18 of both polls for 15 consecutive weeks.

In the Coaches Poll, Miami registered 316 points this week, a 15-point improvement over its mark last week.

This is the fifth straight week in which seven ACC teams are ranked in the 21 of both the AP Poll and the Coaches Poll.