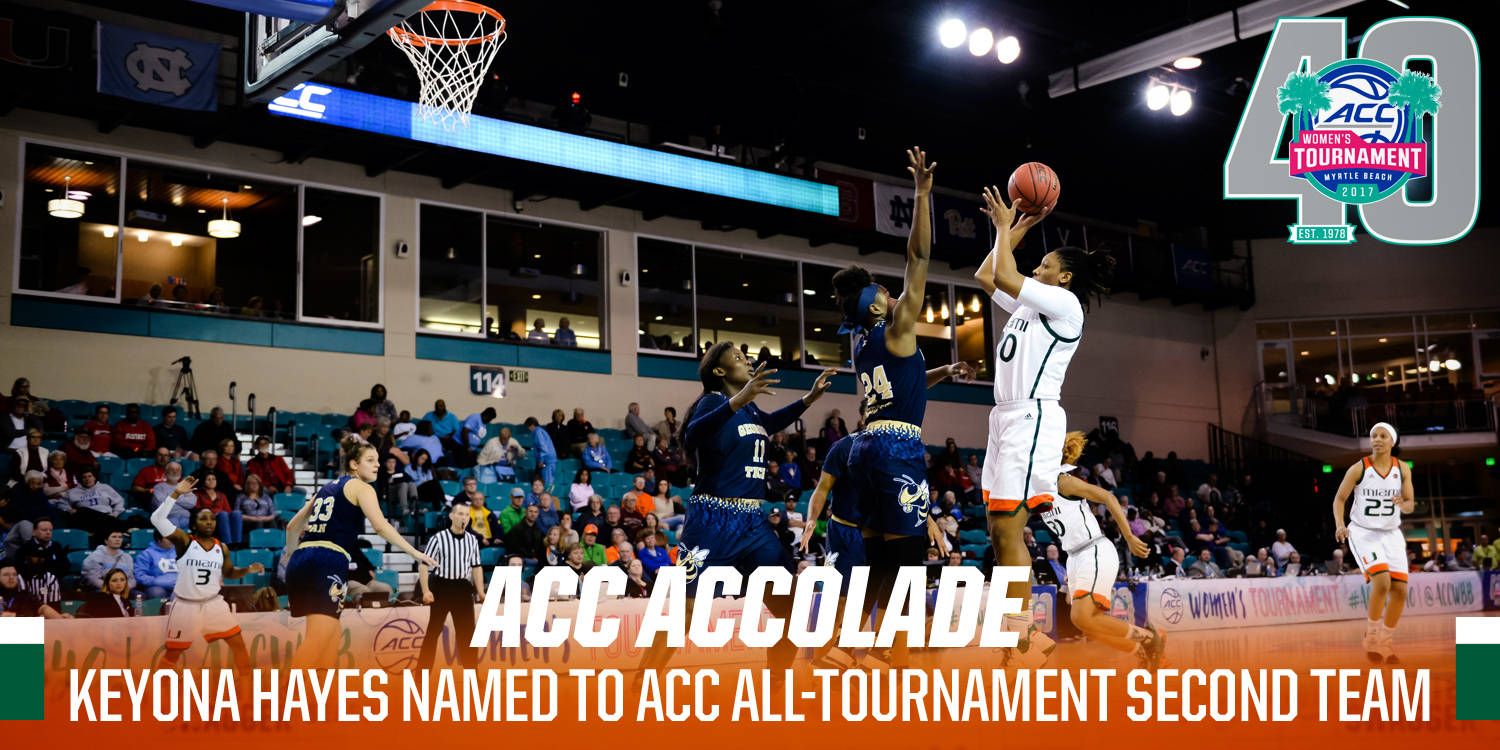 CORAL GABLES, Fla. – For the second consecutive season, a University of Miami women’s basketball player was tabbed to the ACC All-Tournament Second Team.

A native of Marietta, Ga., Hayes averaged 15.0 points per game across Miami’s three outings, posting double figures and either leading or co-leading the Hurricanes in scoring each time.

Hayes shot 20-of-30 from the field and her 66.7 percent clip tied for seventh among all players. Her 30 attempts were tied for the second-most of any player in the top 15 in field goal percentage.

The seventh-seeded Hurricanes defeated No. 10-seed Georgia Tech and second-seeded Florida State, ranked No. 8/12, to advance to the semifinals for the second straight year, before falling to third-seeded and No. 13/11-ranked Duke.