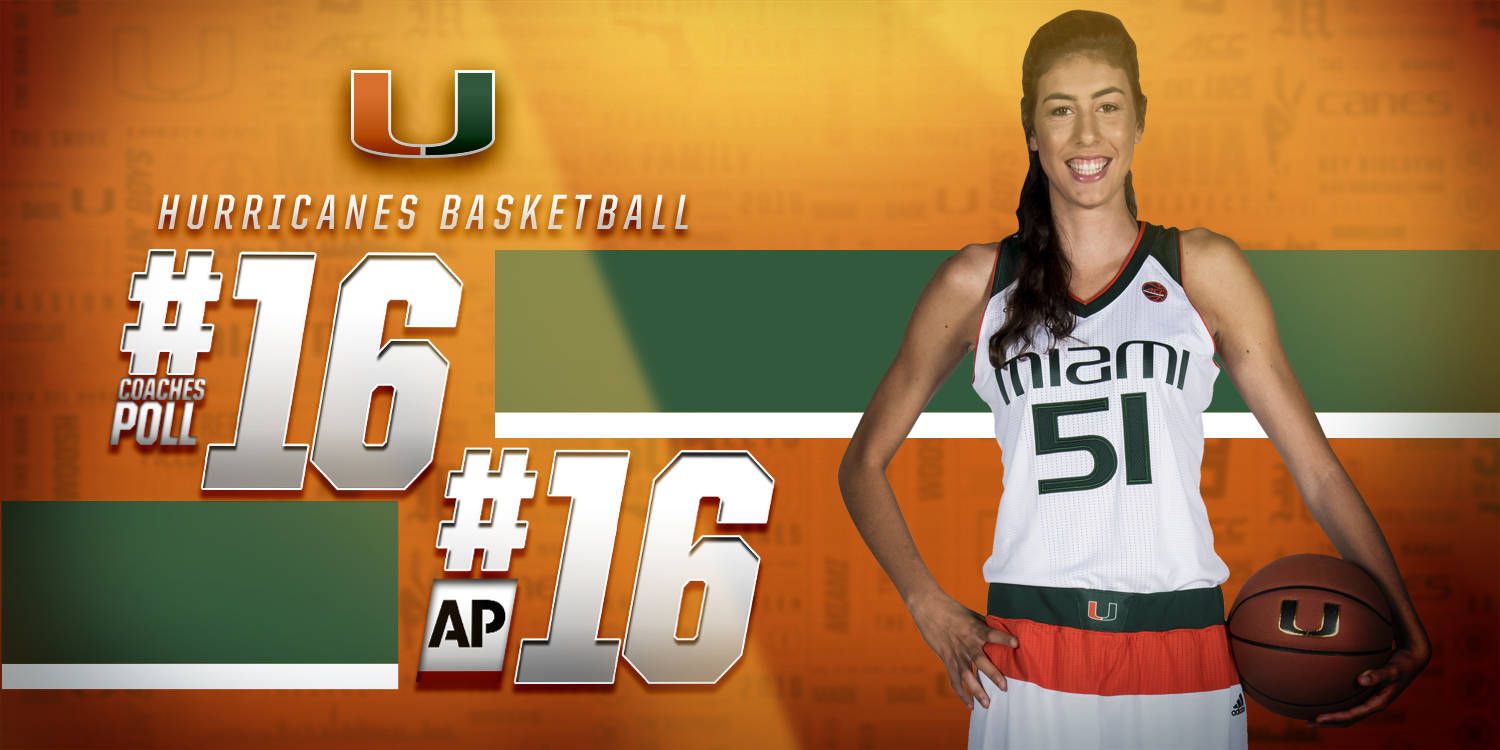 CORAL GABLES, Fla. – The University of Miami women’s basketball team ascended one position in both major polls this week.

Miami (21-7, 10-6 ACC) is ranked No. 16 in the Associated Press Poll, released Monday, and the USA TODAY Coaches Poll, released Tuesday. This is the 14th straight week the team is ranked in the top 18 nationally.

The Hurricanes are coming off a 2-0 week that included a 79-69 victory Thursday at Virginia Tech and a 75-70 home win Sunday over Georgia Tech. Redshirt senior forward Keyona Hayes and senior guard Adrienne Motley combined for 85 points in the two games.

Miami earned 293 points in the AP Poll, a 19-point increase over last week’s mark. The Hurricanes were in the top 19 on all 33 ballots cast this week.

For the fourth week in a row, seven ACC teams are ranked among the top 21 teams in the nation in both polls.

The Hurricanes open ACC Tournament play Thursday at 6 p.m., in Conway, S.C., where they will face either Georgia Tech or Boston College.