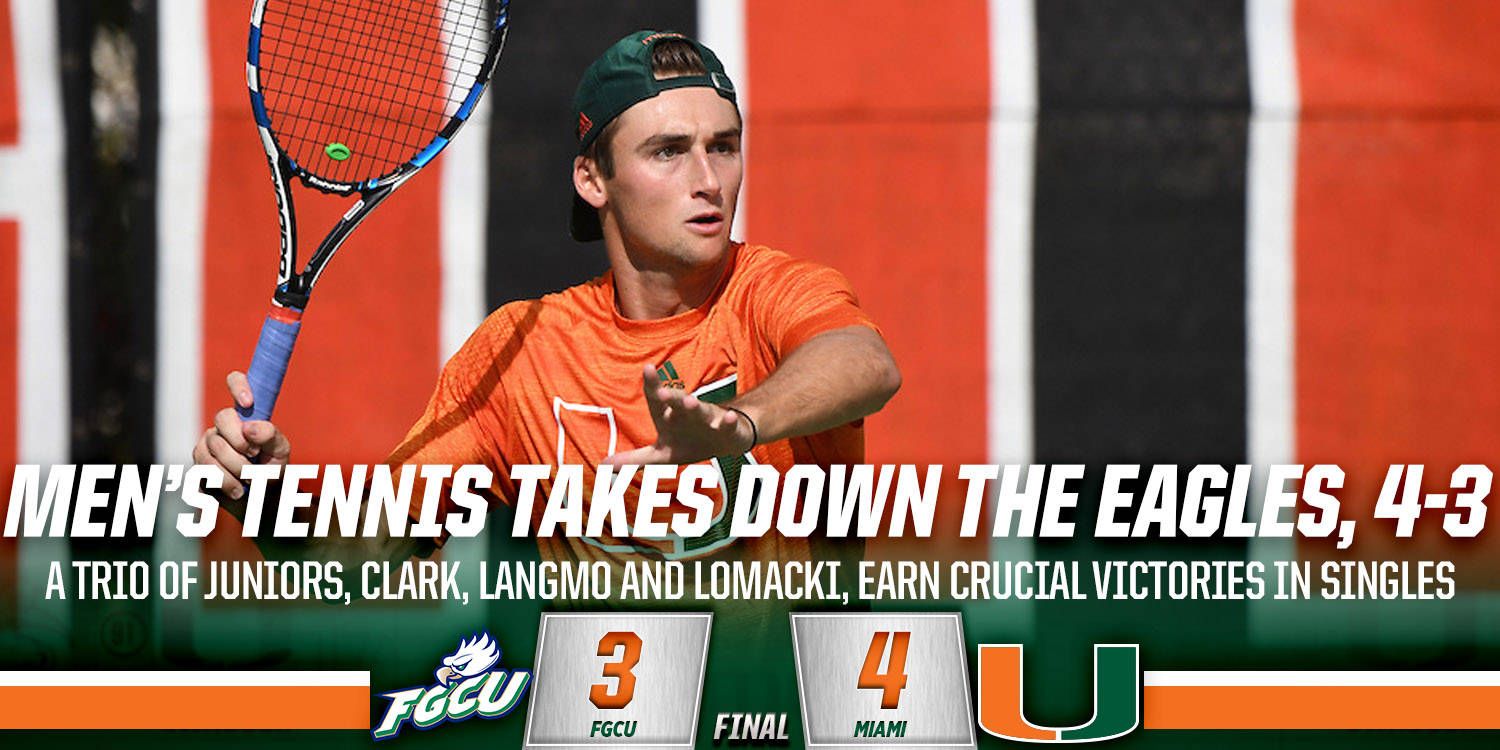 “Happy to get a win today,” head coach Aljosa Piric said. “This match could have easily turned on us. FGCU showed some perseverance, as they kept coming back at us throughout the match.”

The Hurricanes (4-3, 0-1 ACC) opened the match strong with a pair of doubles victories to take the one point advantage, as well as momentum into singles play.

At No. 3, junior Christian Langmo and sophomore Dane Dunlap got the day started, taking down Pedro Carle and Ezequiel Cerrini, 6-2.

At No. 2, juniors Piotr Lomacki and Nile Clark got the Canes on the board first, after defeating Javier Fernandez and Mateo Ruiz, 7-6 (7-3).

The Hurricanes continued to hold the advantage over the Eagles with Langmo and Lomacki taking care of business on their respective courts.

At No. 2, Langmo gave Miami a two-point advantage after earning a straight-set victory over Cerrini, 6-2, 6-4.

On court one, No. 70 Lomacki dropped the opening set to Landert, 3-6. The native of Poland got back on track taking the second set, 6-1. In the deciding third set, the junior held the 3-0 advantage, before Landert retired from the match.

“A lot of credit to Nile who was able to clinch the match for us, in his first singles match of the year,” Piric said. “Our collective fight was better today, but we need to continue to work and improve. We have an important stretch coming up. We will get back to work and get ready to compete next week against a good ETSU team.”

Miami will return to the Neil Schiff Center Monday, March 6 at 4 p.m., as the Canes welcome East Tennessee State.