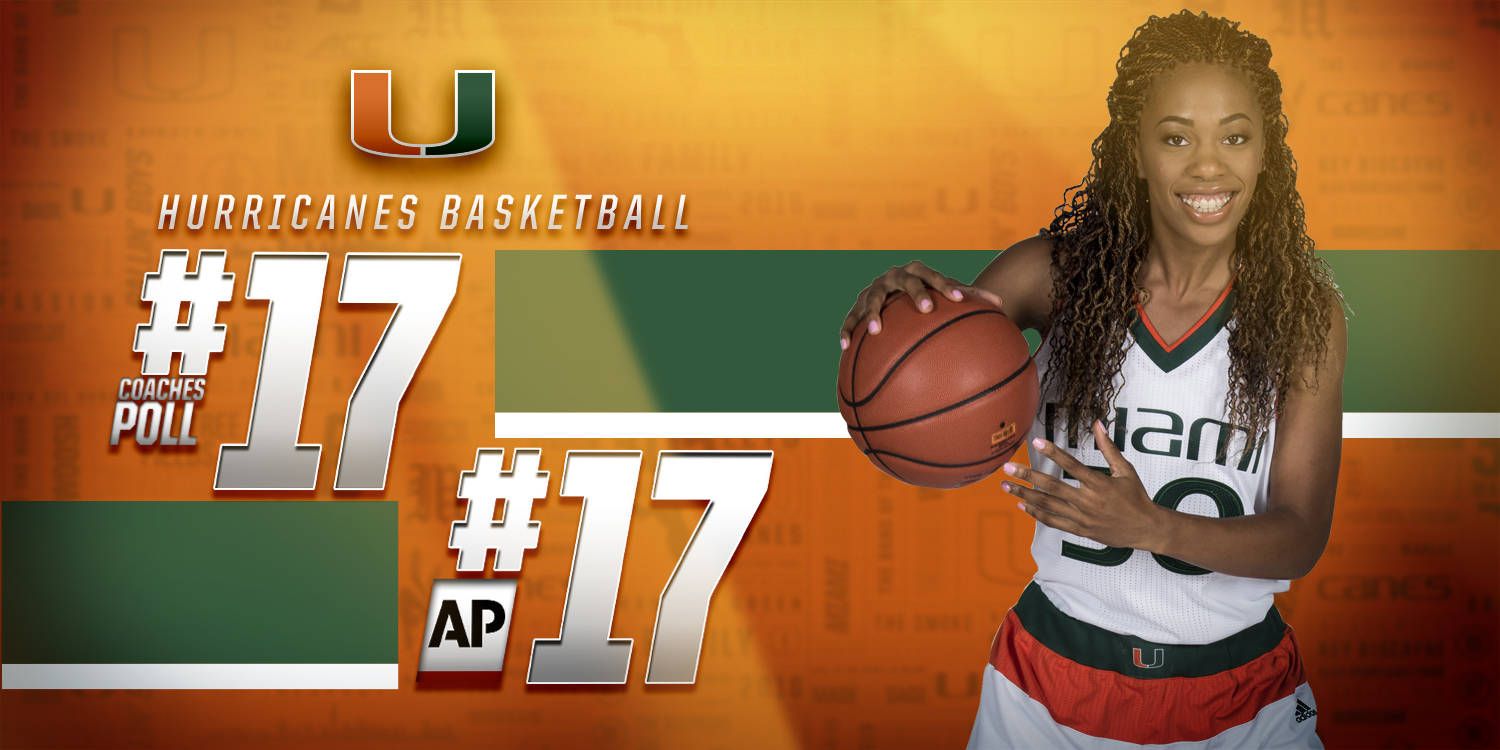 @CanesWBB Ranked No. 17 in Both Polls

CORAL GABLES, Fla. – The University of Miami women’s basketball team is ranked No. 17 in both major national polls this week.

In the AP Poll, Miami earned 274 points this week. The Hurricanes were placed in the top 20 by 31 of the 33 and appeared as high as No. 14 on one ballot. Meanwhile, in the Coaches Poll, Miami registered 255 points.

This is the 13th consecutive week the Hurricanes are ranked in the top 18 of both the AP Poll and the Coaches Poll.

For the third straight week, there are seven teams in the ACC ranked in the top 21 nationally of both polls.

Miami will be back in action Thursday night at 7 p.m., when it takes on Virginia Tech in Blacksburg, Va.