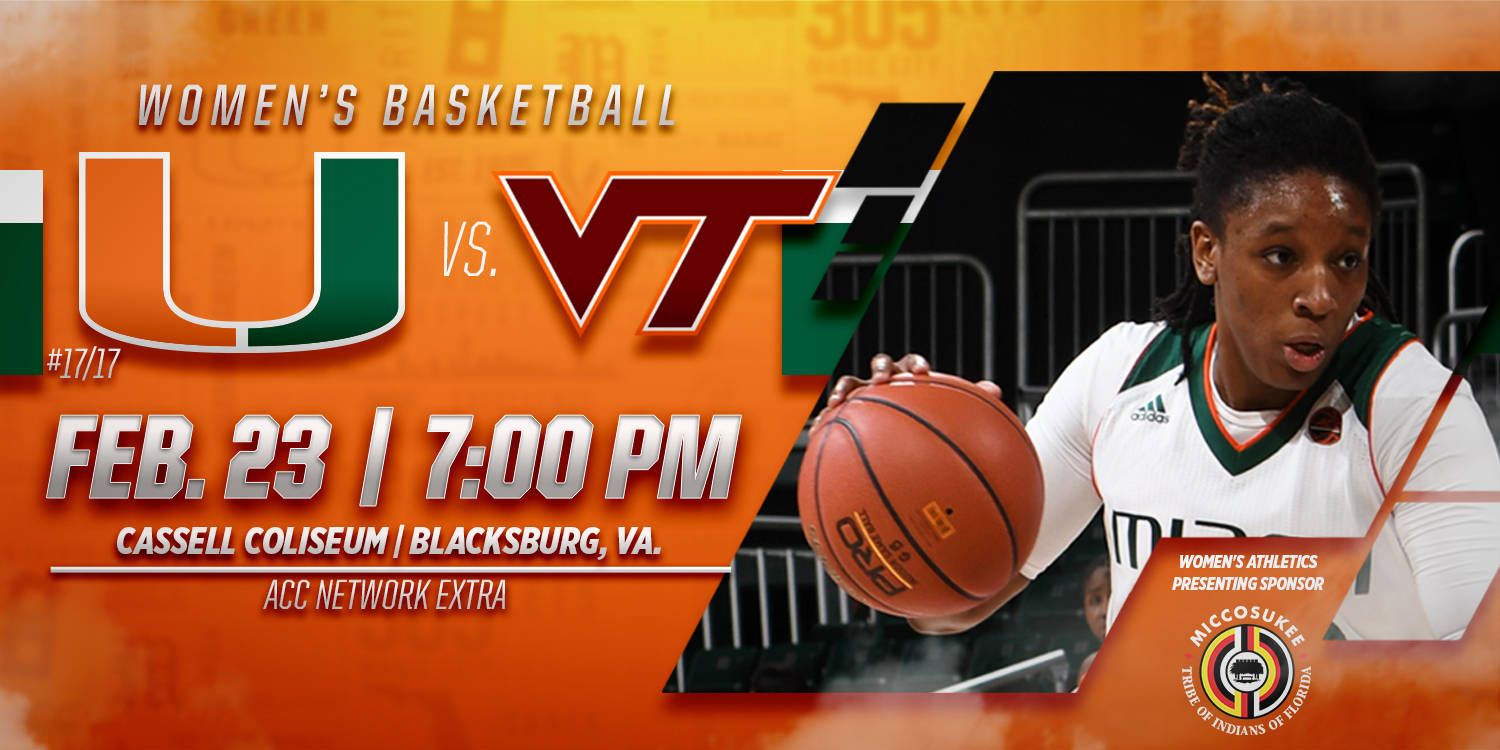 The Hurricanes are 17-6 all-time against Virginia Tech, winning each of the past 11 meetings, good for its longest active winning streak against any ACC opponent. Earlier this year, Miami handed then-No. 15/16 Virginia Tech its first loss of the year, earning an 82-75 home victory on Jan. 11 behind a quintet of double-digit scorers.

In its most recent outing, Miami dropped an 83-70 decision at No. 13/14 Duke Sunday in Durham, N.C. Senior guard Adrienne Motley paced the Hurricanes with a season-high 23 points in the game.

After starting 15-0 before dropping its first game of the year against Miami, Virginia Tech is now 16-11 (3-11 ACC) and enters Thursday’s contest on a 10-game losing streak. Sophomore guard Chanette Hicks paces the Hokies in points (15.8), assists (5.1) and steals (3.7) per game.

The meeting between the Hurricanes and Hokies will be broadcast live on ACC Network Extra HERE, as well as carried live on WVUM 90.5 FM HERE. Live stats for the game can be found HERE.

After taking on Virginia Tech, Miami will return home to host Georgia Tech on senior day in its regular season finale, Sunday at 1 p.m., at the Watsco Center.