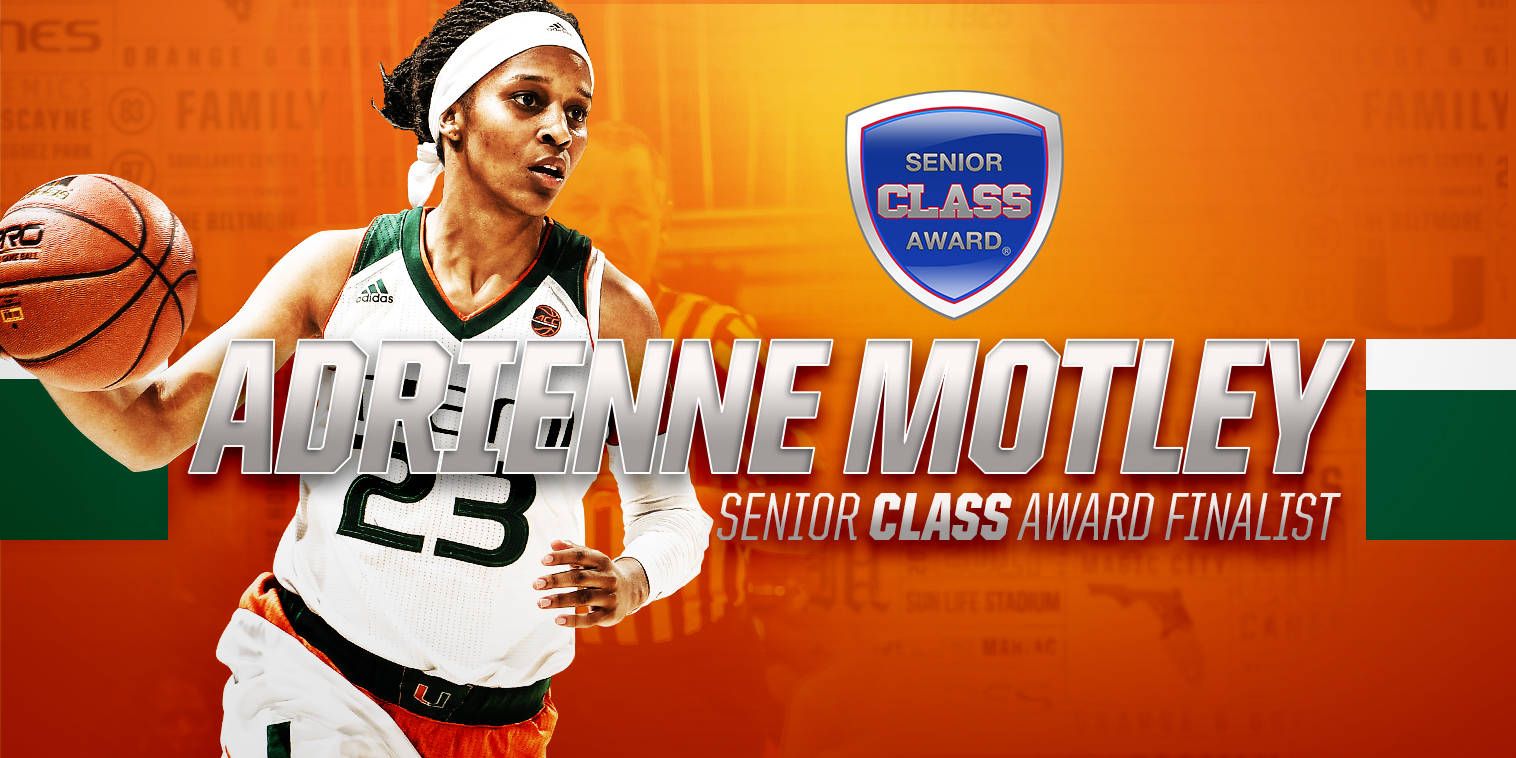 CORAL GABLES, Fla. – Adrienne Motley of the University of Miami women’s basketball has been named a finalist for the Senior CLASS Award, as announced Wednesday.

A guard from Newport News, Va., Motley is one of just 10 Division I women’s basketball players in the country remaining on the list for the prestigious award, including one of three from the ACC.

A two-time First Team All-ACC selection, Motley ranks seventh all-time at Miami with 1,729 points in her illustrious career, good for the second-most among active ACC players. An electronics communications major who minors in marketing, she was named to the 2013-14 All-ACC Academic Team.

Motley has participated in a variety of community service events and initiatives throughout her four years at Miami and is in her second year as a team co-captain.

To be eligible for the Senior CLASS Award, a student-athlete must be classified as an NCAA Division I senior and have notable achievements in four areas of excellence: community, classroom, character and competition.

Each of the candidates volunteers his or her time with charitable organizations and causes while upholding a reputation for positive character on campus and in the community.

Nationwide fan voting begins immediately to help select the winner, and fans are encouraged to submit votes online at the Senior CLASS Award website through March 20. Fan votes will be combined with those of the media and Division I head coaches to determine the winners. The Senior CLASS Award recipients will be announced during the 2017 NCAA Men’s Final Four® and NCAA Women’s Final Four®.