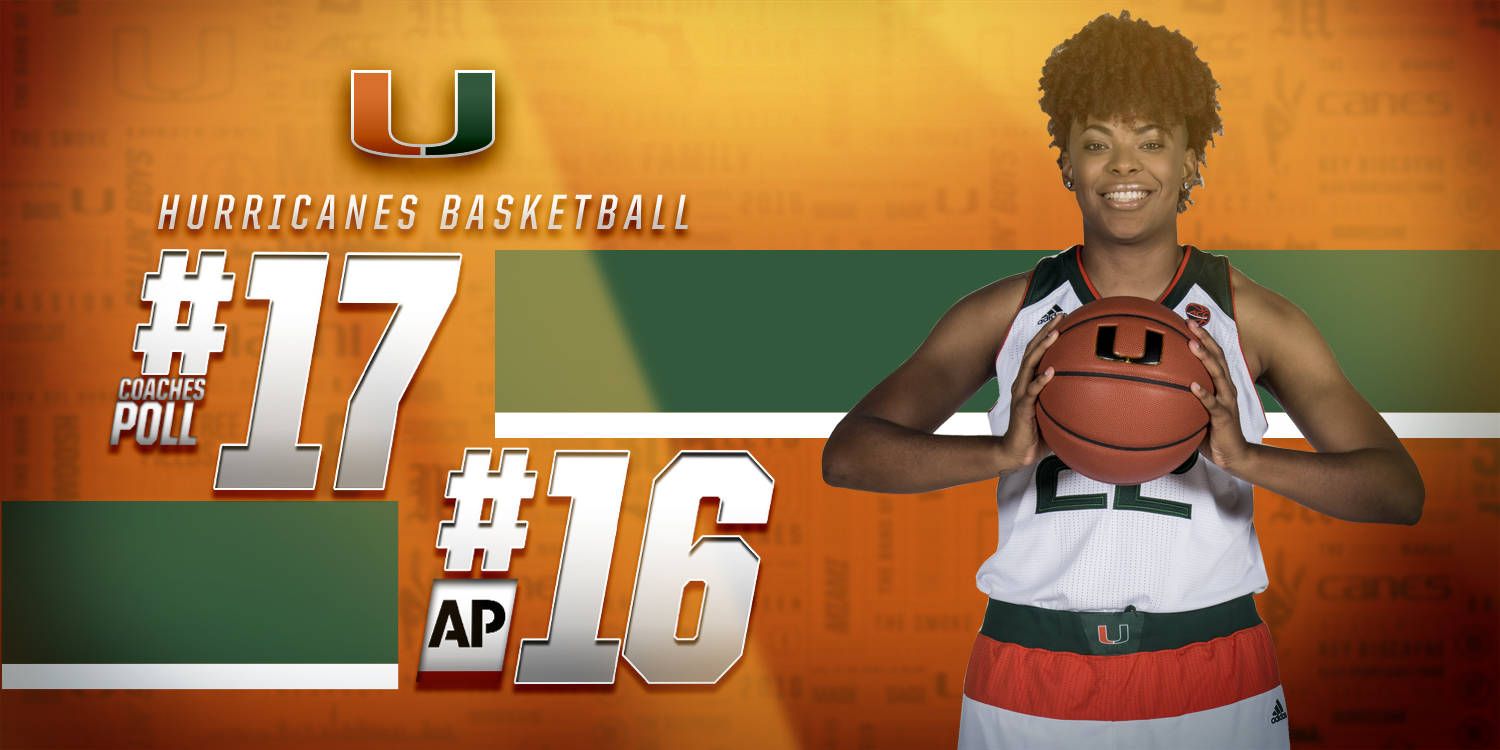 CORAL GABLES, Fla. – The University of Miami women’s basketball team retained its spots this week in both the Associated Press Poll and the USA TODAY Coaches Poll.

Miami (19-6, 8-5 ACC) checks in at No. 16 in the AP Poll, released Monday, and places No. 17 in the Coaches Poll, released Tuesday. This marks the 12th straight week head coach Katie Meier’s team has been in the top 18 of both major polls.

The Hurricanes won a pair of home games in the past week, posting a 63-52 victory Thursday against Virginia before topping Clemson, 81-57, Sunday.

Miami’s point total in the AP Poll was nearly identical to what it was last week, increasing from 311 to 313. Ten writers put Miami in the top 15, including one casting a vote for the team at No. 13 nationally.

In the Coaches Poll, the Hurricanes gained 27 points over last week, earning a total of 289. Additionally, Miami is no longer tied with NC State for the No. 17 spot, garnering sole possession of it this week.

For the second consecutive week, there are seven teams from the ACC ranked in the top 21 of both the AP Poll and the Coaches Poll.

The Hurricanes return to the court Sunday afternoon in Durham, N.C., where they will face No. 13/14 Duke at 1 p.m.