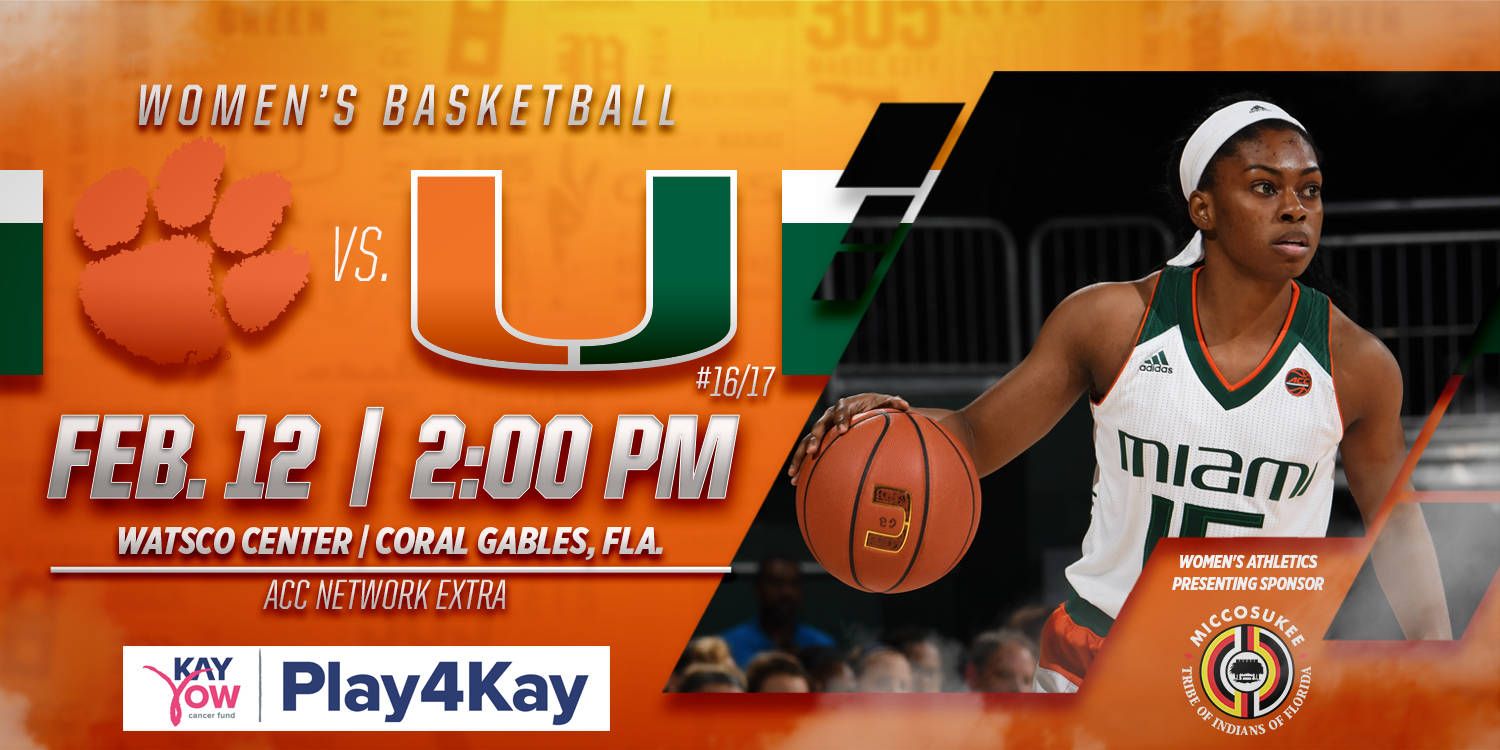 CORAL GABLES, Fla. – The University of Miami women’s basketball team is set to take on Clemson Sunday afternoon at the Watsco Center.

The Hurricanes are 9-6 all-time against Clemson, earning victories in six of the past seven meetings. Most recently, Miami logged an 83-49 road win on Jan. 10, 2016, good for its largest margin of victory in ACC play during the 2015-16 season.

In their last outing, the Hurricanes notched a 63-52 home win against Virginia Thursday night. Senior guards Adrienne Motley and Jessica Thomas co-led all scorers with 15 points, and Motley moved into eighth place on Miami’s all-time scoring list, surpassing 1,700 points in the process.

Redshirt senior forward Keyona Hayes tallied 14 points and a season-high 13 rebounds in the win, moving past both 1,000 points and 700 rebounds as a collegian. She is the ninth player in program history to achieve both feats.

Clemson is 14-11 (3-9 ACC) thus far and the Tigers have won three of their past four games after previously losing 39 conference outings in a row. Junior wing Nelly Perry leads the way for Clemson, averaging 12.2 points per game.

The matchup between Miami and Clemson will be broadcast live on ACC Network Extra HERE, as well as carried live on WVUM 90.5 FM HERE. Live stats for the game can be found HERE.

In conjunction with it being the Play4Kay game, the first 500 fans in attendance will receive a pink shirt and there will also be pink pompoms given away. Additionally, Hayes will be honored before the game for scoring her 1,000th point.

Prior to the game is the Celebration of Women’s Athletics and the student-athlete award winners will be recognized on the court during the game. Team posters and schedule cards will be available at the marketing table by the main entrance.