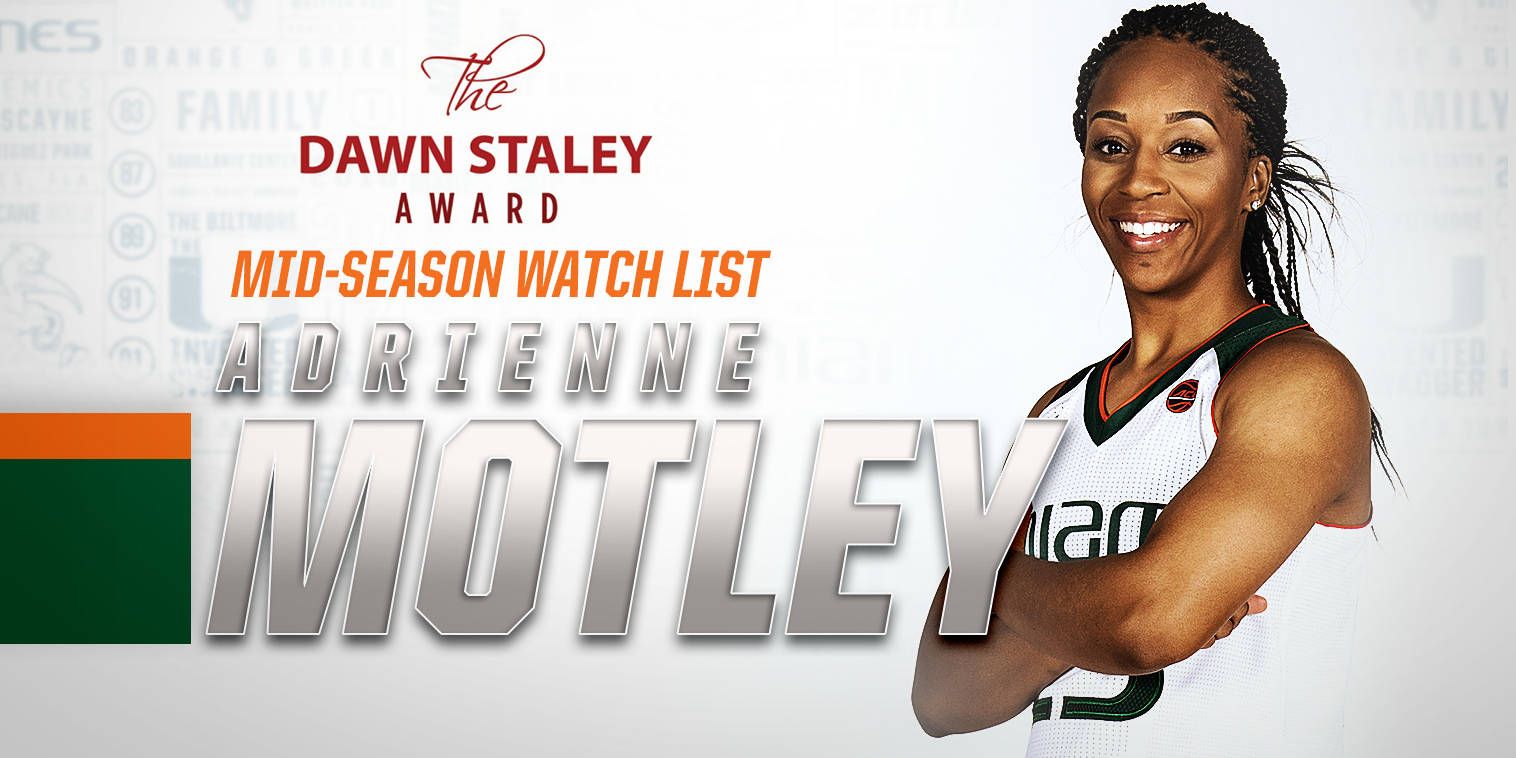 This is the second consecutive year Motley has received this honor. Of the 19 players on the list, the senior guard is one of just seven who were included last season, too.

Miami is one of three ACC schools with a representative on the 2017 list. Joining Motley from the ACC is Lexie Brown of Duke and both Alexis Peterson and Brittney Sykes of Syracuse. Peterson is the lone other ACC player who was selected last year, too.

For Motley, this is the fifth watch list/award nomination she has received in 2016-17. Previously, Motley was chosen to the John R. Wooden Award Preseason Top 30, the Naismith Trophy Player of the Year Preseason Watch List and the Nancy Lieberman Award Pre-Season Watch List, as well as listed as a Senior CLASS Award candidate.

A native of Newport News, Va., Motley ranks second in scoring among active ACC players with 1,699 points in her illustrious career. That figure places her No. 20 nationally at the Division I level.

ABOUT THE DAWN STALEY AWARD

The Dawn Staley Award is given to the most outstanding collegiate guard in the country; a player who exemplifies the skills that Dawn possessed during her career (ball handling, scoring, her ability to distribute the basketball and her will to win). The Award will be announced during Final Four weekend and the award ceremony will be held in April, 2017 at the Union League of Philadelphia.