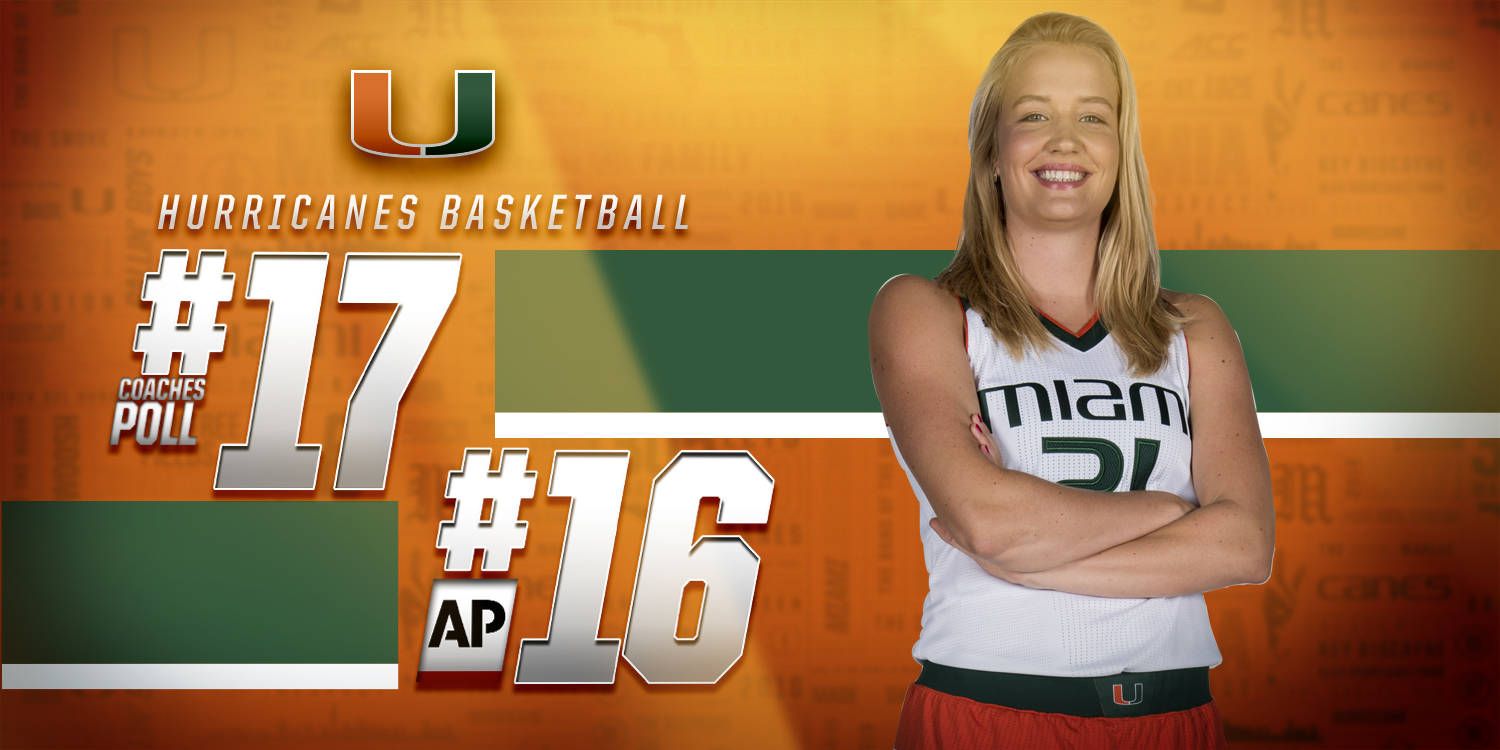 @CanesWBB Ranked No. 16/17 in National Polls

CORAL GABLES, Fla. – The University of Miami women’s basketball team held steady in one major national poll this week and dropped one spot in the other.

The Hurricanes went 1-1 on the road in the past week, registering a 79-56 win at Wake Forest Thursday for the 300th victory of head coach Katie Meier’s career, and then falling, 80-71, Monday at fifth-ranked Florida State.

In the AP Poll, Miami saw a slight increase in its point total, gaining 11 more than last week for a total of 331. The Hurricanes earned 11 top-15 votes, including one at No. 13.

Meanwhile, in the Coaches Poll, Meier’s team received 262 points in the balloting to tie with NC State in the No. 17 position.

There are seven teams from the ACC in the top 20 of both the AP Poll and the Coaches Poll this week.

Miami will be back in action Thursday at 7 p.m., when it hosts Virginia at the Watsco Center in the first of two straight home matchups.