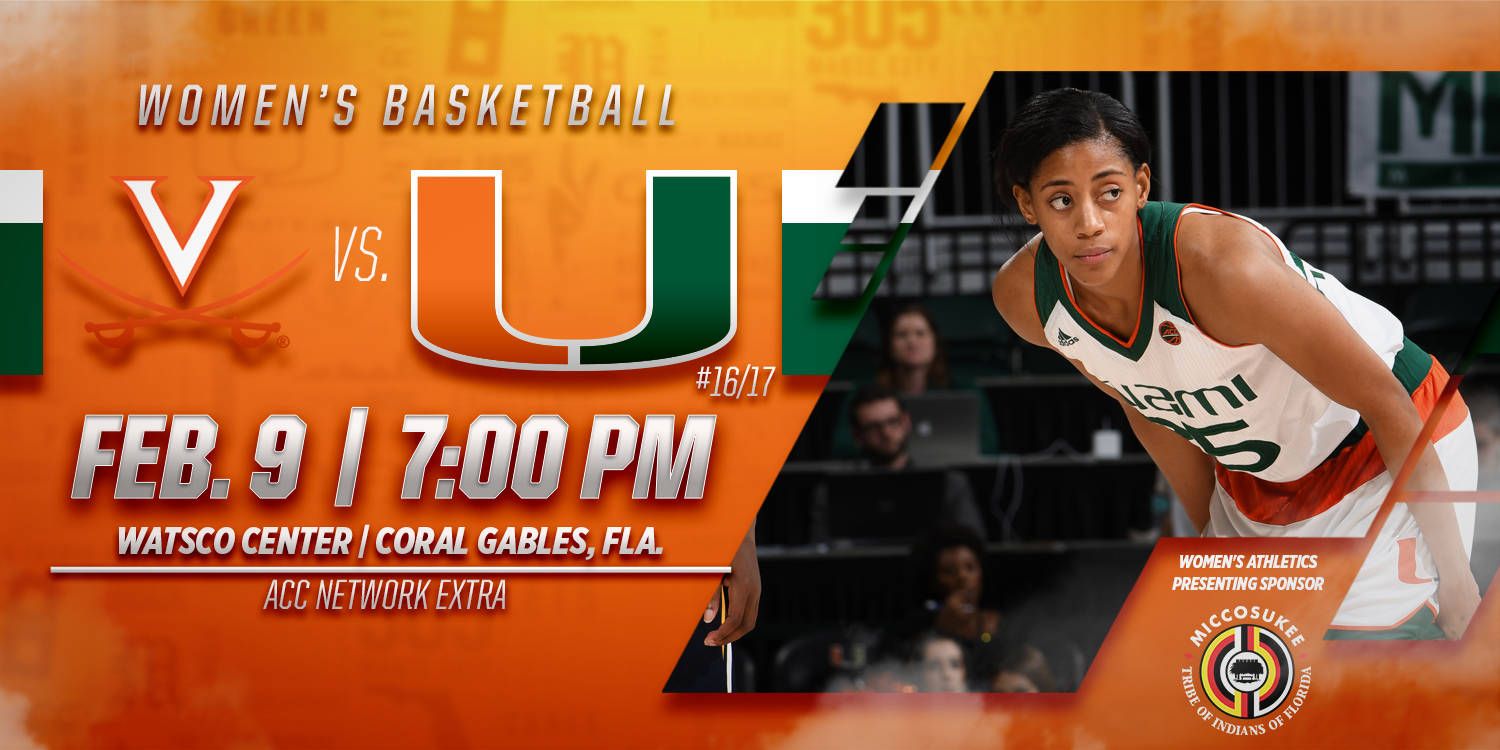 The Hurricanes are 7-9 all-time against Virginia, but have won six of the past eight contests after dropping seven of the first eight. In the most recent matchup, the Cavaliers registered a 76-56 home triumph on Jan. 3, 2016.

Miami is coming off an 80-71 defeat Monday at fifth-ranked Florida State. After trailing by 15, the Hurricanes came all the way back to tie the game in the fourth period, before dropping the nine-point decision. Redshirt senior forward Keyona Hayes scored a team-high 17 points, giving her 996 in her career, just four shy of 1,000. Senior guard Jessica Thomas added 16 for the Hurricanes.

Thursday night’s contest will be broadcast live on ACC Network Extra HERE, as well as carried live on WVUM 90.5 FM HERE. Live stats for the game can be found HERE.

The first 100 students in attendance at the game will receive a mug. Additionally, Miami head coach Katie Meier will be honored pregame for recording the 300th victory of her career last Thursday at Wake Forest.

There will be a chalk talk for season ticket holders in the Hurricane 100 Room at 5:45 p.m. Team posters and schedule cards will be available at the marketing table by the main entrance.

Following its matchup with Virginia, the Hurricanes will face off against Clemson to the Watsco Center Sunday at 2 p.m.