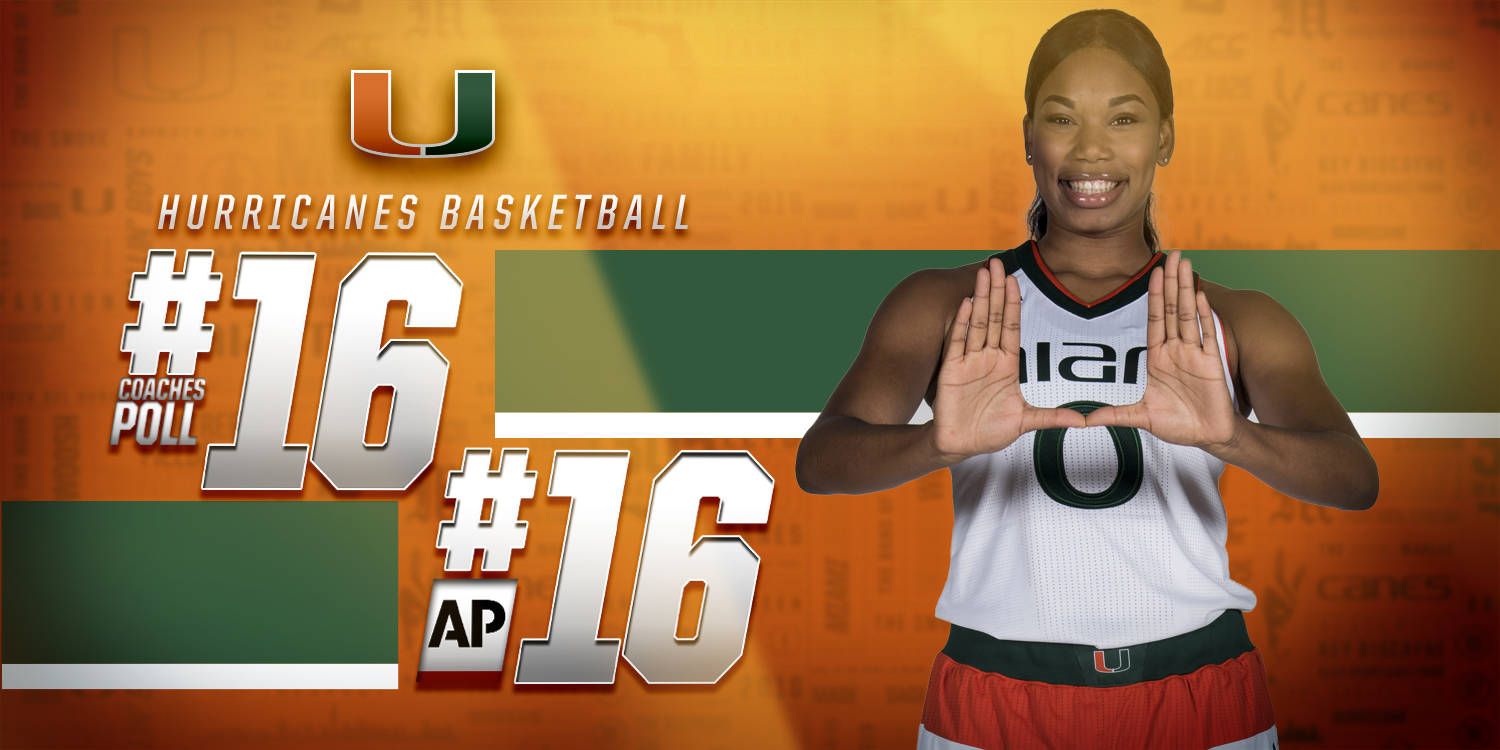 @CanesWBB Rises One Spot to No. 16 Nationally

CORAL GABLES, Fla. – The University of Miami women’s basketball team moved up one position this week in both major polls.

Miami (16-5, 5-4 ACC) is ranked No. 16 in in both the Associated Press Poll, released Monday, and the USA TODAY Coaches Poll, released Tuesday. This is the 10th consecutive week head coach Katie Meier’s team is ranked in the top 18 in both polls.

The Hurricanes are coming off a 2-0 week that included a 100-88 victory over North Carolina and a 58-51 triumph against Boston College. The 100 points versus the Tar Heels were the most in an ACC game in program history.

Miami recorded 320 points in the AP Poll balloting, an increase of 66 over last week and 85 more than DePaul at No. 17. All 33 writers put the Hurricanes in the top 19 and one vote was cast as high as No. 14 nationally.

In the Coaches Poll, the Hurricanes registered 311 points, 73 more than they did last week and 43 more than DePaul at No. 17.

There are seven ACC teams ranked in both polls, including six that are among the top 19 on each list this week.

The Hurricanes return to the hardwood Thursday at 7 p.m., when they take on Wake Forest, receiving votes in the Coaches Poll, in Winston-Salem, N.C. Meier enters the matchup with 299 wins in her head coaching career.