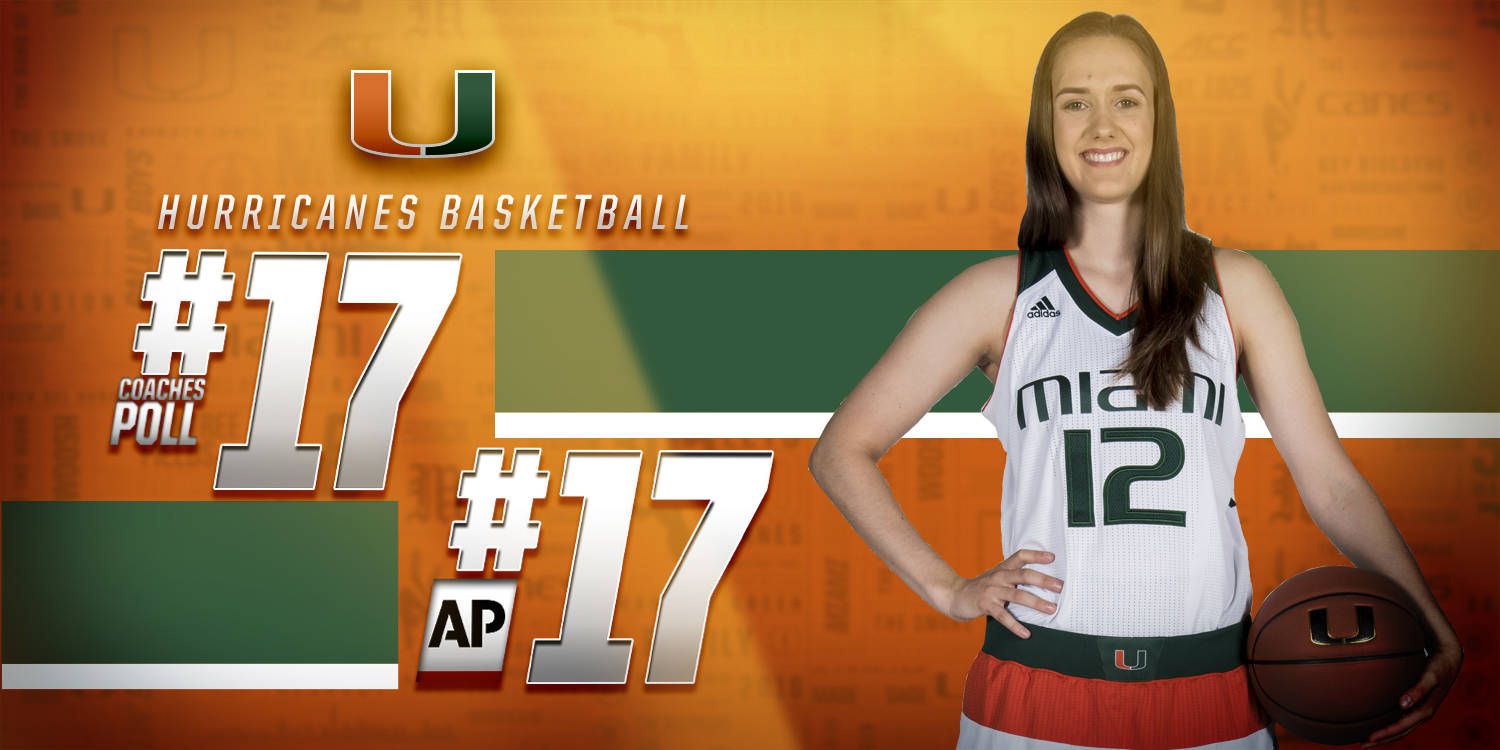 @CanesWBB Checks in at No. 17 Nationally

CORAL GABLES, Fla. – The University of Miami women’s basketball team is ranked No. 17 this week in both the Associated Press Poll, released Monday, and the USA TODAY Coaches Poll, released Tuesday.

In the AP Poll, the Hurricanes earned 254 points in the balloting and are ranked higher than No. 20 for the 10th time this season. Miami is one of 18 teams on all 33 ballots and is in the top 20 on all but five.

The Hurricanes registered 238 points in the Coaches Poll voting this week, their ninth week in a row over 200.

For the fourth consecutive week, there are eight ACC teams ranked in the Coaches Poll. Six of those teams are in the top 18.

Miami will be back on the court Thursday at 7 p.m., when it hosts North Carolina for its first game at the Watsco Center since Jan. 11.