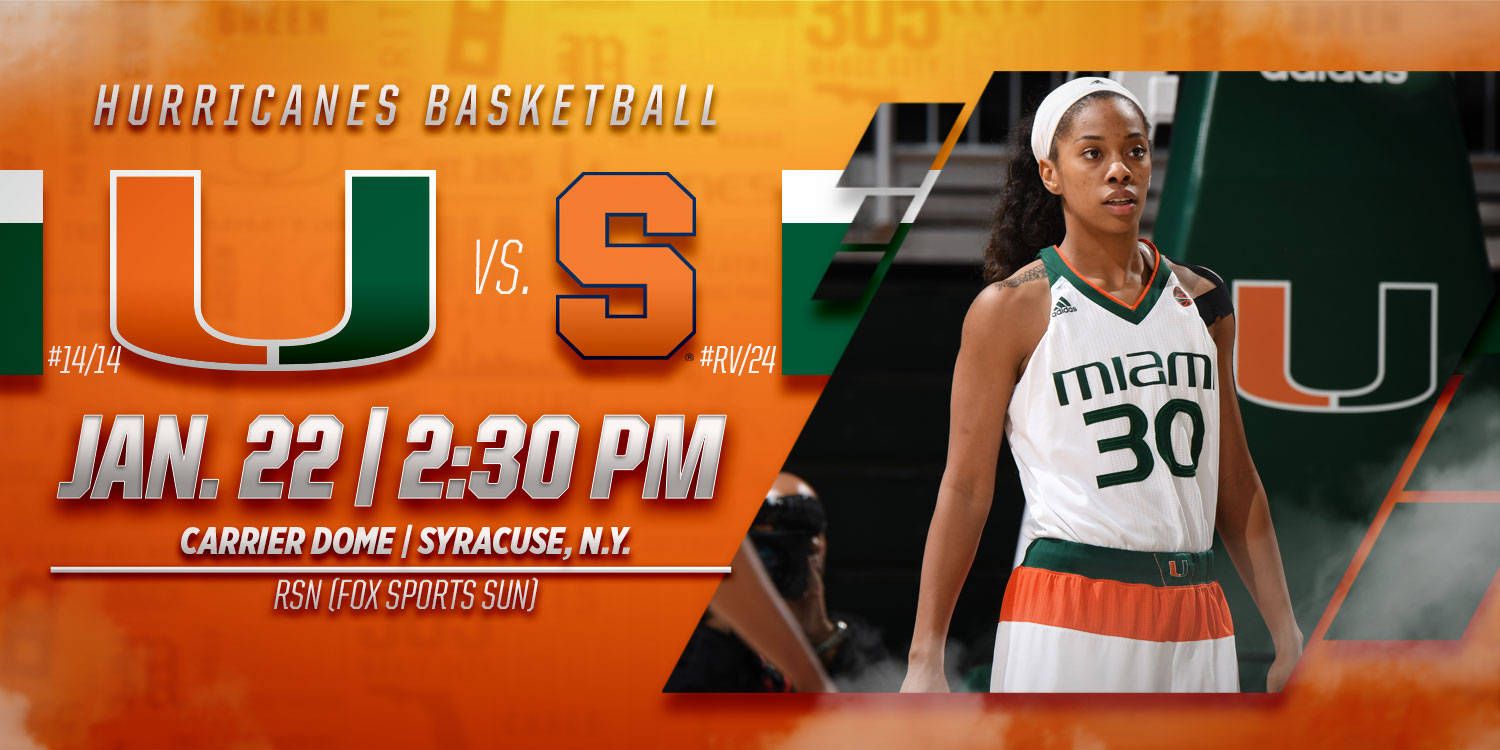 The Hurricanes hold an 18-7 advantage in the all-time series against the Orange. In the last six campus site meetings between the two teams, dating back to 2003, the away team has emerged victorious. Most recently, Syracuse logged a 57-51 road win on Feb. 1, 2016.

Miami is coming off a narrow four-point defeat, 63-59, at No. 9/8 Louisville Sunday in its most recent outing. Adrienne Motley (13) led a quartet of Hurricanes who scored double-digit points and she was joined by fellow senior guard Jessica Thomas (11), redshirt senior forward Keyona Hayes (10) and sophomore forward/center Emese Hof (10).

Last year, the Orange posted their best season ever, finishing 30-8 (13-3) and advancing all the way to the NCAA national championship game. Syracuse was voted fourth in the 2016-17 ACC preseason poll.

Sunday’s game will be broadcast live on RSN (affiliate list HERE) with Tom Werme and Chelsea Shine on the call, and is available on WatchESPN HERE. The action will also be carried live on WVUM 90.5 FM HERE, while stats for the game can be found HERE.

After playing the Orange, Miami will return to Coral Gables for back-to-back home games, the first of which will be Jan. 26 at 7 p.m., against North Carolina.