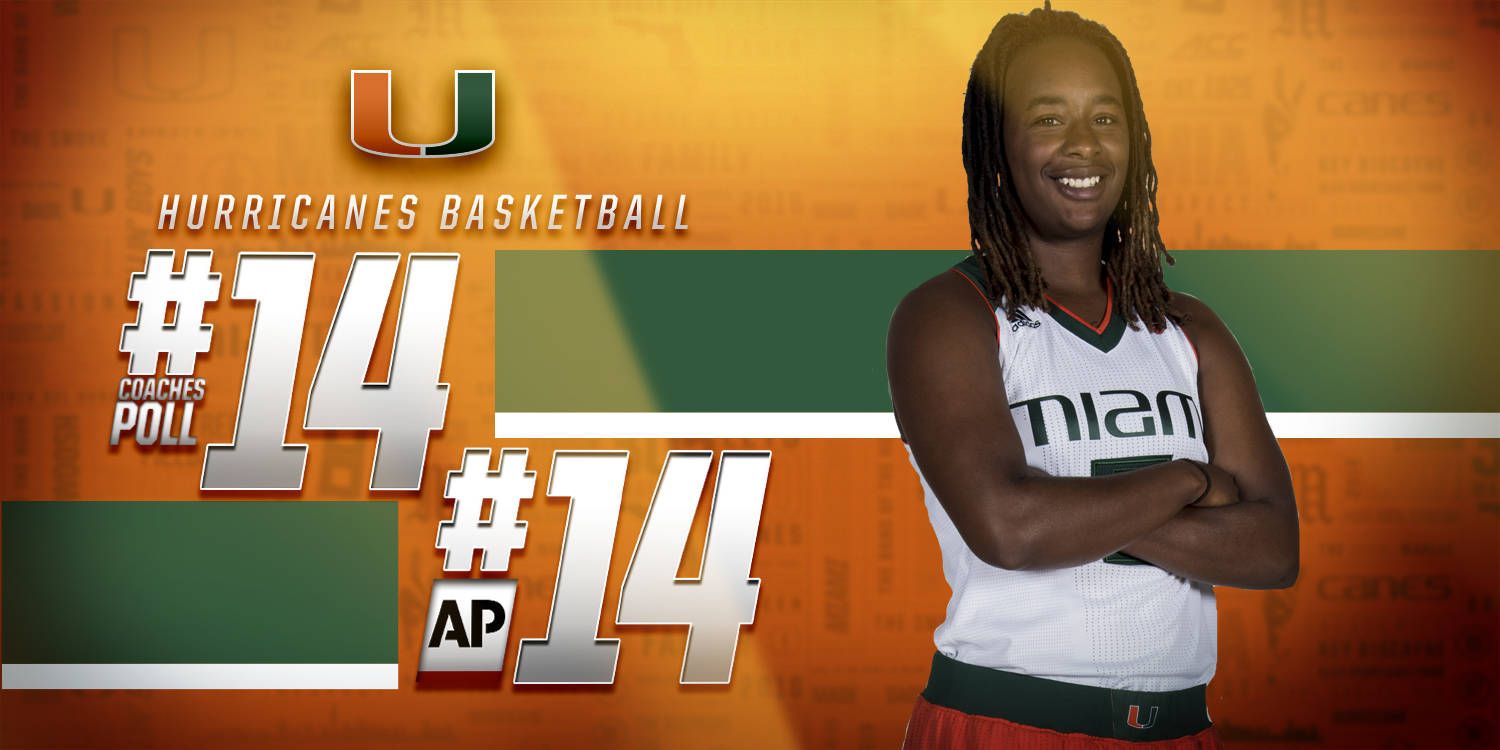 CORAL GABLES, Fla. – The University of Miami women’s basketball team holds the No. 14 position in both major national polls for the second week in a row.

Miami garnered 388 points in the AP Poll voting and placed in the top 17 on 30 of 33 ballots. Twelve writers voted the Hurricanes in the top 12, with one putting Miami a season-best eighth overall and second among ACC teams.

With its No. 14 spot in the Coaches Poll, Miami sealed its sixth straight week in the top 15 of both outlets’ rankings.

Overall, the ACC has eight teams ranked in the Coaches Poll, tying the top mark in conference history, which was set just a week ago. Seven ACC teams are ranked in the AP Poll, with an eighth at the top of the receiving votes list, and six teams in the conference are in the AP top 15.

Miami will be back on the court Thursday night at 7 p.m., when it hosts No. 15/16 Virginia Tech, one of three undefeated Division I teams in the country, at the Watsco Center.