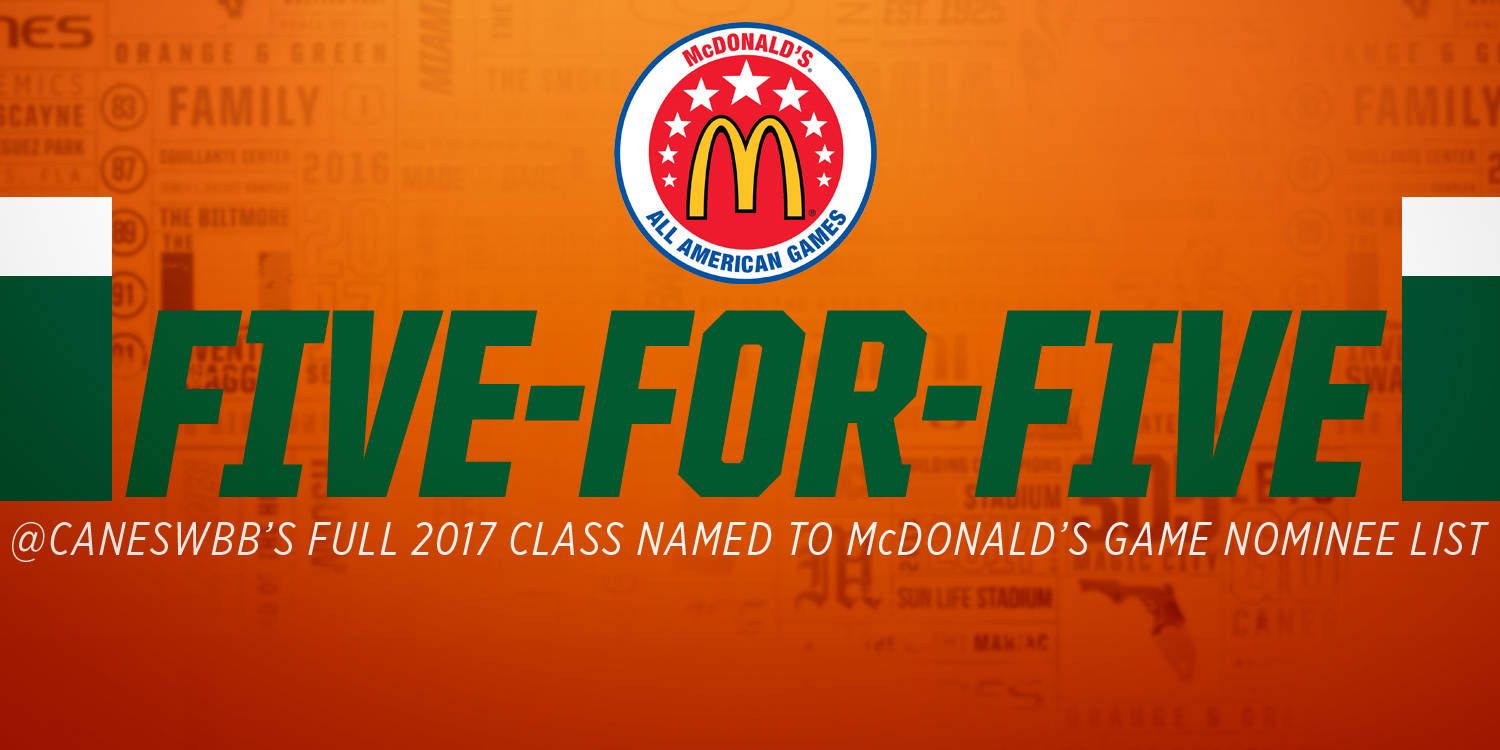 CORAL GABLES, Fla. – All five members of the University of Miami women’s basketball team’s 2017 recruiting class have been selected as nominees for the McDonald’s All-American Game.

Endia Banks, Mykea Gray, Kelsey Marshall, Taylor Mason and Rebecca Ripley were all among the list of candidates announced Tuesday.

Banks and Mason, 5-foot-9-inch guards out of Duluth High School and Norcross High School, respectively, are among the 15 nominees from Georgia. Gray, a 5-foot-6-inch guard who plays for National Christian Academy and attends SHABACH! Christian Academy Homeschool, is one of 21 players on the list from Maryland.

Marshall, a 5-foot-9-inch guard from nearby Miami Country Day School, is among the 19 candidates from Florida. Ripley, a 6-foot wing/forward out of the New Hampton School, is one of just two nominees from New Hampshire.

The Hurricanes’ class is ranked No. 16 by espnW HoopGurlz and No. 17 by ProspectsNation.com, which does not yet factor Marshall into its rankings after she committed during signing week.

The 2017 McDonald’s All-American Game will be held March 29 at the United Center in Chicago. Final team selections will be announced at a later date.