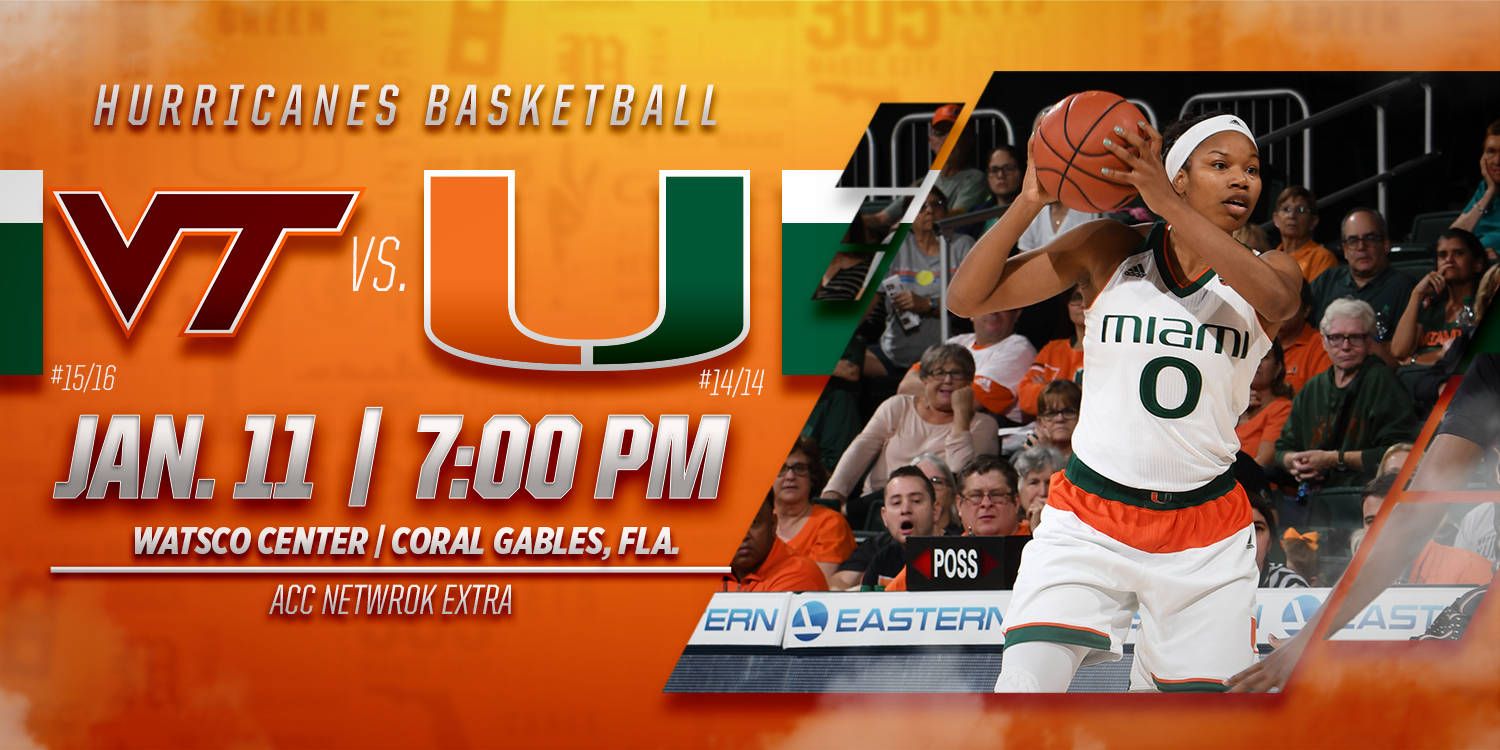 CORAL GABLES, Fla. – The University of Miami women’s basketball team will take on one of the nation’s three unbeaten Division I teams, No. 15/16 Virginia Tech, Wednesday at 7 p.m., at the Watsco Center.

The Hurricanes are coming off just their third loss of the season, all of which have come against top-20 teams. Miami fell to No. 7/6 Notre Dame, 67-55, at home Sunday. Thomas led Miami with a co-game-high 15 points, while fellow senior guard Adrienne Motley added 14 and sophomore forward/center Emese Hof chipped in with 11.

Virginia Tech is 15-0 (2-0) on the season, sitting alongside top-ranked UConn and fourth-ranked Mississippi State in the trio of remaining undefeated teams. The Hokies are led by sophomore guard Chanette Hicks, who paces the team in points (16.3), assists (5.5) and steals (4.7) per game. After finishing 18-14 (5-11 ACC) a year ago, Virginia Tech was picked No. 12 in the ACC preseason poll.

Wednesday’s action will be broadcast live on ACC Network Extra HERE, as well as carried live on WVUM 90.5 FM HERE. Live stats for the game can be found HERE.

There will be a chalk talk for season ticket holders in the Hurricane 100 Room at 5:30 p.m. Team posters and schedule cards will be available at the marketing table by the main entrance.

After taking on the Hokies, Miami will travel to Louisville, Ky., to face ninth-ranked Louisville Sunday at 1:30 p.m., on ESPN2.