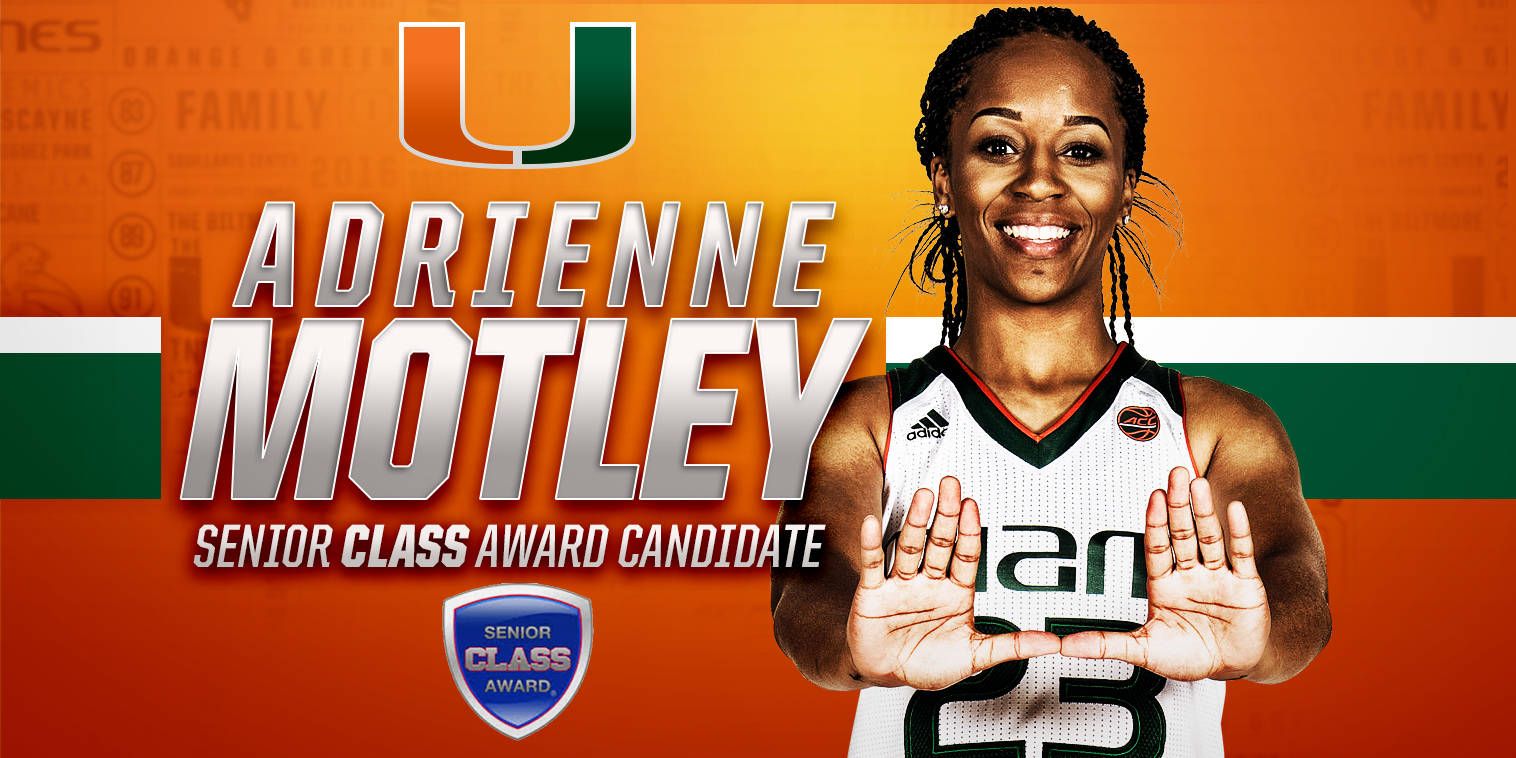 CORAL GABLES, Fla. – Adrienne Motley of the University of Miami women’s basketball team was announced Thursday as a candidate for the Senior CLASS Award.

Motley is one of 30 players up for the honor in Division I women’s college basketball. The senior guard from Newport News, Va., joins Notre Dame’s Lindsay Allen and Florida State’s Leticia Romero as representatives from the ACC.

This is the second consecutive year a Hurricane has made the list of candidates, as Michelle Woods was a nominee in 2015-16.

To be eligible for the Senior CLASS Award, a student-athlete must be classified as an NCAA Division I senior and have notable achievements in four areas of excellence: community, classroom, character and competition.

A two-time First Team All-ACC selection, Motley ranks ninth all-time at Miami with 1,592 points in her illustrious career. An electronics communications major who minors in marketing, she was named to the 2013-14 All-ACC Academic Team.

Motley has participated in a variety of community service events and initiatives throughout her four years at Miami and is in her second year as a team co-captain.

Each of the candidates volunteers his or her time with charitable organizations and causes while upholding a reputation for positive character on campus and in the community.

Each of the 30 candidate classes will be narrowed to fields of 10 finalists in February, and those 10 names will be placed on the official ballot. The Senior CLASS Award winners will be announced during the 2017 NCAA Men’s Final Four® and NCAA Women’s Final Four® this spring. For more information on each of the candidates, visit seniorCLASSaward.com.