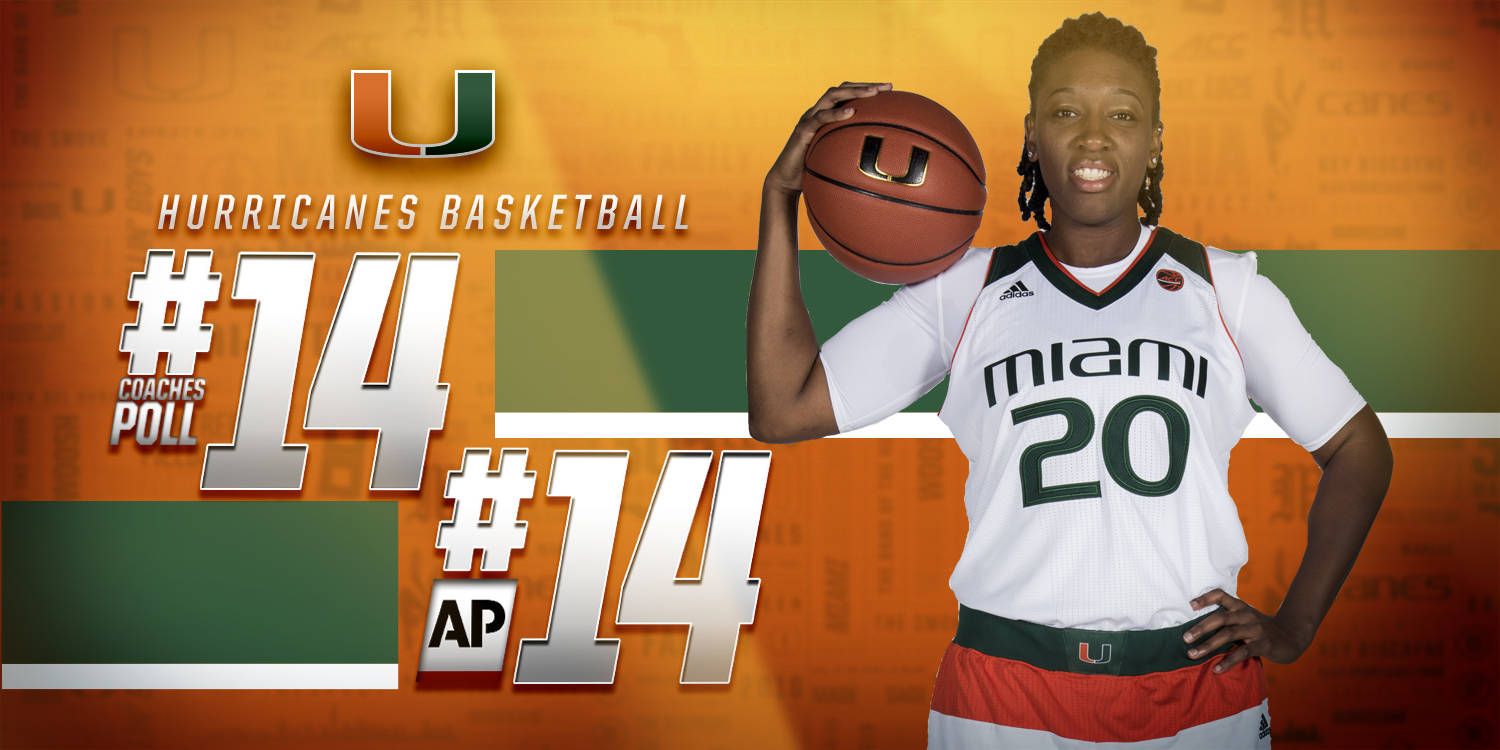 @CanesWBB Stays in Top 15 of Both Polls

CORAL GABLES, Fla. – The University of Miami women’s basketball team is ranked No. 14 in the nation in both major polls this week.

In the AP Poll, Miami received 405 points in the voting and was ranked in the top 17 on 31 of 33 ballots. Twenty-seven voters had the Hurricanes in the top 15, with four voting Miami as high as No. 11.

The Hurricanes remained the fourth-highest-ranked ACC team in the Coaches Poll this week, earning 387 points in the balloting.

There are six ACC teams in the top 20 and five in the top 15 of both polls. In the Coaches Poll, there are eight ranked teams, the most in conference history.

Miami returns to action Thursday night at 7 p.m., when it takes on RV/No. 23 NC State in Raleigh, N.C., in its second straight road contest to open 2017.