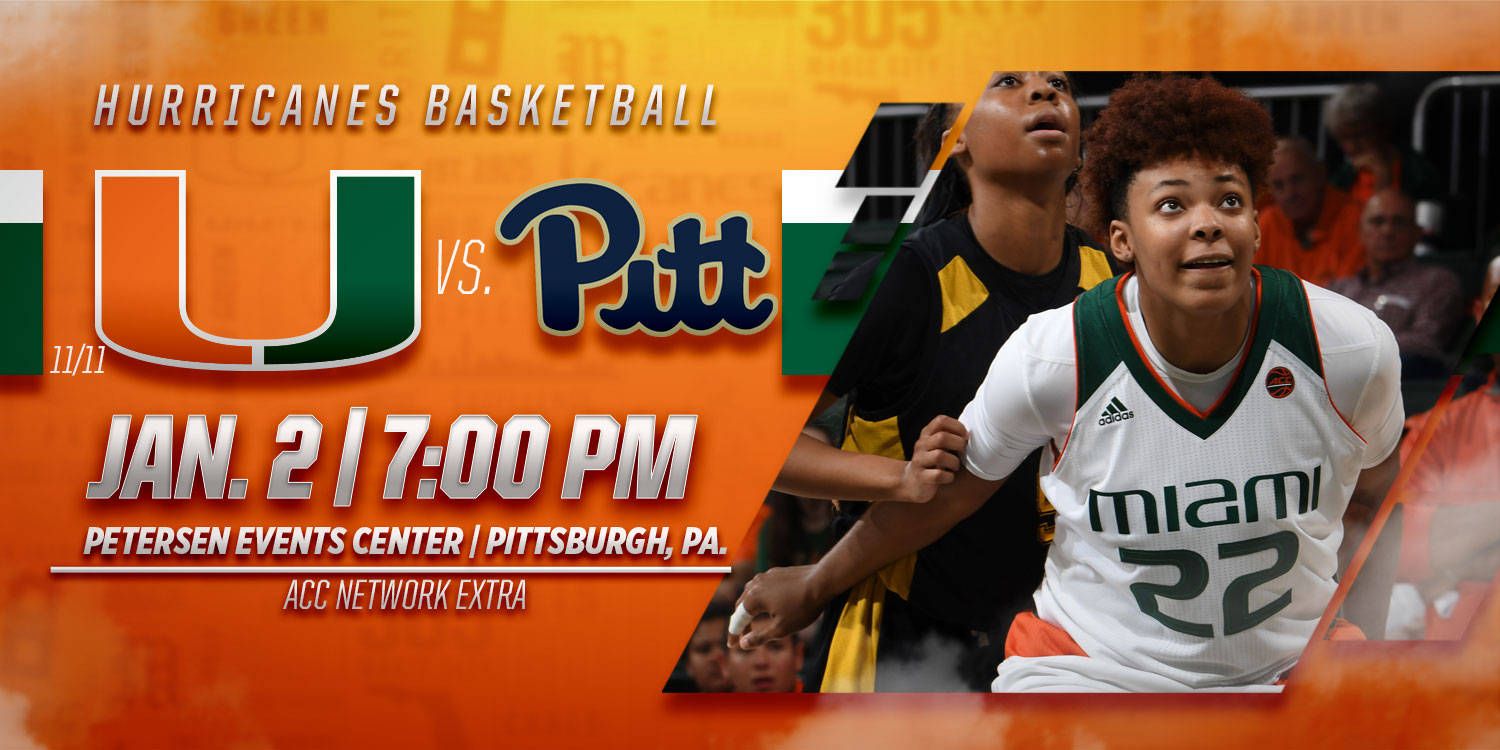 @CanesWBB to Begin 2017 at Pittsburgh

CORAL GABLES, Fla. – The University of Miami women’s basketball team will play its first ACC road game of the season Monday at 7 p.m., when it takes on Pittsburgh at the Petersen Events Center.

The Hurricanes are coming off their first defeat since their opening game of the season. Miami dropped an 81-66 decision to seventh-ranked Florida State Thursday night at the Watsco Center. Jessica Thomas set an ACC-career high with 20 points, while fellow senior guard Adrienne Motley had 18 points and Emese Hof logged a season-high 12.

Prior to the setback against the Seminoles, Miami had won 11 consecutive games and will be looking to start a new winning streak in Pittsburgh.

So far this season, Pittsburgh is 9-4 and has yet to begin conference play. The Panthers are led by sophomore forward Brenna Wise, who paces the team in both points (14.5) and rebounds (7.2) per game. Coming off a 13-18 (4-12 ACC) campaign last year, Pittsburgh was tabbed No. 13 in the ACC preseason poll by the Blue Ribbon Panel and No. 14 by the ACC Coaches.

The game between the Hurricanes and Panthers will be broadcast live on ACC Network Extra HERE, as well as carried live on WVUM 90.5 FM HERE. Live stats for the game can be found HERE.

Following its matchup against Pittsburgh, Miami will travel to Raleigh, N.C., to take on NC State, with the game scheduled for Jan. 5 at 7 p.m.