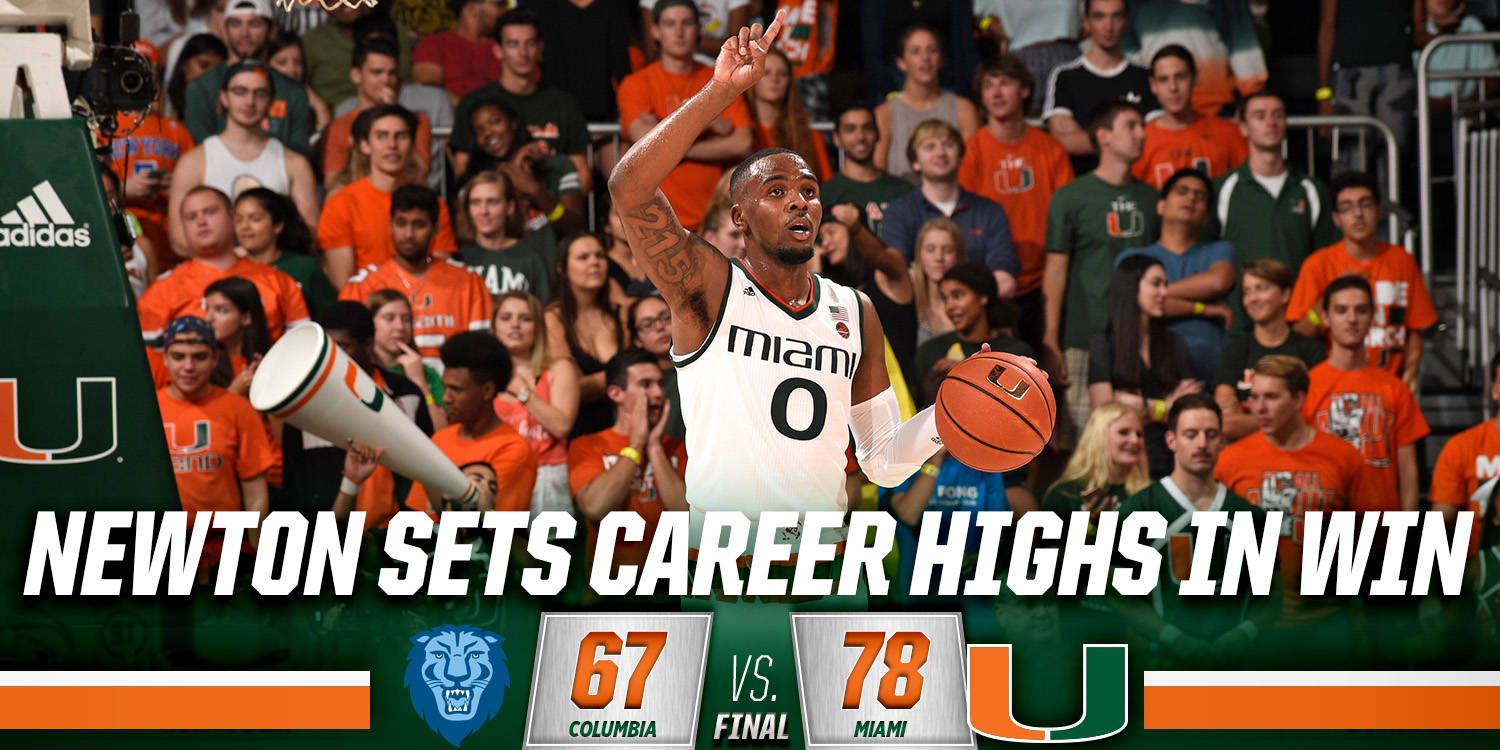 The Hurricanes (10-2) built three 13-point leads but fought off repeated runs from the Lions. Columbia (4-6) got to within 51-49 on Luke Petrasek’s jumper with 12:59 remaining in the second half.

Newton’s third 3-pointer with 3:01 remaining gave Miami a 71-61 lead for its first double-digit advantage since 3:46 into the second half.

Davon Reed finished with 18 points and Anthony Lawrence added 10 for the Hurricanes.

Petrasek led the Lions with 16 points.

BIG PICTURE
Miami: The Hurricanes won their 20th straight home game. Miami is unbeaten at home since a 78-77 loss to Northeastern on Nov. 27, 2015.
Columbia: The Lions are 10-28 against Atlantic Coast Conference teams. Their last victory over an ACC opponent was against Wake Forest on Dec. 27, 1969.

UP NEXT
Miami: The Hurricanes open ACC play against North Carolina State on Saturday.
Columbia: The Lions return home on Friday and face Albany.

With a career-high 22 points, junior Ja’Quan Newton has scored 20-plus points for the fourth time in his career and third time this season. He knocked down a career high three shots from three, only his third career game with multiple made 3-pointers and first with three. The other two occurrences were two made 3-pointers in 2016 against Syracuse and 2015 vs. Stanford in the NIT final. Newton grabbed nine rebounds, topping his career high of seven, which he recorded against Charleston on Dec. 19, 2015. Newton scored a career-high 22 points against Columbia, and now has double-digit points in 11-of-12 outings.

Senior guard Davon Reed drained three shots from downtown against the Lions, increasing his streak to 12 straight games with a made 3-pointer. He has knocked down multiple threes in eight contests, led by five against FAU. With his 18 points Reed has now scored in double digits 10 times this season, including eight straight games.

Freshman guard Bruce Brown pulled down six rebounds against the Lions. He has grabbed at least four rebounds in each of the first 12 games, has eight-or-more in five outings and pulled down double-digit boards in two contests.

Sophomore guard Anthony Lawrence, Jr., swiped three steals from the Lions. He has at least one steal in each game but two (Wofford and SC State), and had three-or-more in four outings.