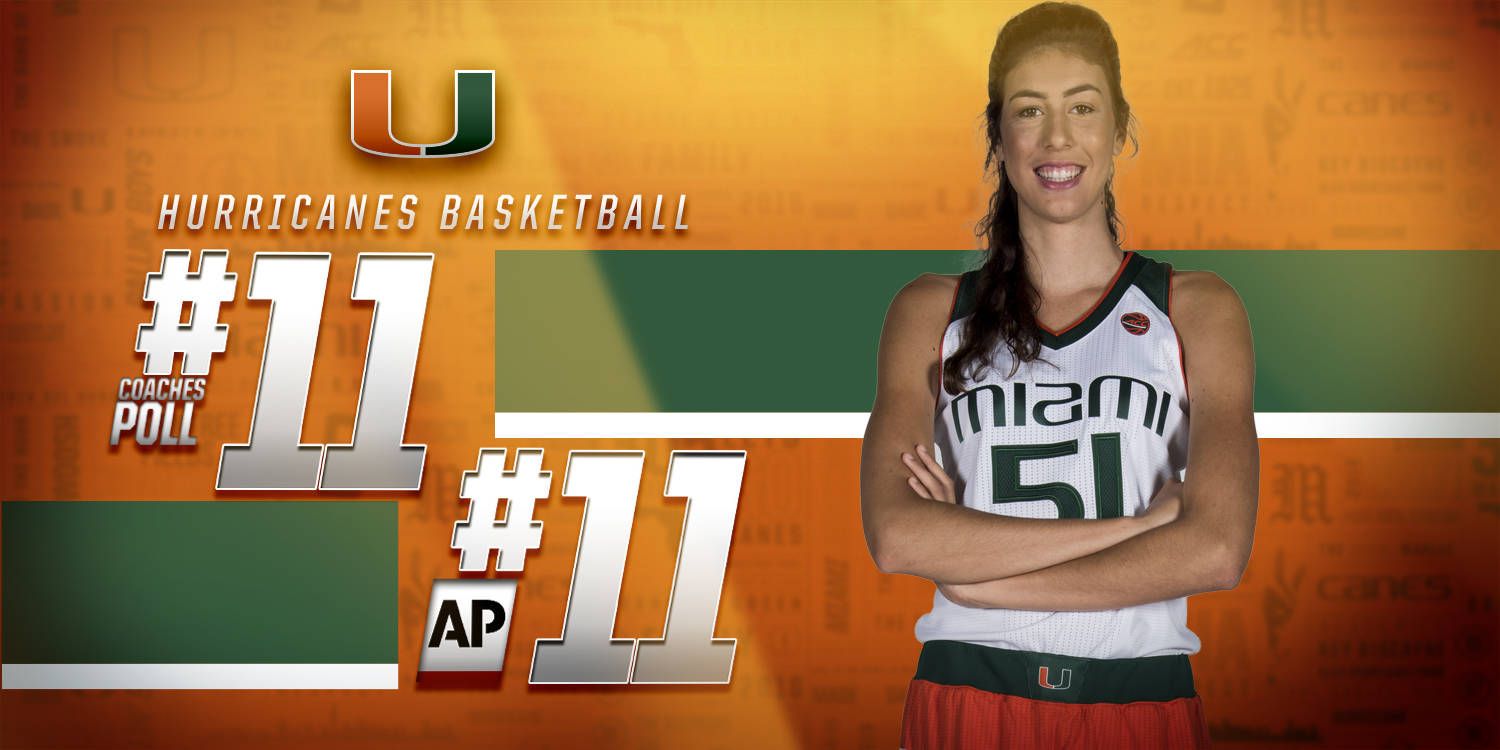 @CanesWBB Remains No. 11 Nationally in Each Poll

CORAL GABLES, Fla. – The University of Miami women’s basketball team held steady at No. 11 in the country in both major polls this week.

The Associated Press Poll, released Monday, and the USA TODAY Coaches Poll, released Tuesday, both saw Miami (11-1) receive an increase in points while staying at No. 11 nationally.

In the AP Poll, the Hurricanes garnered 14 more points than they did last week, earning a total of 473. Miami was in the top 15 on 32 of 33 ballots, including earning top-13 votes on 29 of them. Ten voters ranked the Hurricanes in the top 10, with four placing them ninth.

Miami picked up 16 more points in the Coaches Poll this week compared to last week, receiving 468 in total.

There are seven ACC teams in the top 25 of both polls, including four in the top 13 of each, for the third consecutive week.

The Hurricanes will be back in action Thursday at 7 p.m., when they take on seventh-ranked Florida State in their ACC opener at the Watsco Center.