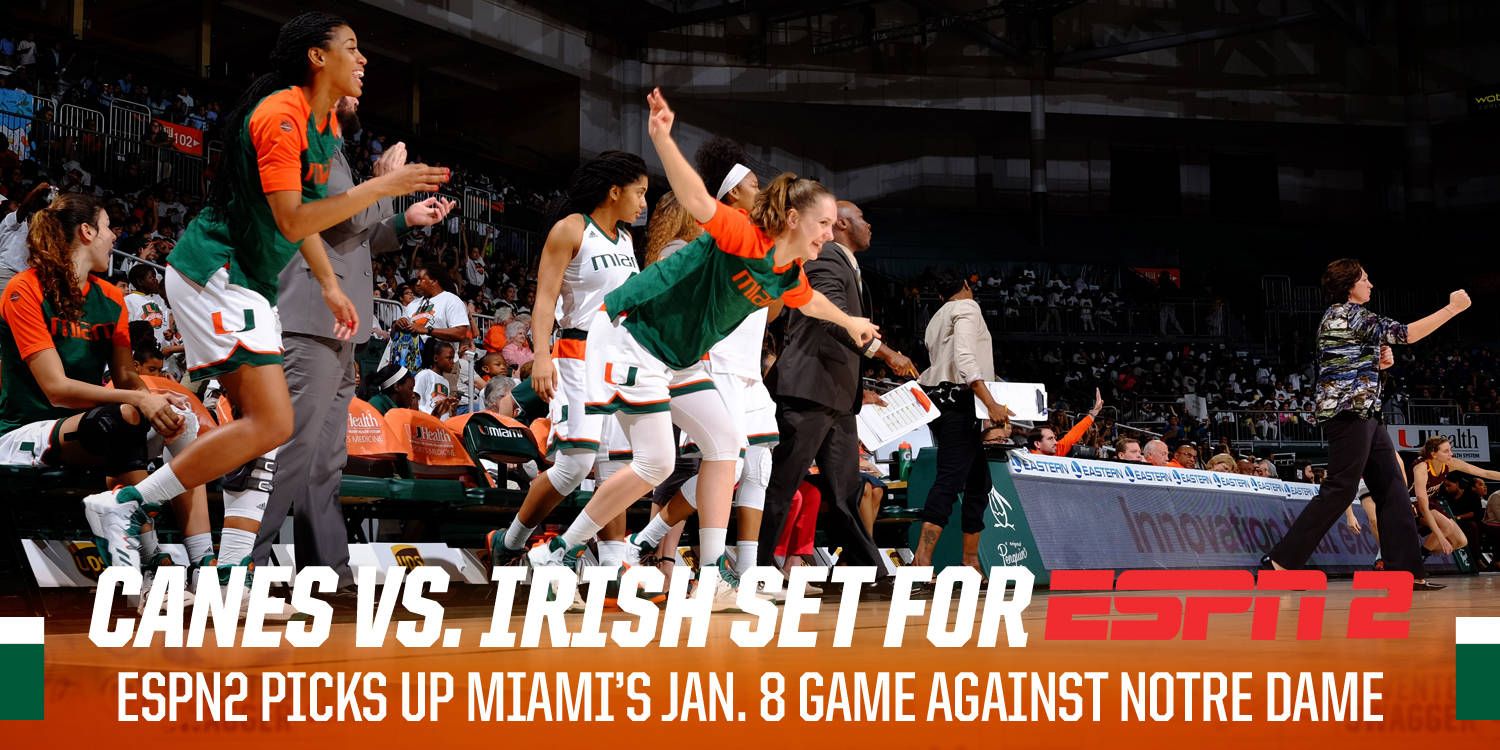 CORAL GABLES, Fla. – The University of Miami women’s basketball team’s Jan. 8 game against Notre Dame at the Watsco Center has been picked up by ESPN2, as announced Wednesday.

Miami and Notre Dame will face off at 3 p.m., exactly two years to the day of the Hurricanes’ 78-63 win over the Fighting Irish. That still stands as Notre Dame’s lone conference loss in its three seasons in the ACC.

This is the second consecutive season Miami has had an ESPN flex option selected by ESPN2, joining its regular season road finale at Florida State on Feb. 28, 2016.

The Hurricanes will also play a second regular season game on ESPN2 just one week after facing Notre Dame. Their Jan. 15 contest at eighth-ranked Louisville is set to be broadcast on the network at 1:30 p.m.