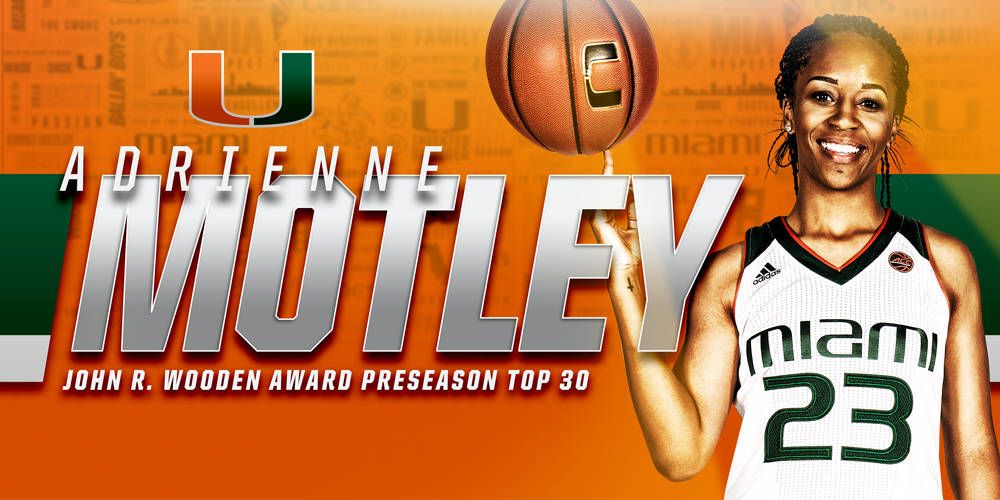 A 5-foot-9-inch senior guard, Motley is a two-time reigning First Team All-ACC pick by both the ACC Coaches and the Blue Ribbon Panel.

Motley was a Preseason All-ACC selection by both outlets this year for the second consecutive season. She also has been tabbed to the Naismith Trophy Player of the Year Preseason Watch List and the Nancy Lieberman Award Pre-Season Watch List.

The ACC placed 10 players on the prestigious Wooden Award Preseason Top 30 list, good for twice as many selections as any other conference.

Motley and the Hurricanes will be back in action Tuesday night at 5 p.m., when they meet Maine in the Miami Holiday Tournament championship game at the Watsco Center.