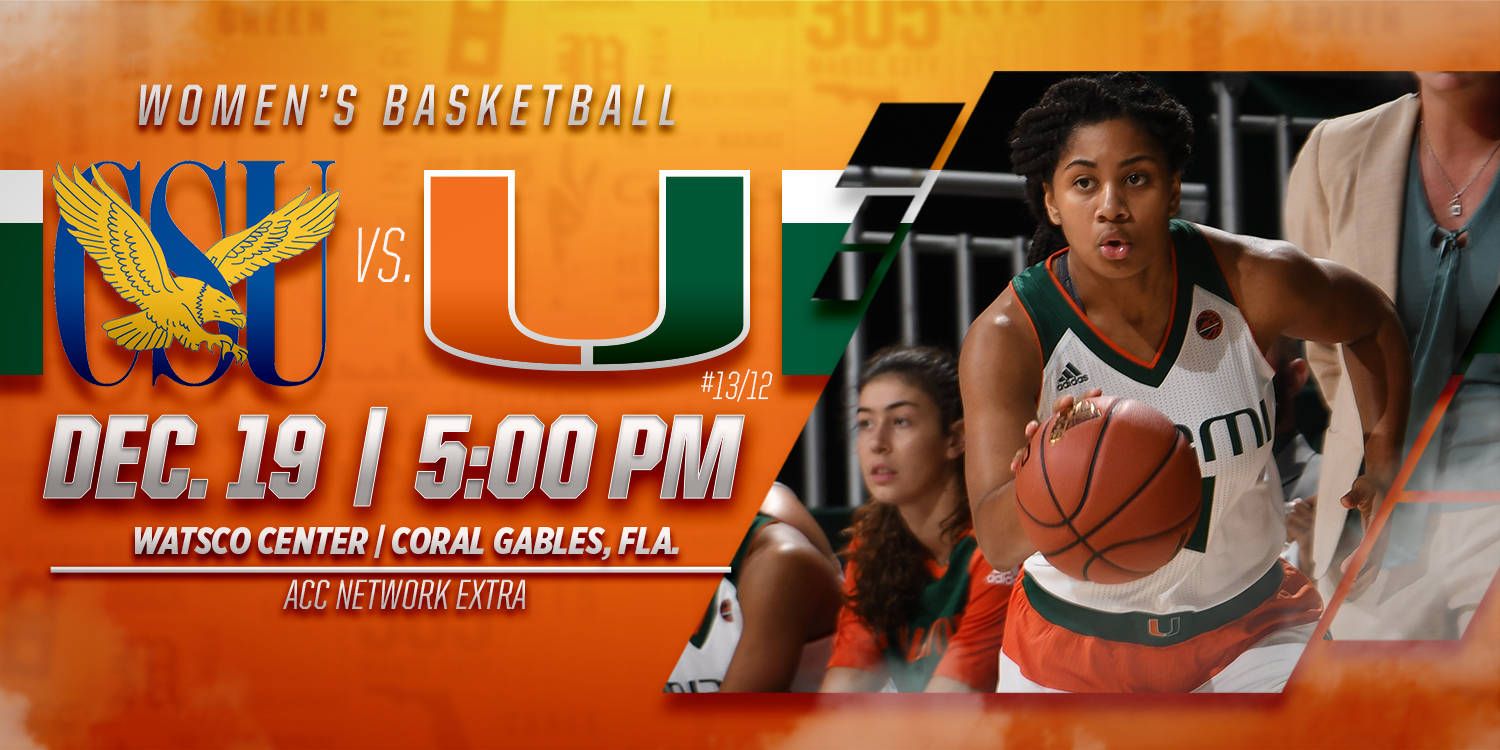 No. 13/12 Miami (9-1) and Coppin State will square off at 5 p.m., at the Watsco Center as a part of the Miami Holiday Tournament. East Tennessee State and Maine meet at 3 p.m., in the opening contest.

The Hurricanes have played and defeated the Eagles each of the past three years after never previously facing them. Last season, Miami registered a 78-59 home victory on Dec. 4, 2015.

Miami is coming off its first in-state, non-conference true road game in seven years, a 69-49 win at FIU Friday night. Senior guard Adrienne Motley paced the Hurricanes with a season-high 22 points, while freshman guard/forward Sarah Mortensen had a career-best 12 points and senior guard Jessica Thomas also added 12 in the triumph.

The matchup between the Hurricanes and the Eagles will be broadcast live on ACC Network Extra HERE, as well as carried live on WVUM 90.5 FM HERE. Live stats for the game can be found HERE.

Fans at Monday’s games are encouraged to join the coaches by wearing ugly holiday sweaters. Team posters and schedule cards will be available at the marketing table by the main entrance.

After taking on Coppin State, the Hurricanes will play either East Tennessee State or Maine on day two of the Miami Holiday Tournament. The contest will be Tuesday at either 3 p.m., or 5 p.m.