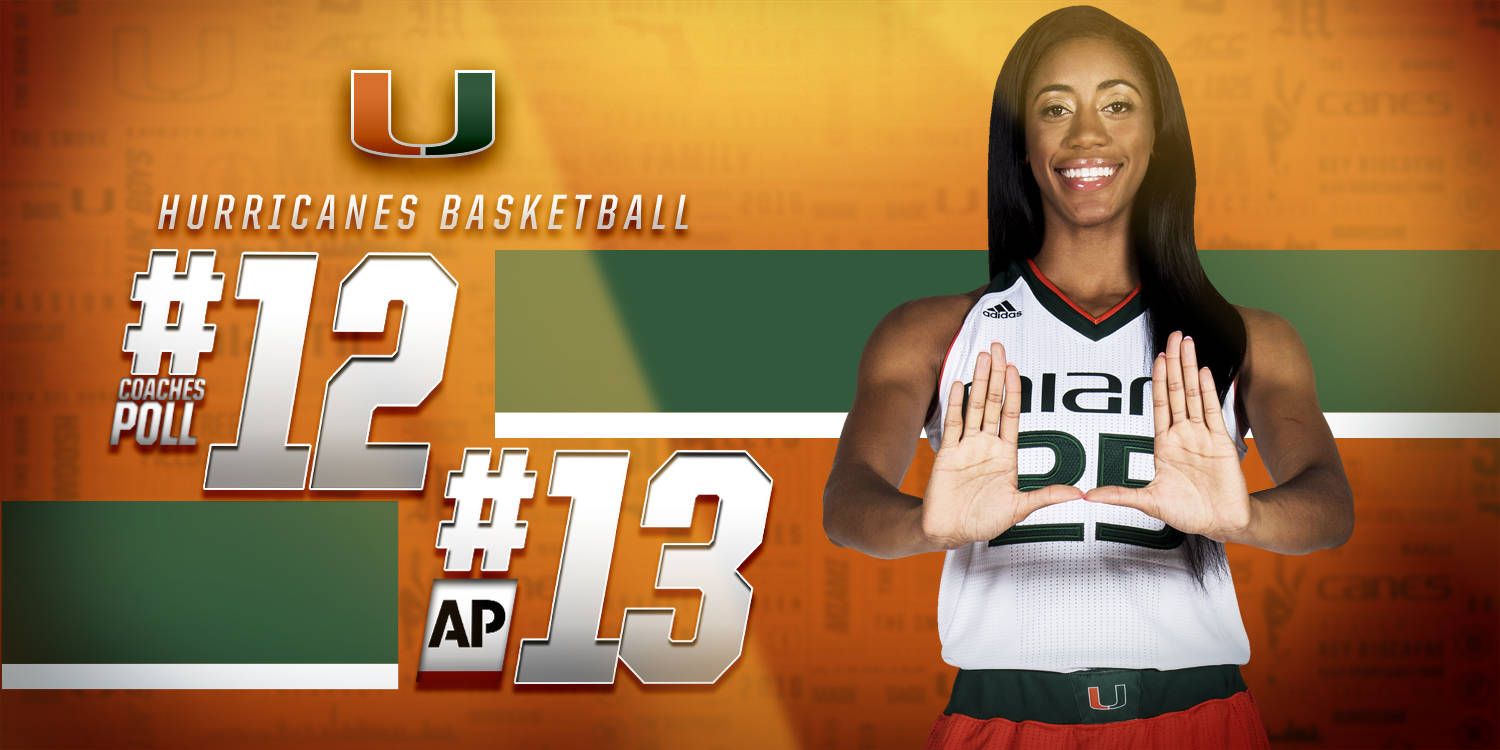 @CanesWBB Rises One Spot in Each National Poll

CORAL GABLES, Fla. – The University of Miami women’s basketball team improved on its season-best rankings in both the Associated Press Poll and the USA TODAY Coaches Poll this week.

Miami (8-1) jumped one spot in both polls and is now ranked No. 13 in the AP Poll, released Monday, and No. 12 in the Coaches Poll, released Tuesday. Both marks are the team’s highest since the start of the 2012-13 season.

In the Coaches Poll, Miami picked up 16 additional points in this week’s balloting, checking in with 416.

Miami played just one game last week, an 81-43 home victory over Loyola Chicago Tuesday at the Watsco Center in front of a record crowd of 4,989.

The Hurricanes return to action Friday after a nine-day break for final exams when they go on the road to play FIU in Miami at 7 p.m.