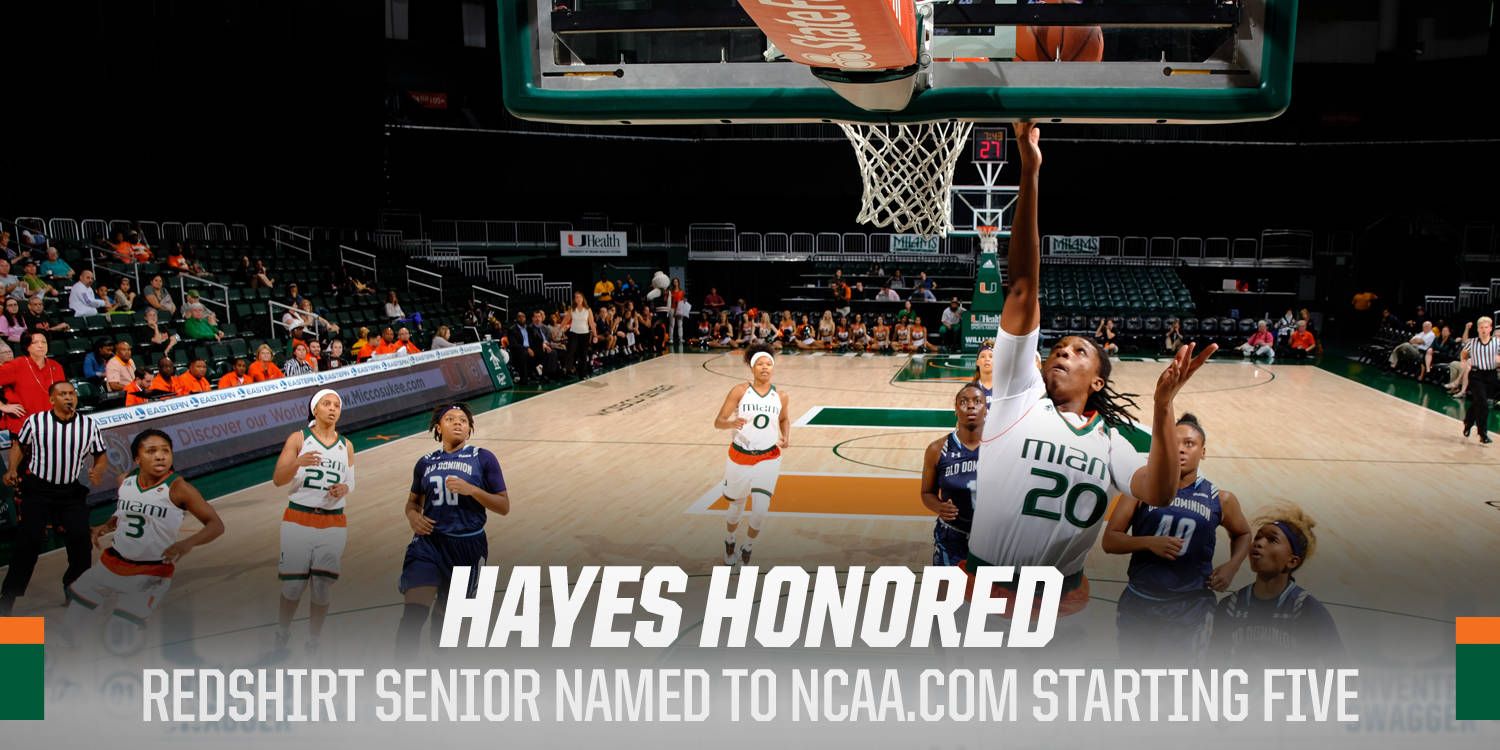 CORAL GABLES, Fla. – Keyona Hayes of the University of Miami women’s basketball team has been tabbed as a member of NCAA.com’s Women’s Basketball Starting Five for her outstanding play against Ohio State and Old Dominion, as announced Wednesday.

Hayes earned the fifth spot on the team by edging out Evansville’s Camary Williams, IUPUI’s Mikale Rogers and Marquette’s Natisha Hiedeman in a fan vote on Twitter. Of the 356 voters, 66 percent voted for Hayes.

A redshirt senior forward, Hayes averaged 20.5 points and 6.5 rebounds while shooting 55.6 percent (15-of-27) from the field in Miami’s victories over the Buckeyes and Lady Monarchs.

At No. 9/10 Ohio State, Hayes registered a career-high 23 points on 9-of-14 shooting to lead Miami to a 94-89 overtime win. She connected on the go-ahead 3-pointer in the extra session to give the Hurricanes a lead they would not relinquish.

Against Old Dominion, Hayes scored 18 points and pulled down a team-high seven rebounds. It marked the second time in her career she notched 18-plus points in consecutive games.