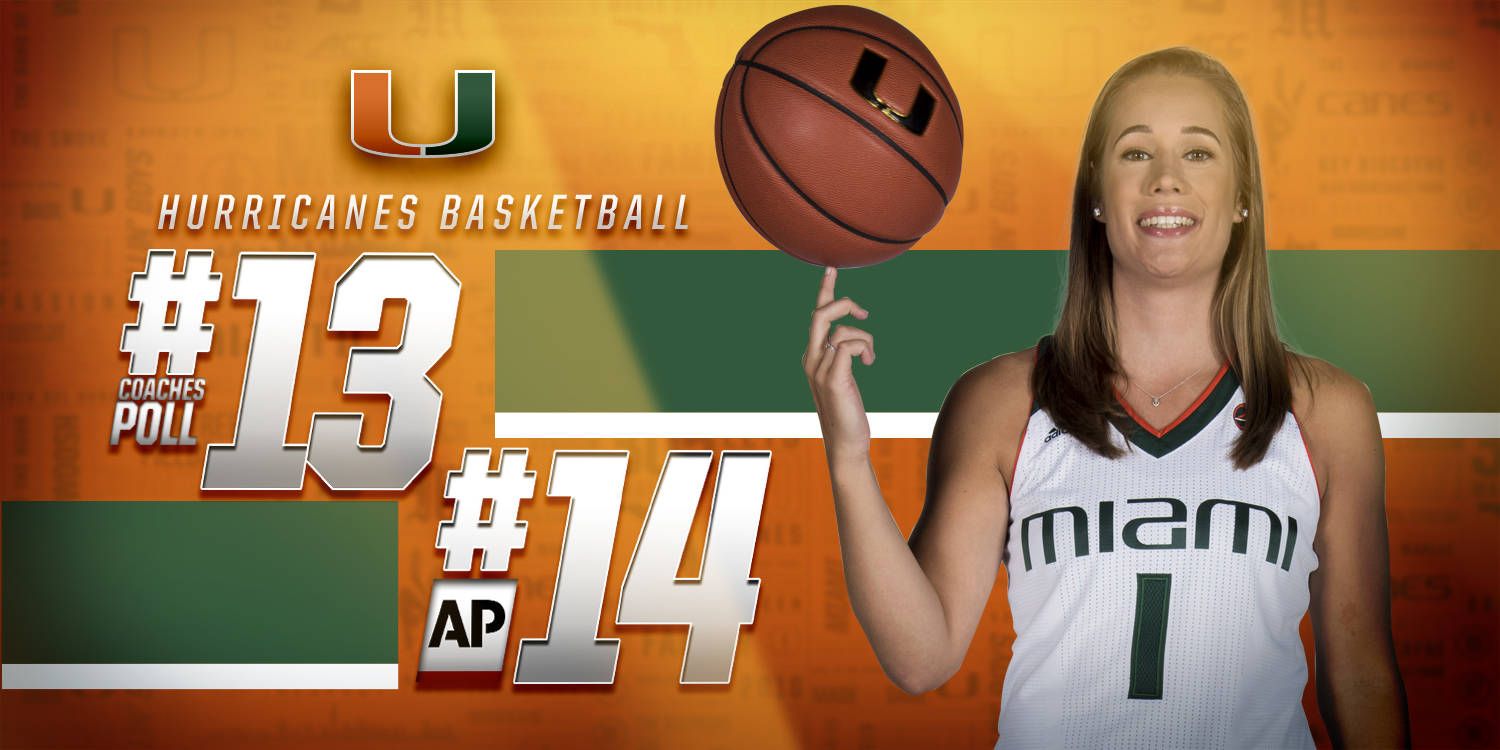 @CanesWBB Ascends into Top 14 of Both Polls

CORAL GABLES, Fla. – The University of Miami women’s basketball team is ranked in the top 14 of both major polls for the first time since the 2011-12 season.

The Hurricanes moved up four spots in the AP Poll, garnering 398 points in the balloting, an increase of 153 from last week. Thirty of 33 voters had Miami in the top 16, with 27 ranking it in the top 15 and four placing the Hurricanes at No. 11 in the nation.

Miami jumped three positions in the Coaches Poll and earned 400 points in the voting, a 145-point improvement from last Tuesday.

The ACC as a whole placed seven teams in the AP Poll this week, setting a new conference record.

After taking down Loyola Chicago, 81-43, Tuesday at the Watsco Center, Miami will have a nine-day break for final exams and then returns to the court Dec. 16, when it goes on the road to face FIU in Miami at 7 p.m.