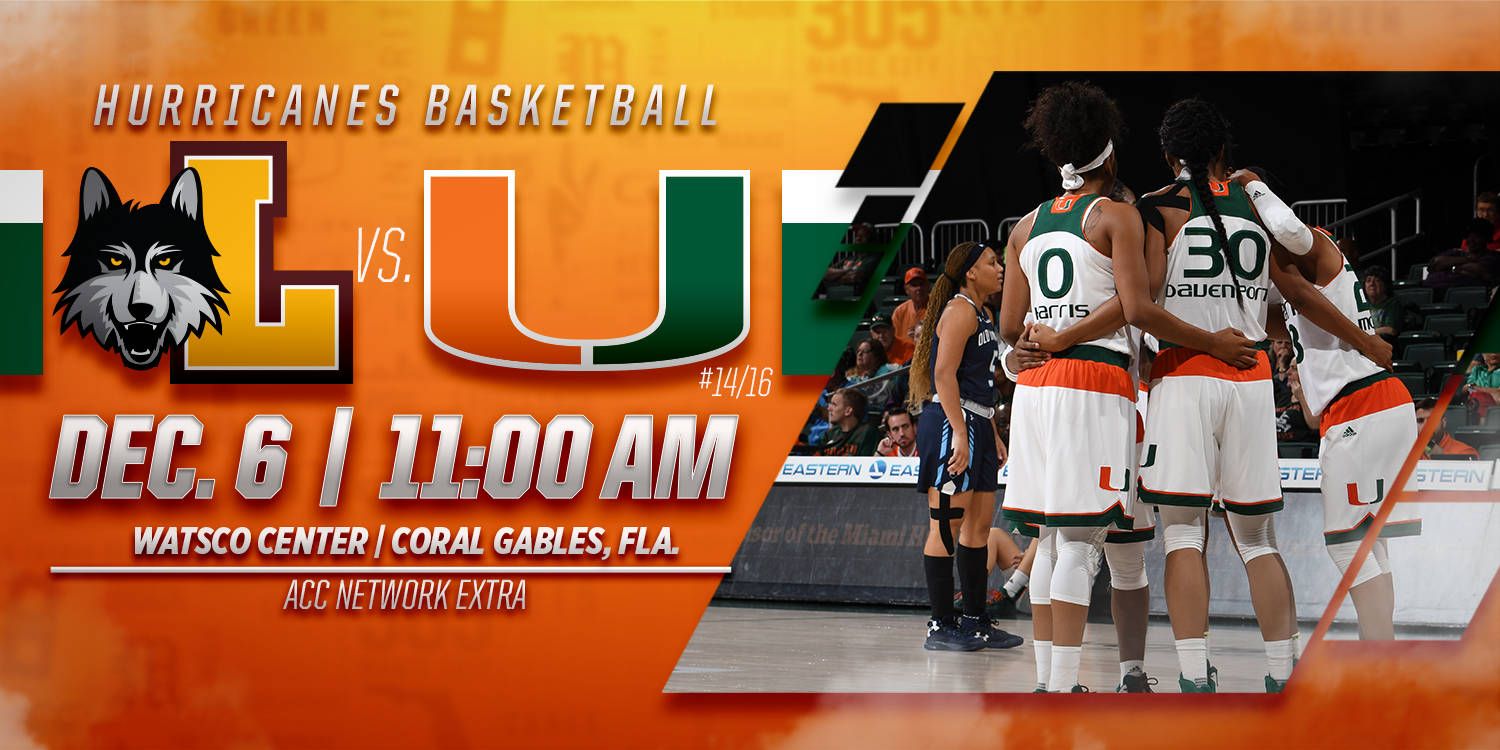 No. 14/16 Miami (7-1) has won seven games in a row and will be seeking a victory over the Ramblers for the second straight year, after the teams had never previously met.

The Hurricanes notched their sixth double-digit win of the season in their last outing, a 66-56 home triumph against Old Dominion. Senior guard Jessica Thomas logged a season-high 21 points and a season-high-tying five assists, while redshirt senior forward Keyona Hayes recorded 18 points in the victory.

Senior guard Adrienne Motley enters Tuesday’s game with 1,497 points in her career, making her three shy of becoming the ninth player in program history to reach 1,500.

Loyola Chicago, at 0-7 on the season, is led in scoring by freshman guard Kaitlyn Williams, who is posting 10.7 points per game. The Ramblers, coming off a 14-16 (10-8 MVC) showing in 2015-16, were picked last in the Missouri Valley Conference preseason poll.

The contest between Miami and Loyola Chicago will be broadcast live on ACC Network Extra HERE, as well as carried live on WVUM 90.5 FM HERE. Live stats for the game can be found HERE.

Tuesday’s contest will be a Let’s Move! Field Trip Game for Miami-Dade County public schools and over 4,000 elementary school students are expected to be in attendance. There will be multiple pregame speakers for the children, as well as fitness challenges during breaks in the action. More information can be found HERE.

Following its matchup against the Ramblers, Miami will have a nine-day break from games for final exams and will then return to action Dec. 16 when it plays at FIU at 7 p.m.