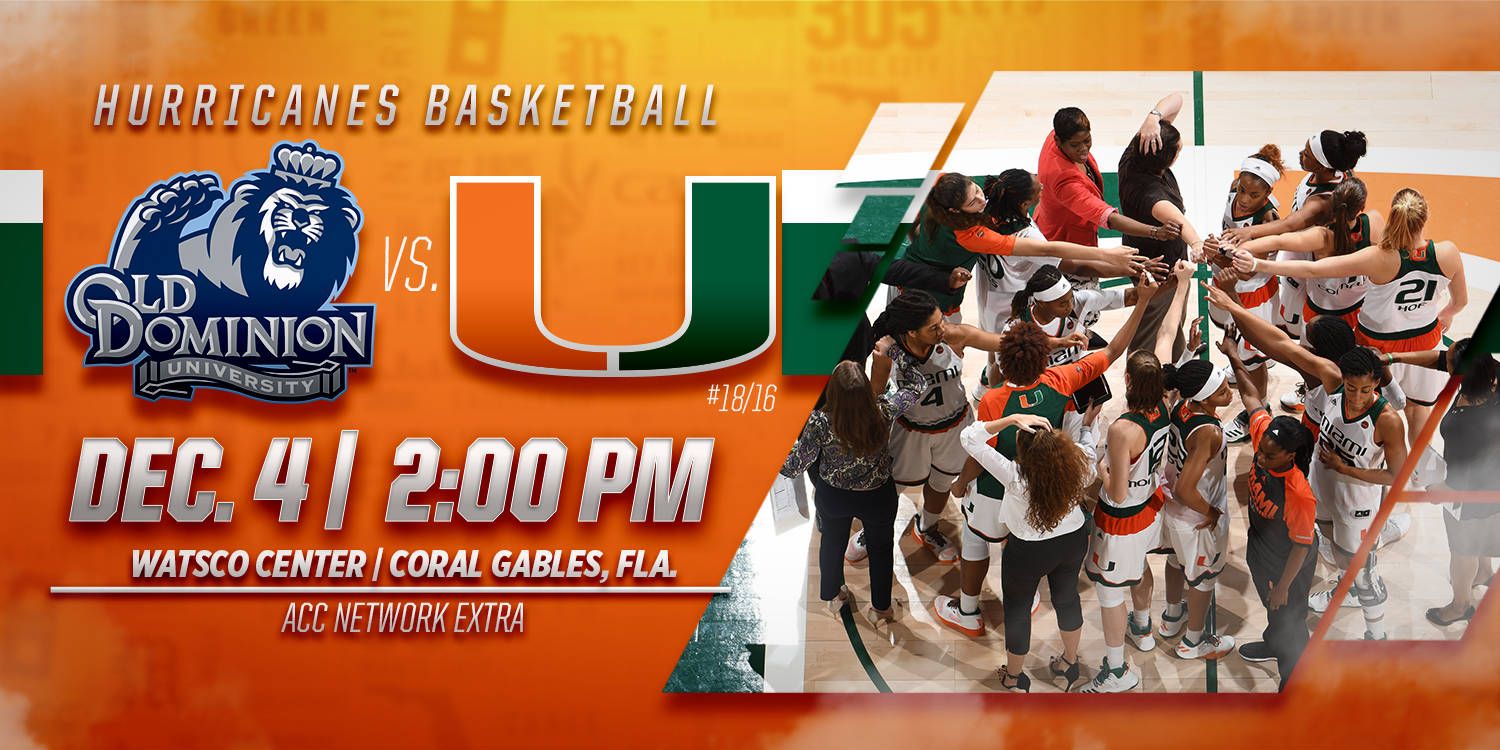 CORAL GABLES, Fla. – Fresh off a 94-89 overtime victory at No. 9/10 Ohio State, the University of Miami women’s basketball team returns home to take on Old Dominion Sunday at 2 p.m.

For No. 18/16 Miami (6-1), the contest will begin a stretch of six consecutive games in Miami-Dade County, five of which will be at the Watsco Center.

The Hurricanes are 3-1 all-time against Old Dominion, notching their lone win in impressive fashion last year, with a 61-35 road triumph on Nov. 17, 2015.

Miami’s win at Ohio State Thursday night in the ACC/Big Ten Challenge was its sixth straight and the program’s first top-10 road victory since an 83-80 victory at sixth-ranked North Carolina on Feb. 2, 2014.

Old Dominion enters Sunday’s contest at 3-2 on the season and has won its last two games, both at home. The Lady Monarchs are led by redshirt senior guard Jennie Simms, a Preseason All-Conference USA selection, who is leading the league in scoring at 26.4 points per game, good for second in the country.

Miami’s game against the Lady Monarchs will be broadcast live on ACC Network Extra HERE, as well as carried live on WVUM 90.5 FM HERE. Live stats for the game can be found HERE.

Miami will play its second consecutive home game Tuesday at 11 a.m., when it meets Loyola Chicago at the Watsco Center.