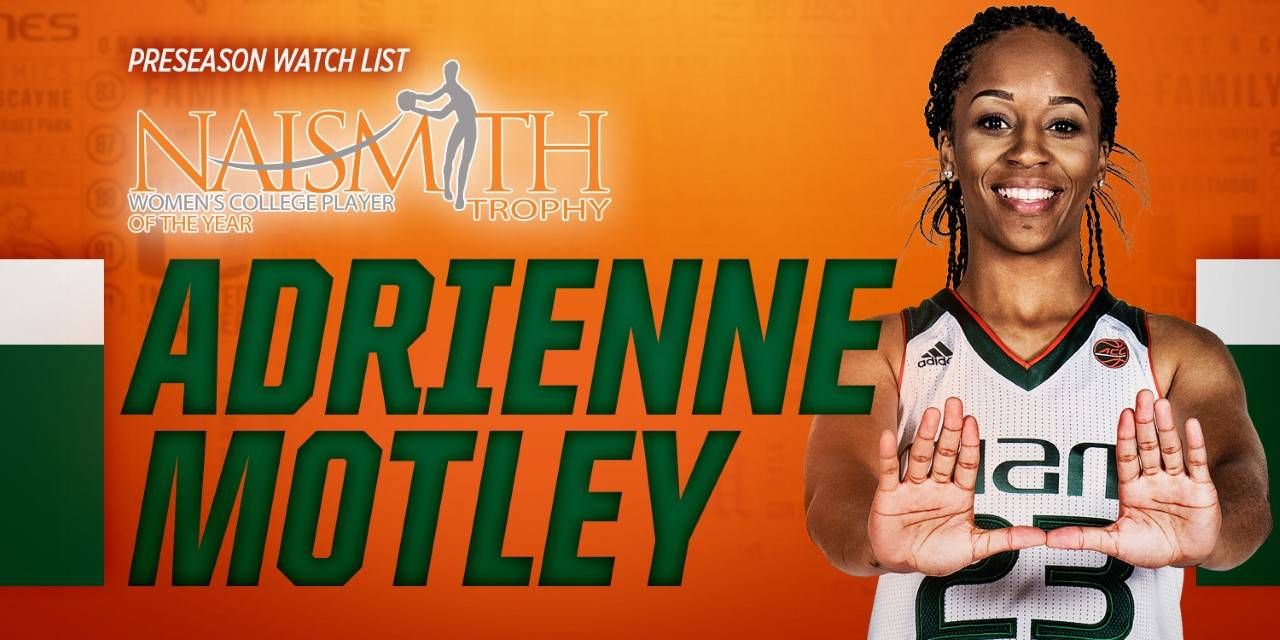 CORAL GABLES, Fla. – Adrienne Motley of the University of Miami women’s basketball team has been tabbed as a member of the 2017 Naismith Trophy Women’s College Player of the Year Preseason Watch List, as announced Wednesday by the Atlanta Tipoff Club.

This is the second consecutive year in which Motley has been on the initial watch list for the prestigious honor. The senior guard was also named a Preseason All-ACC selection for the second straight year.

A native of Newport News, Va., the 5-foot-9-inch Motley currently ranks ninth all-time at Miami with 1,487 points. She is a two-time First Team All-ACC pick and was a 2015-16 WBCA Coaches’ All-America Team Honorable Mention.

This season, Motley co-leads the Hurricanes in made field goals, ranks second in scoring, assists and minutes, third in 3-point percentage (min. one 3PA per game) and blocks, plus is fourth in rebounding.

There are 12 ACC players among the 50 players on the Naismith Trophy Women’s College Player of the Year Preseason Watch List, good for the most of any conference.