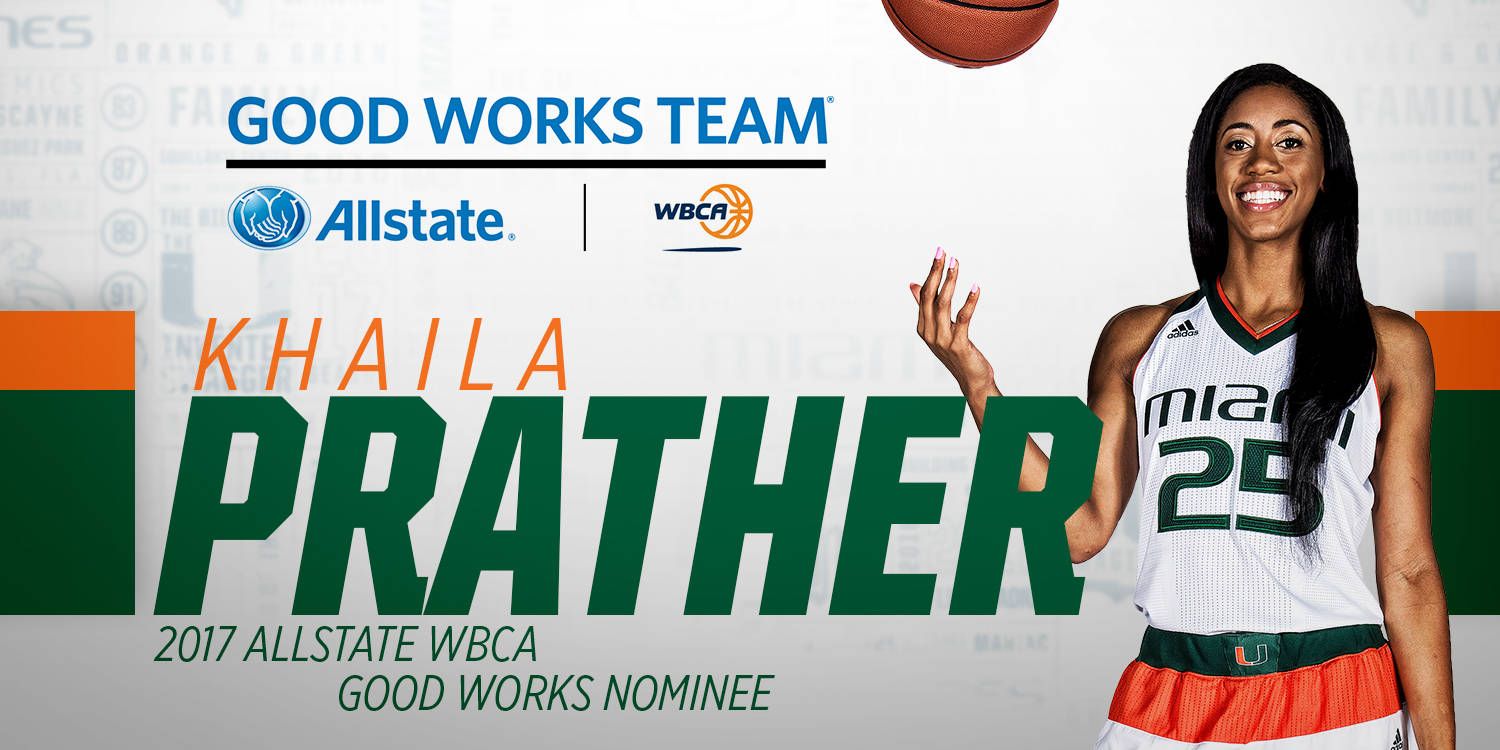 The junior forward was one of 97 women’s players selected for nomination. Of those, 64 are from Division I programs and seven are from the ACC.

“The positive impact that student-athletes are making on college campuses and communities around the world can sometimes go unnoticed,” said Thomas Clarkson, president of the west territory for Allstate Insurance Company and a member of the 2017 WBCA and NABC Good Works Teams® selection panels. “Allstate is a proud supporter of NCAA® college basketball and takes immense pride in working with the NABC and WBCA to recognize players who continue to make giving back a priority and inspire future generations of athletes.”

This esteemed award honors an outstanding group of student-athletes who represent the sport’s finest in the areas of community service and leadership among their peers.

The Allstate WBCA and NABC Good Works Teams® recognizes players at all levels of college basketball whose charitable involvement and altruistic acts stand out amongst all other student-athletes participating in the sport. From leading an initiative to help end the water crisis in Flint, Mich., to co-founding a non-profit with the mission to improve literacy rates across the country, the players nominated embody the true spirit of teamwork and giving back.

Prather is a member of the University of Miami Student-Athlete Advisory Committee Executive Board, serving as the Co-Coordinator for Community Service and Campus Engagement.

A native of Upper Marlboro, Md., Prather leads the team in community service hours and is involved in a number of charitable endeavors. She has volunteered time on weekends with the Guardian ad Litem Program, which supports and assists foster children in Miami-Dade County, as well as Branches, which is an after-school program for in-need children.