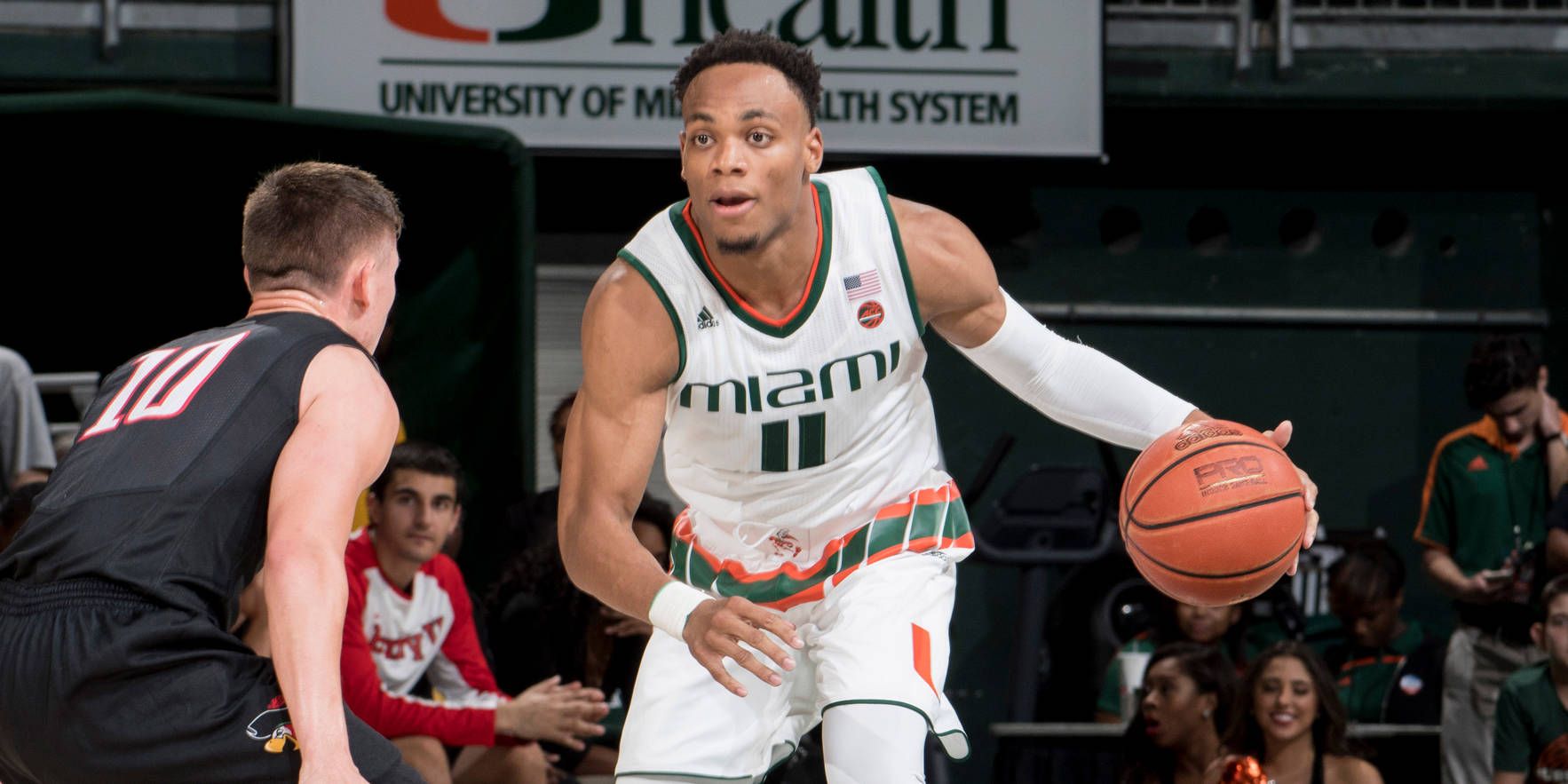 LAKE BUENA VISTA, Fla. – Miami ended its run at the AdvoCare Invitational in fourth place Sunday night, falling to Florida, 65-56, at the HP Field House on the ESPN Wide World of Sports complex.

The Gators (6-1), who were held scoreless for the first five minutes of the second half, went on a 13-4 run to regain control in the middle stages of the final period.

Miami (4-2) cut an eight-point deficit to four at 55-51 on a jumper by Newton with 3:51 remaining, but Florida scored points on its next five offensive possessions to seal the victory. The Hurricanes swept a home-and-home against the Gators, winning games in 2015 and 2016, but came up short Sunday night.

Florida did not score its first points of the second half until a pair of free throws by Keith Stone with 14:34 remaining in the contest. Its first field goal of the half came with 12:47 left, ending a stretch of 10 consecutive missed shots.

Stone finished with 15 points, while Kasey Hill led all scorers with 16.

Trailing 5-2 early, the Hurricanes went on an 11-0 run thanks to three-pointers by Brown and senior Davon Reed sandwiched around an Anthony Lawrence jumper, followed by a traditional three-point play from Newton.

Huell led the way for Miami with eight points and four rebounds in the first half.

“We need some guys to just play a little better,” Larrañaga said. “With the short roster that we have, we can’t have guys not contribute anything other than minutes.”

The Hurricanes next host Rutgers at the Watsco Center in the ACC-B1G Challenge on Wed., Nov. 30. Tipoff is set for 7 p.m. on ESPNU.