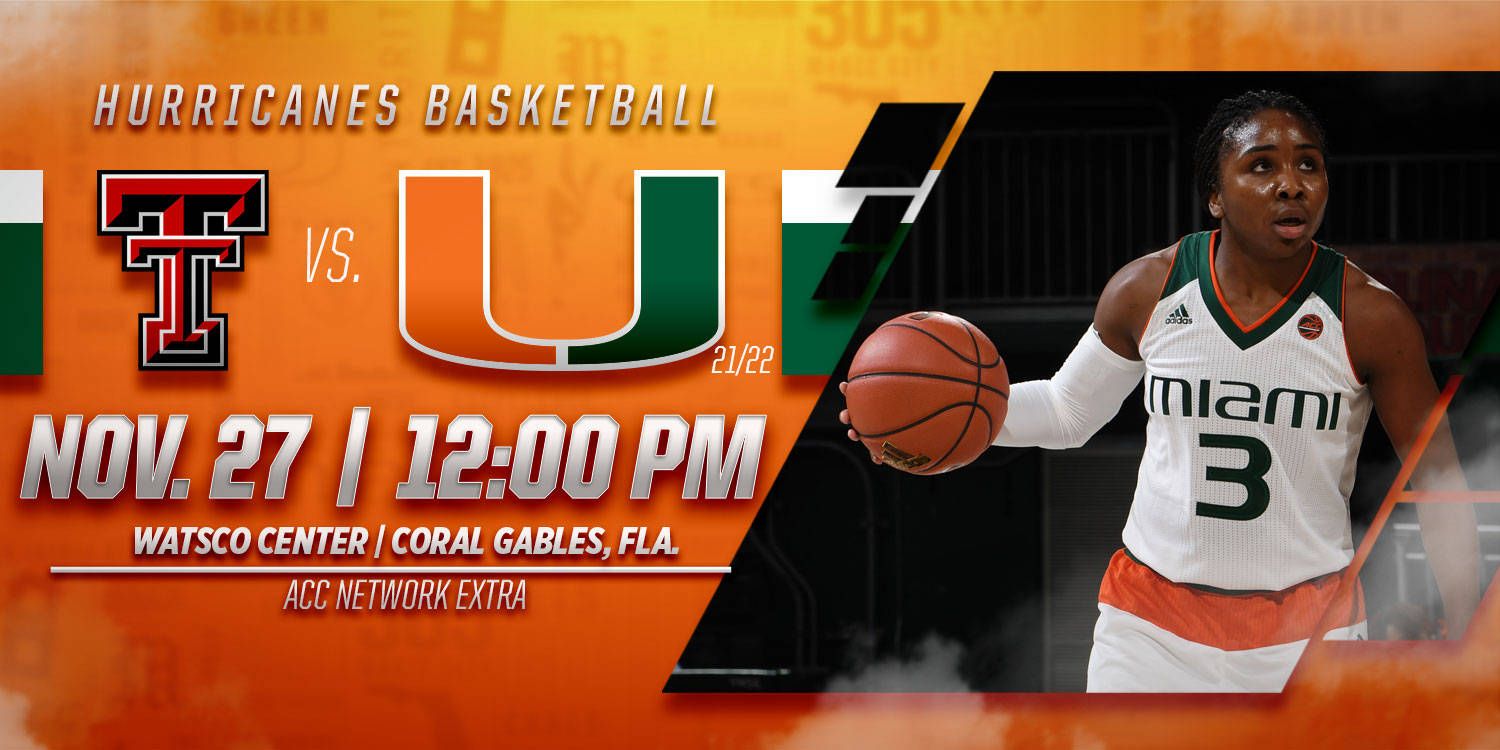 CORAL GABLES, Fla. – The University of Miami women’s basketball team is set to take on Texas Tech in the title game of the Miami Thanksgiving Tournament Sunday at noon at the Watsco Center.

The event will then conclude with a 2 p.m., matchup between Fordham and Grambling State in the consolation game.

The Hurricanes have dropped both of their prior games against the Lady Raiders. In the most recent matchup, Texas Tech earned 109-49 home victory on Dec. 6, 2004.

In the win over the Lady Tigers, all 11 Hurricanes who played registered at least three points, with seven scoring eight-plus. Jessica Thomas paced Miami with 14 points, while fellow senior guard Adrienne Motley had 12 and moved into the top 10 on the program’s all-time scoring list.

Texas Tech tied for seventh in the Big 12 preseason poll and is coming off a season in which it finished 13-17 (3-15 B12). Sophomore guard Recee’ Caldwell, at 21.0 points per game, leads a trio of Lady Raiders averaging over 16.0 points an outing.

The matchup between the Hurricanes and Lady Raiders will be broadcast live on ACC Network Extra HERE, as well as carried live on WVUM 90.5 FM HERE. Live stats for the game can be found HERE.

Following the Miami Thanksgiving Tournament, the Hurricanes will hit the road for an ACC/Big Ten Challenge contest at eighth-ranked Ohio State Dec. 1 at 7 p.m.