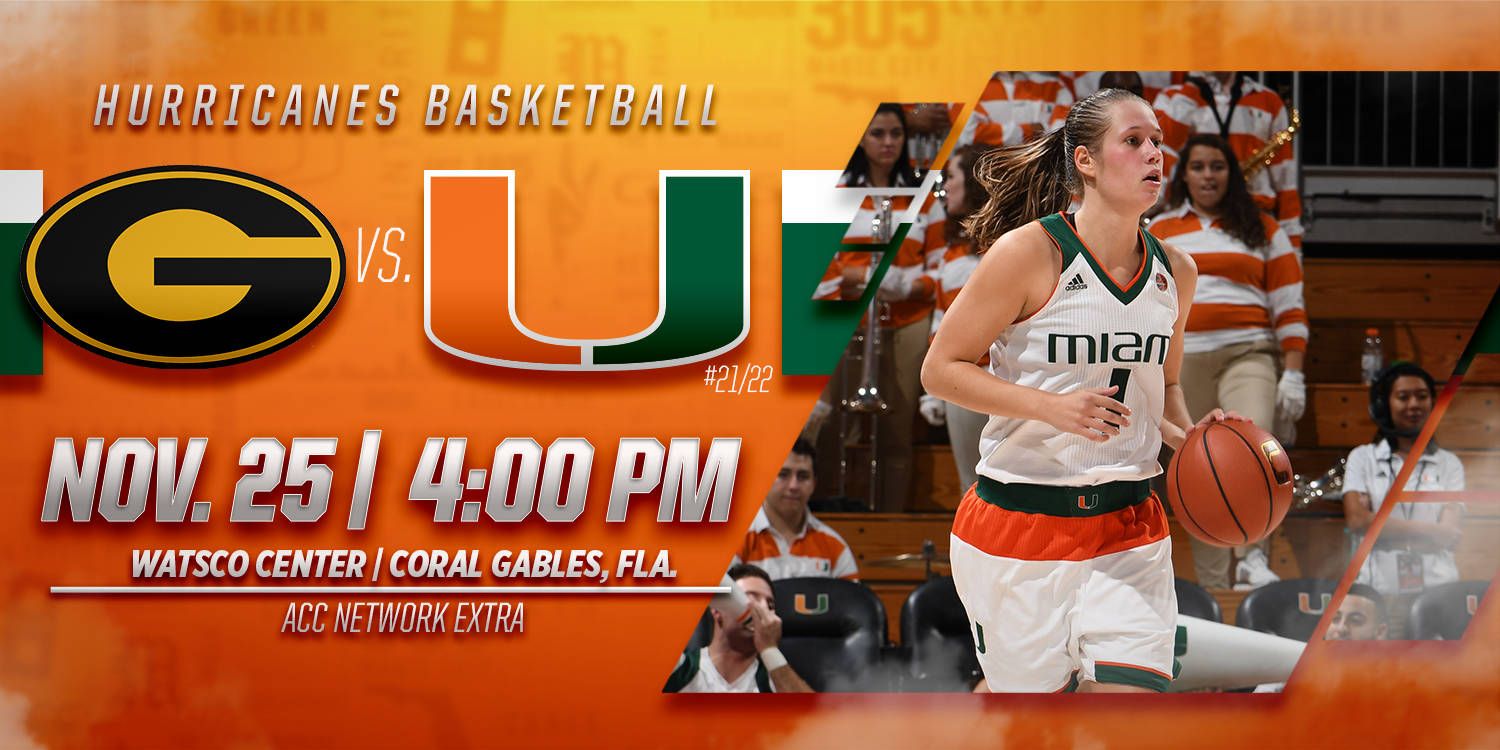 CORAL GABLES, Fla. – The University of Miami women’s basketball team will begin play in the Miami Thanksgiving Tournament against Grambling State Friday at 4 p.m., at the Watsco Center.

It will be the second game of the event, following the 2 p.m., contest between Fordham and Texas Tech. Tickets will allow fans entry to both matchups.

No. 21/22 Miami (3-1) is 19-1 all-time in Miami Thanksgiving Tournament/Classic play. The Hurricanes and Lady Tigers have split their four prior meetings, just one of which is in the past two decades. In that meeting, Miami earned an 83-65 home victory on Dec. 21, 2008.

The Hurricanes have won three straight games, all by at least a dozen points. Most recently, Miami picked up a 62-50 road victory at St. John’s behind a career-high 16 points from junior forward/center Erykah Davenport. Senior guard Jessica Thomas added 15 points and shot 13-of-15 at the free throw line, while redshirt senior forward Keyona Hayes had a double-double with 13 points and 11 rebounds.

Grambling State (1-3) was picked fourth in the SWAC preseason poll and is coming off a 17-14 (13-5 SWAC) campaign in 2015-16. The Lady Tigers are led by sophomore guard Shakyla Hill, a Preseason First Team All-SWAC selection who is averaging 15.0 points per game.

The contest between Miami and Grambling State will be broadcast live on ACC Network Extra HERE, as well as carried live on WVUM 90.5 FM HERE. Live stats for the game can be found HERE.

Team posters and schedule cards will be available at the marketing table by the main entrance. The first 200 fans in attendance will receive clear plastic stadium bags that can be utilized at Saturday’s Miami football game at Hard Stock Stadium, and other future events.

The Hurricanes will play their second and final game of the Miami Thanksgiving Tournament at either noon or 2 p.m., Sunday against Fordham or Texas Tech.