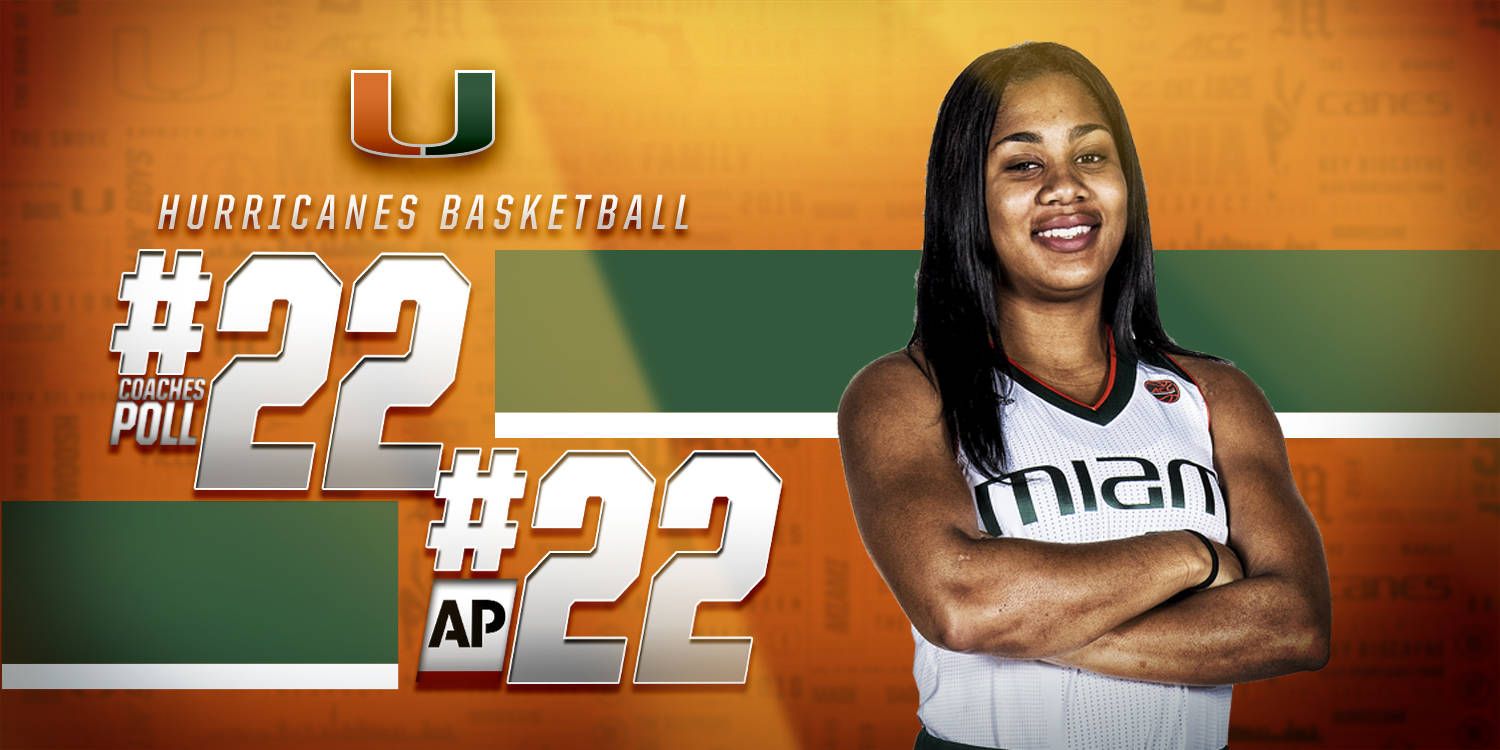 @CanesWBB Ranked No. 22 in Both Polls

CORAL GABLES, Fla. – Following the first weekend of action in the 2016-17 season, the University of Miami women’s basketball team stayed in the top 25 of both major national polls.

Miami began its campaign by falling at Kentucky, then No. 19 in both polls and now ranked No. 15/19, in the lone top-25 matchup in the country on the first night of the season.

After falling to the Wildcats, the Hurricanes returned to the court two days later in Lexington, Ky., and notched a 77-53 victory against Albany.

The Hurricanes are set to host Charlotte in their home opener Wednesday at 7 p.m., at the Watsco Center.