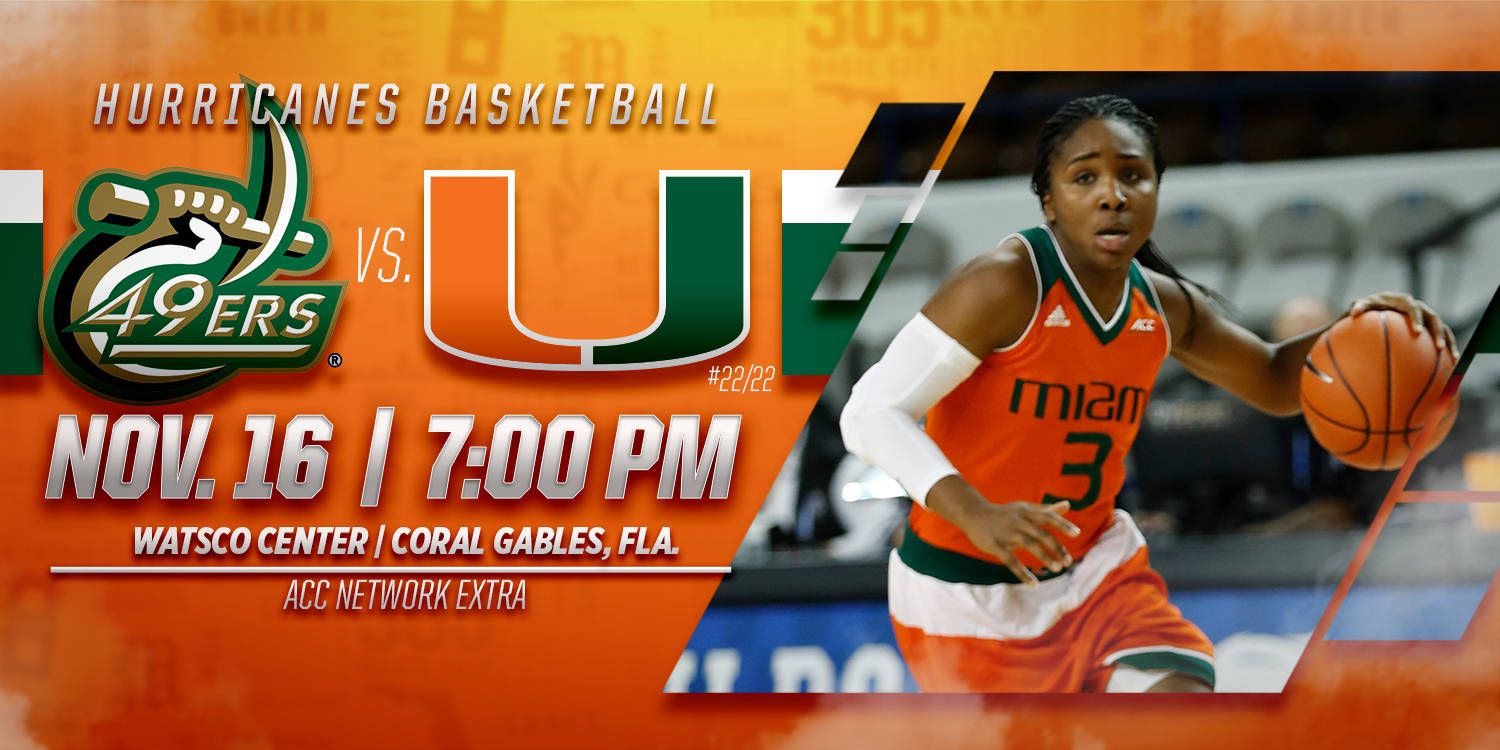 CORAL GABLES, Fla. – The University of Miami women’s basketball team will play its first game at the newly-named Watsco Center when it hosts Charlotte Wednesday at 7 p.m.

After beginning the season with a pair of games in Lexington, Ky., this will serve as the home opener for No. 22/20 Miami (1-1).

Miami head coach Katie Meier spent the first four years of her head coaching career at Charlotte, leading the 49ers to a 76-45 (36-20 C-USA) record and three postseason trips from 2001-05. In 2002-03, Meier guided Charlotte to its first NCAA Tournament berth and earned C-USA Coach of the Year honors.

Following an 82-66 defeat at No. 19/19 Kentucky in the first game of the season, Miami rebounded with a dominant 77-53 neutral site victory against Albany. Six Hurricanes scored nine-plus points, with sophomore guard Laura Cornelius’ 12 pacing the group.

Charlotte, picked to finish fourth in Conference USA, is led by senior guard Lefty Webster, who is averaging a double-double with a team-high 14.5 points and a co-team-best 10.0 rebounds per game thus far. The 49ers were 19-12 (12-6 C-USA) last year and participated in the WNIT.

Wednesday night’s matchup will be broadcast live on ACC Network Extra HERE, as well as carried live on WVUM 90.5 FM HERE. Live stats for the game can be found HERE.

Team posters and schedule cards will be available at the marketing table by the main entrance. A chalk talk for season ticket holders will take place in the Hurricane 100 Room at 5:30 p.m.

After facing Charlotte, Miami will be back on the road for a Sunday night contest against St. John’s at 7 p.m., in Queens, N.Y.