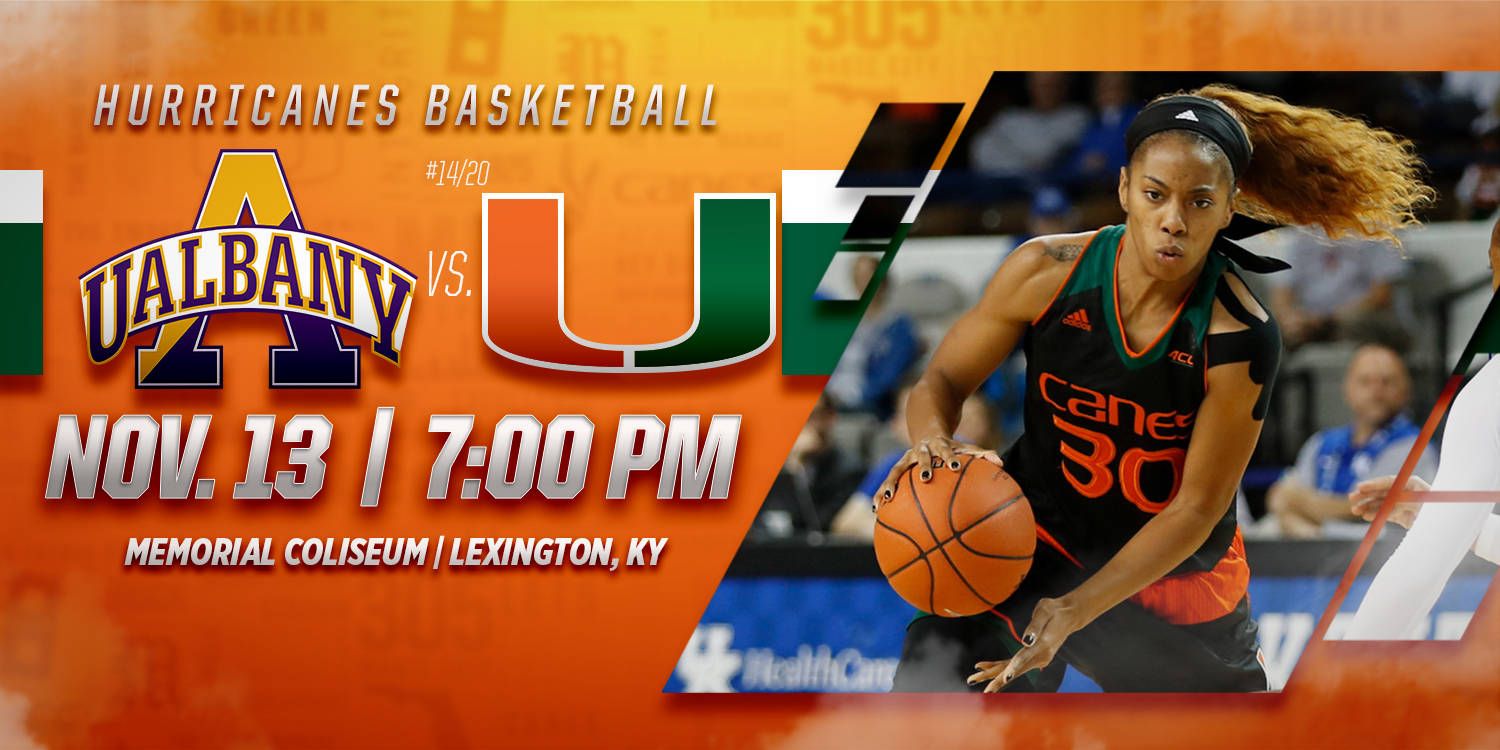 LEXINGTON, Ky. – The University of Miami women’s basketball team will conclude play at the Kentucky Classic when it takes on Albany at 7 p.m., Sunday night at Memorial Coliseum.

This will make the first all-time meeting between No. 14/20 Miami (0-1) and Albany (0-0). The Great Danes are the lone team on the Hurricanes’ schedule this season they have not previously played.

Miami dropped its opener in Lexington Friday night, falling to No. 19 Kentucky, 82-66, after the Wildcats closed the game on a 15-2 run. Adrienne Motley led Miami with 16 points, while fellow senior guard Nigia Greene had 11 and tied a career best with three 3-pointers.

The Hurricanes have 10 of 11 letter winners back from last year’s 24-9 (10-6 ACC) team that tied for the fifth-most wins in a single campaign in program history and reached the NCAA Tournament for the fifth time in six seasons. Twelfth-year head coach Katie Meier has led Miami to the postseason seven years in a row and to 20-plus victories in six of those campaigns.

Albany has yet to begin play in 2016-17 and starts its campaign Saturday night when it faces Kentucky in the second game of the Kentucky Classic.

The Great Danes, picked first in America East for the fifth consecutive year, have reached the NCAA Tournament each of the last five years. They posted a 28-5 (15-1 AE) record in 2015-16 and made the second round of the NCAA Tournament.

Sunday’s game will be carried live on WVUM 90.5 FM HERE. Live stats for the matchup can be found HERE.

Following its second matchup in Lexington, the Hurricanes will return home to host Charlotte at 7 p.m., Wednesday at the Watsco Center in Coral Gables, Fla.