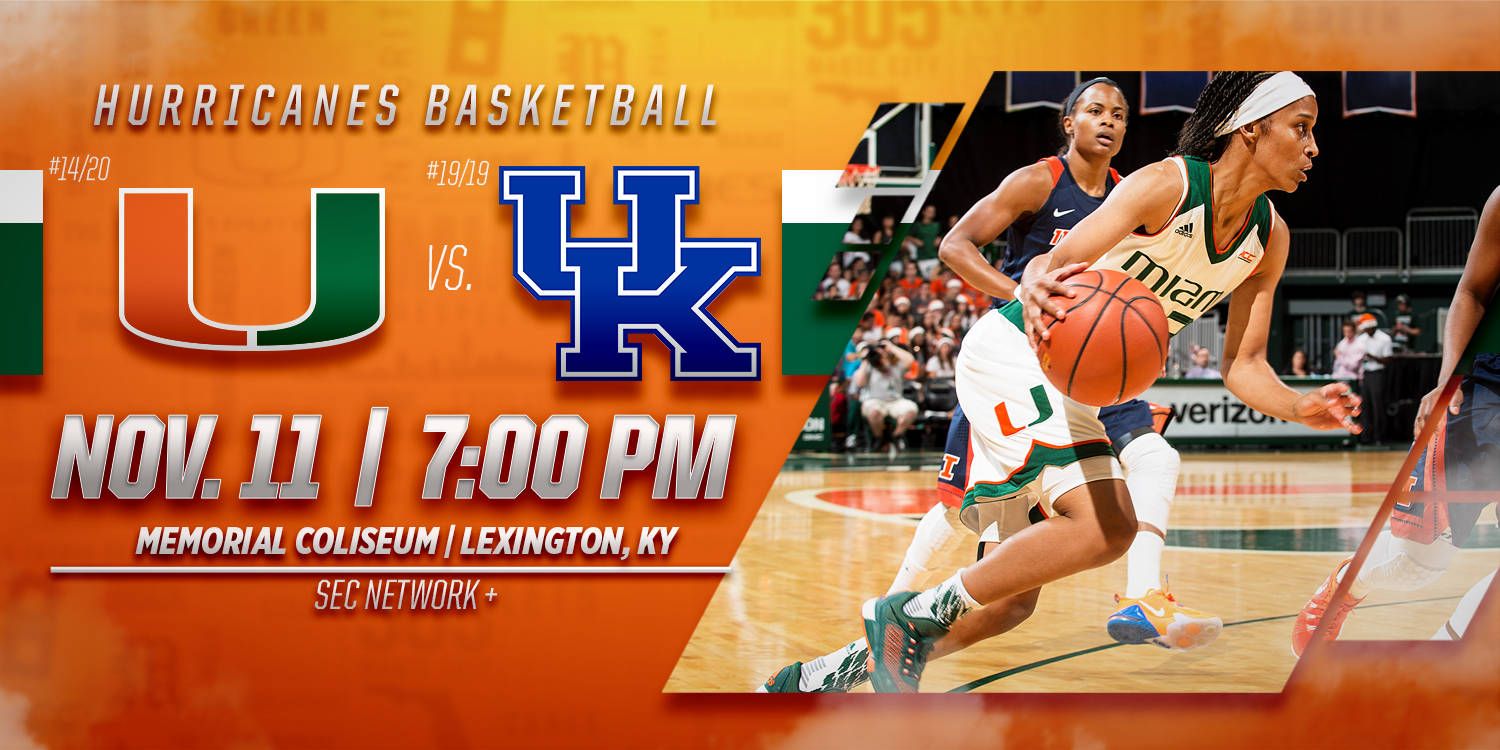 CORAL GABLES, Fla. – The University of Miami women’s basketball team will begin its 2016-17 campaign this weekend at the Kentucky Classic in Lexington, Ky.

The Hurricanes are set two play two games, with the season opener coming Friday at 7p.m., against homestanding Kentucky at Memorial Coliseum. Miami will be starting the season with a true road game against a team outside the state of Florida for the first time in program history.

Both Miami and Kentucky are ranked in the top 20 in the nation, with the Hurricanes at No. 14 in the Associated Press Poll and No. 20 in the USA TODAY Coaches Poll and the Wildcats at No. 19 in both. Friday’s game is the only one across the nation on the season’s first night featuring two ranked teams.

The Hurricanes return 10 of 11 letter winners from last year’s 24-9 (10-6 ACC) team that tied for the fifth-most wins in a single season in program history and reached the NCAA Tournament for the fifth time in six years.

Miami, under the direction of 12th-year head coach Katie Meier, has made the postseason seven years in a row and logged 20-plus victories in six of those campaigns. Senior guard Adrienne Motley was named a Preseason All-ACC pick for the second year in a row and also was a College Sports Madness Preseason Fourth Team All-American.

Friday night’s contest will be broadcast on SEC Network + HERE, while action will also be carried on WVUM 90.5 FM HERE. Live stats for the matchup can be found HERE.

After taking on the Wildcats, the Hurricanes will play their second game at the Kentucky Classic two days later, also at 7 p.m., against Albany.