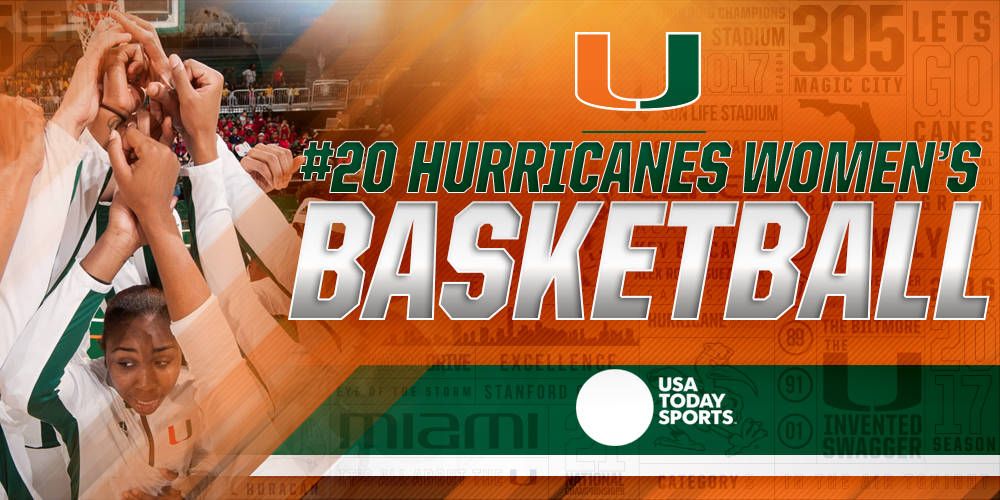 CORAL GABLES, Fla. – The University of Miami women’s basketball team is ranked No. 20 in the nation in the preseason 2016-17 USA TODAY Coaches Poll, as announced Thursday afternoon.

The preseason mark is the highest for the Hurricanes since a No. 7 ranking prior to the 2011-12 season. Miami was last in the preseason rankings in 2012-13, when it was No. 23 in the Coaches Poll and No. 24 in the Associated Press Poll.

The Hurricanes, who were picked to finish fifth in the ACC preseason poll, are one of five teams from the league in the preseason top 20. Eight teams in the conference garnered points in the balloting.

In 2015-16, head coach Katie Meier’s team finished with a 24-9 (10-6 ACC) record and checked in at No. 24 in the final Coaches Poll after reaching the NCAA Tournament for the fifth time in six years.

Miami will begin the season Nov. 11, when it plays on the road at No. 19 Kentucky. Two days later, the Hurricanes are set to face Albany in their second game of the Kentucky Classic in Lexington, Ky.